This week hasn't exactly been kind to EA and DICE's Star Wars Battlefront II, with the presence of in-game loot creates and pay-to-win Star Cards overshadowing some of the more positive aspects of the game. But, if there's one plus it's that they haven't been silent. And now after yesterday's intense Reddit AMA it looks like the in-game currency, Crystals, are now unavailable for purchase.

This has been confirmed with other sources, including our friends at Stevivor, and as per the screenshot we captured moments ago on the Xbox One version. As you can see, attempting to purchase Crystals brings up an empty page. 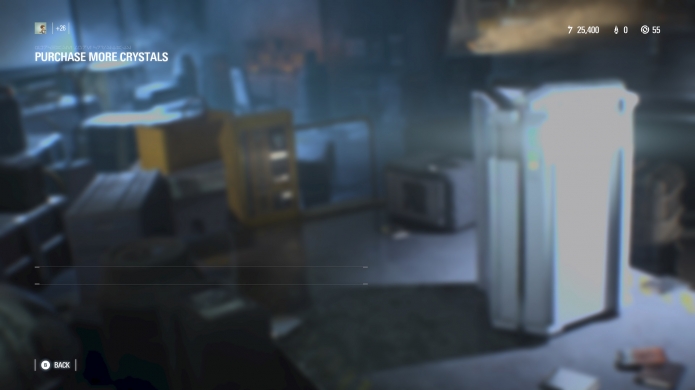 As of right now we don't know whether this is a glitch, or a step towards overhauling the item and loot system. As per the Reddit AMA yesterday the changes could be quite extensive, with DICE stating "I think crates can be a fun addition as long as you don't feel forced to engage with them in order to progress. I feel that's where the issue is with our game right now and that's where we'll look to solve as quickly as we can. We're looking to add additional ways to progress your favourite character or class, while allowing crates to be a fun thing for those who want to engage with them."

UPDATE: It's official, with DICE GM stating the following.

We hear you loud and clear, so we’re turning off all in-game purchases. We will now spend more time listening, adjusting, balancing and tuning. This means that the option to purchase crystals in the game is now offline, and all progression will be earned through gameplay. The ability to purchase crystals in-game will become available at a later date, only after we’ve made changes to the game. We’ll share more details as we work through this.

We have created a game that is built on your input, and it will continue to evolve and grow. Star Wars Battlefront II is three times the size of the previous game, bringing to life a brand new Star Wars story, space battles, epic new multiplayer experiences across all three Star Wars eras, with more free content to come. We want you to enjoy it, so please keep your thoughts coming. And we will keep you updated on our progress.