Called Resurrection, it will focus on Commander Iden Versio during the days of the First Order’s rise to power. The add-on is set to drop December 13 alongside a suite of free content including maps and heroes to mark the release of the new film 'The Last Jedi'. No word yet if the single-player DLC will fall under the same "every post-launch hero, map, ship, and weapon will be free for everyone who owns the game" banner.

But then again we wouldn't be upset if post-release single player content for Star Wars Battlefront II cost a few dollars. 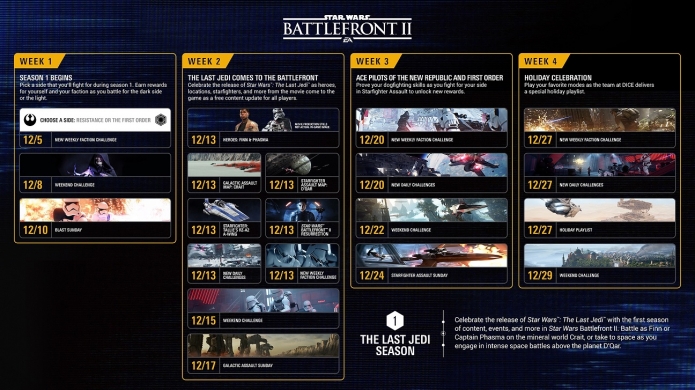 Alongside the new content comes factions, where players will choose either the First Order or Resistance and take part in special challenges for faction rewards. This new feature also marks the start of seasonal content for the game with Season 1 'The Last Jedi Season' also bringing a new planetary map from the film 'Crait'.

It certainly sounds cool, and for more info head here.