Yeah, the Total War from a few years back. Called Empire Divided it will include new features like cults, bandits, and plagues in a cinematic approach to the final days of the Roman Empire in 270 AD. With ten playable factions each with their own unique leaders, the new expansion showcases developer Creative Assembly's focus on creating new content for a number of its Total War titles.

Including those which we assumed were finished. 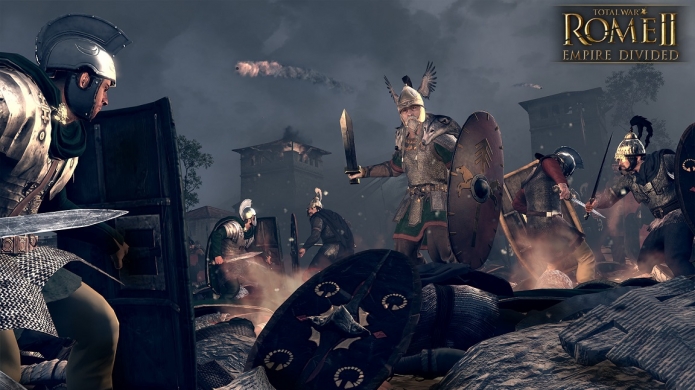 Heroic factions in Total War: ROME II – Empire Divided will have different win conditions and specific event-chains that explore the stories of those leaders from history. These narrative focussed campaigns will also have specific tech trees built around those characters and you will also be able to recruit specific units for them as well. On top of all of this, these characters will not die in battle and will only be reduced to the wounded state. These create rich, narratively focussed campaigns to build your empires around.

Empire Divided will be available December 1 and you can pre-order now via the Steam Page.

This is approximately AUD$52.67
(compare all prices)