Forspoken is a game that consistently fails to deliver, despite some lofty ideas, and manages only to impress in the most obscure moments.
Forspoken Review - An Awkward Experience
There's an Overwatch Game Easter Egg in BlizzardWorld
Post by Joaby @ 06:30pm 08/11/17 | 0 Comments At BlizzCon this weekend just past, Blizzard and the Overwatch team revealed the game's newest map. A theme park called "BlizzardWorld" -- a hybrid map that starts with players attacking out of a Hearthstone Inn before gradually touring all of Blizzard's games.

Well, all of them except for one. 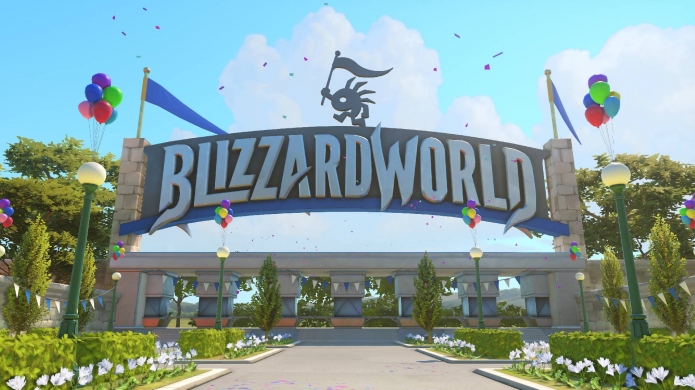 "I think we do have one tiny, tiny, tiny, tiny Easter egg, Renaud said. "One little, like, Overwatch touch in the map. I'll let you play it and discover it. It's one little character hiding somewhere."

Renaud could be talking about the Heroes Arcade — where Soldier: 76, D.Va and Sombra all have high scores — but the way he worded his hint makes me think it might be something different. Something meta.

Stay tuned to AusGamers for the full details in our forthcoming interview with Geoff Goodman and Renaud Galand, where we talk in detail about BlizzardWorld, Moira, and how the team is making Overwatch easier to watch.

Check out the video below for a closer look at "BlizzardWorld".