We sit down with Typhoon Studios’ Alex Hutchinson to talk about the studio’s first game, comedy, co-op, and striving to be the fourth-best.
Journey to the Savage Planet - Developer Interview
Destiny 2 Drops for PC Today, Here's Everything You Need to Know
Post by Steve Farrelly @ 12:50pm 25/10/17 | 0 Comments It might be a bit late to the party, but apparently that's just being fashionable these days. At any rate, Bungie's mega-shooter, Destiny 2, has finally released for the Desktop peeps out there, and comes just in time to add itself to the ever-growing list of Holiday release games players will need to choose from as we close in on the end of 2017.

Bungie and Activision have also gone out of their way to ensure this isn't just a console port, but rather is fully "optimised to take full advantage of the PC platform", with the following features being highlighted:

"It’s not every day that you get to welcome a new community to a game, but today we’re very excited to welcome PC players to the incredible universe of Destiny 2,” said Eric Hirshberg, CEO of Activision. “And with the unique partnership between Activision, Bungie and Blizzard, we’re giving players a gaming experience they won’t soon forget. Time to defeat Ghaul on triple monitor widescreen.”

They also provided us with a full PC Fact Sheet, which we've copied in, in full, for you below. But we've also added some PC-specific screens for your perusal which you can also check out below. Our console review of the game can be found here. Do you plan to jump in and see what all the hype has been about? 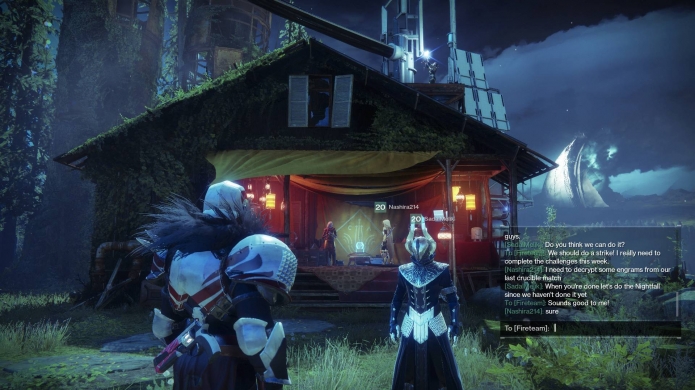 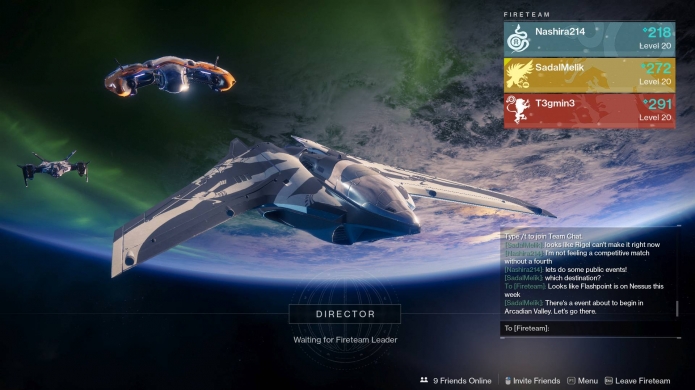 Product Description
Destiny 2 is a first-person action game and the evolution of its award winning, internationally acclaimed predecessor, Destiny. With a compelling, immersive story and fresh beginning awaiting all new, returning, casual, and competitive players, Destiny 2 will deliver an experience for new and existing players to discover.

Cinematic Story with Relatable Characters
Humanity has fallen to an overwhelming invasion force, led by Lord Ghaul, the imposing commander of the brutal Red Legion. He has stripped Guardians of their power, and forced the survivors to flee their home. Players will venture out into our solar system to discover an arsenal of weapons and devastating new combat abilities. To defeat the Red Legion and confront Ghaul, they must reunite humanity’s scattered heroes, stand together, and fight back to reclaim our home.

Destinations of Destiny 2
▪ European Dead Zone – The largest destination yet featuring a lush forest, abandoned town, a cave system below the surface, and a Red Legion military base to explore and contest.

▪ Titan – One of Saturn’s Moons where Commander Zavala is regrouping at the hands of Ghaul. There is no land on Titan. Instead, players explore a series of Golden Age platforms surrounded by a rolling ocean.

▪ Nessus – a strange and unstable planetoid that has been fully consumed by the Vex where players will find Cayde-6 is caught up in his own adventures in a stunning landscape of sheer walls, lush canyons, and creepy Vex caverns.
▪ Io – A moon of Jupiter, where Ikora Rey has gone in search of answers. Io is the last known site the Traveler visited during the Golden Age, it’s now occupied by our enemies.

All New Director
Your guide throughout Destiny 2 in your search for Adventures, Lost Sectors, new Public Events, and more. Players can pick a landing zone, explore, and seamlessly jump into other activities in game.

Adventures
▪ Shorter missions with self-contained stories for players to learn more about the Destiny 2 universe and the characters that live there.
Lost Sectors

▪ Scattered, enemy dungeon layers throughout the world you can discover with unique boss enemies guarding treasure to earn.
Public Events

▪ Unique, optional, dynamic combat activities that players can join on the fly as they roam around the world solo or with up to nine other players.

Action, Adventure, and Gameplay Activities for All Types of Players: New, Returning, Casual, and Competitive

▪ The Raid – Six-player missions with incredible challenges and rewards.

Face-off Against Opponents in Competitive Experiences

▪ The Crucible: Competitive 4v4 PvP Gameplay with New Modes and Maps
- Countdown is a new competitive mode where players spawn on either Offence or Defence, and when the round ends you swap sides and roles. The goal is to plant a bomb at the enemy base, and then defend it until it explodes. Each round is worth one point. First team to six wins. To revive a teammate, you must use a revive token. Power weapon ammo is only granted to the one player who pulls it. Working as a team is the key to victory.

▪ New integrated system that allows friends to bring their community and unique culture to the forefront of Destiny. Clans have been fully integrated into the game and will provide official banners, invitations, and their own rewards and experience systems for all members.

Guided Games
▪ A new feature that brings solo players and clan communities together to play Destiny 2’s most challenging activities including Raids, Trials and Nightfall Strikes.

Three New Subclasses
▪ Dawnblade Warlock o Rises like a phoenix from the ashes and rains down flaming swords.

▪ Sentinel Titan o Conjure a shield to deflect enemy fire and take down opponents at range.