When it was first announced we were a little surprised that we were getting a sequel so soon after the release of the excellent Total War Warhammer. But, once we found out that it was all part of planned trilogy of titles there was cause to get excited. New regions, new races, new stories. And with Total War Warhammer II we get a good look at that vision in what is arguably the best Total War to date. 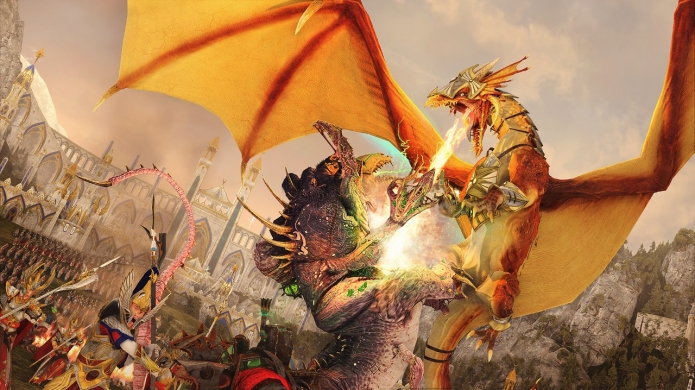 Whereas the campaign in the first game dealt with the inevitable, a large Chaos threat that would appear at the same time no matter what race you chose to play as, it presented an existential threat to everyone. And often led to the cool, but ultimately repetitive, conclusion of enemies becoming allies in the great battle against evil. This time we find a single goal for each faction - control the Great Vortex. Through conquest, diplomacy, and ritual. And in a stroke of genius, cap it all off with a huge end-times style battle for the ages.

At first the simple victory condition might feel a little vague, and confusing. But by levelling the playfield Total War Warhammer II’s campaign is ultimately freeing. And yes, better than the first.

There’s a level of confidence here that was only hinted at in the original.