Overwatch 2 is launching this October, and with a big reveal stream showcasing what's in store, we break it all down...
Overwatch 2 - Everything You Need To Know
Assassin’s Creed Origins is Getting an Amazing Free Update in 2018
Post by KostaAndreadis @ 01:30pm 28/09/17 | 0 Comments Called 'Discovery Tour' it turns the Egypt location depicted in Assassin's Creed Origins into a combat-free zone packed with with guided tours that will let players dive into the past. Yeah, so cool. Described as a "living museum" Discovery Tour will also be a free update to the game, and to be perfectly honest I'm just as excited for this as I am in the actual game itself. 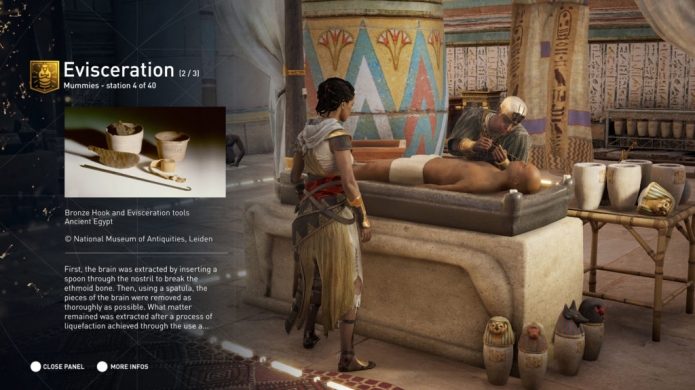 “This is something we’ve wanted to do for a long time, that we’ve been asked to do by teachers, by institutions,” says Jean Guesdon, creative director for Assassin’s Creed Origins. “Discovery Tour is another way to enjoy the beauty of the world we’ve recreated. It’s a more educative mode, so it’s clearly focused on education and on bringing to people actual facts, more academic knowledge.”

“When you start to tour, you will have a path that will lead you from station to station, in order to learn more,” Guesdon says. “For example, the mummification process, from the cleaning of the body to the removal of the organs, up to the ritual of the opening of the mouth. I hope that teachers will seize this opportunity to present that to their students, so they can learn with this interactive medium.

“We spent years recreating Ancient Egypt, documenting ourselves, validating the content with historians, with consultants, and we feel that many more people than just the players can benefit from that,” says Guesdon.

Just wow. And with a lot of the content curated by historians and Egyptologists, covering the Great Pyramids, the life of Cleopatra, mummification, and more, this is the sort of DLC that we can get fully behind.