We sit down with Typhoon Studios’ Alex Hutchinson to talk about the studio’s first game, comedy, co-op, and striving to be the fourth-best.
Journey to the Savage Planet - Developer Interview
PlayerUnknown’s Battlegrounds Has Now Surpassed the 1.5 Million Player Count on Steam
Post by KostaAndreadis @ 02:35pm 27/09/17 | 0 Comments Okay, I get it. Reporting on the number of people playing PUGB has become somewhat of a weird obsession for me of late. A game in and of itself, watching those number climb. Just when I though that topping Dota's 2 record might cause a slowdown in the climb comes word that PUBG has reached 1.5 million concurrent players on Steam. 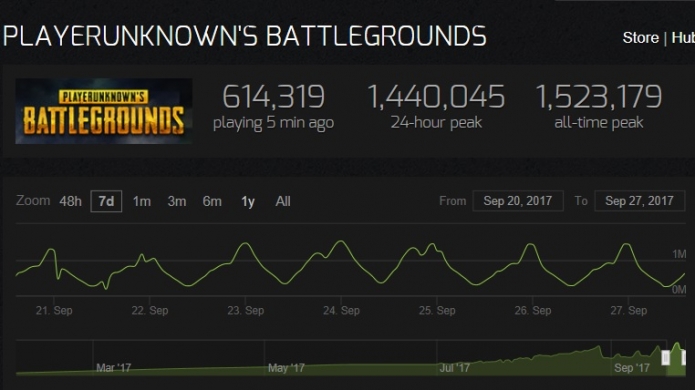 The question now is, will I be posting the next PUBG player count update before or after Christmas. When it inevitably hits 2 million players.