We sit down with Typhoon Studios’ Alex Hutchinson to talk about the studio’s first game, comedy, co-op, and striving to be the fourth-best.
Journey to the Savage Planet - Developer Interview
Call of Duty: WWII PC Open Beta Details!
Post by KostaAndreadis @ 12:32pm 15/09/17 | 0 Comments

Ahh the PC Open Beta of a big AAA release, a thing that rarely occurs at the same time as its console counterpart. But, always a great way to see just how well a modern FPS stacks-up both visually and in terms of combat feel. Mouse, keyboard, a kick-ass GPU. Today Activision and Sledgehammer Games have confirmed that the the Call of Duty: WWII PC Open Beta will be available to play from September 29 to October 2 PST via Steam. 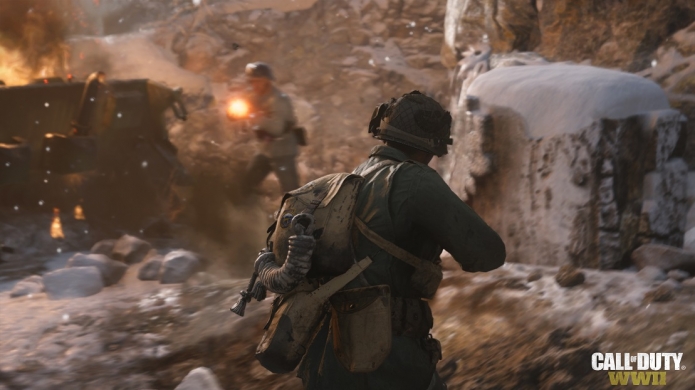 Which naturally brings up the question of specs. Which strangely we only have the minimum to share, which are kind of like looking back in time a bit.


Because it seems you wont need much grunt to get Call of Duty: WWII in a playable state on PC. Development duties for the PC version are being handled by Raven Software with this Open Beta designed to give PC players their first taste of Call of Duty: Old School whilst ensuring a smooth launch come November.