We sit down with Typhoon Studios’ Alex Hutchinson to talk about the studio’s first game, comedy, co-op, and striving to be the fourth-best.
Journey to the Savage Planet - Developer Interview
Blizzard Expands its BlizzCon 2017 Virtual Ticket to Include More of Everything
Post by KostaAndreadis @ 10:00am 14/09/17 | 0 Comments

They say that being in possession of a BlizzCon Virtual Ticket is the next best thing to being there, and in the case of BlizzCon 2017 the Virtual Ticket is expanding to make that statement even more true. As an event that is a celebration of all things Blizzard, this is another case of the beloved developer and publisher giving back to the community.

Coming in at the same price of $49.95 AUD, the BlizzCon 2017 Virtual Ticket will offer unprecedented live coverage of all the stages including for the first time some of the more in-depth developer discussions, community contents, voice actor panels, live art demonstrations, and more.

“In person tickets, they sell out in seconds,” Blizzard Senior Director of Global Community Development, Saralyn Smith tells me. “So year to year we have more people tuning in virtually, and we’ve been thinking about how we can bring more of BlizzCon to that virtual audience to make that as much of an epic experience as being there.”

“This has been a request from both players and employees for a while now so we’re pleased to be able to finally bring everything taking place on every stage at BlizzCon to the Virtual Ticket,” Saralyn adds. 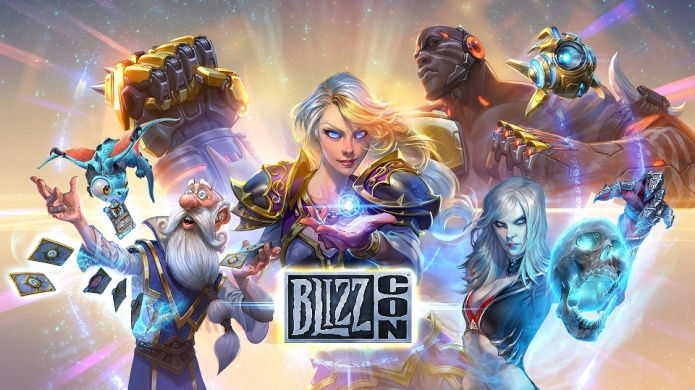 And it doesn’t stop there as there will also be BlizzCon All Access Channel that will take you on a guided tour throughout the convention. Very cool. Plus, at www.blizzcon.com the celebrations begin today with a number video ranging from cosplay preparation (BlizzCon is well known for its awesome cosplay) through to a series called Inside the Blizzard Vault.

“This is a series where we’re unearthing these legendary artefacts from Blizzard that have previously been unexposed to the public,” Saralyn explains. “And really, the only people that know what’s in the vault is the Blizzard Vault team.” One of the cool things we can also expect to find here are behind the scenes looks at the awesome Blizzard statues with input from the sculptors themselves.

“BlizzCon for us is a time when we’re with the community, and all the developers value that connection immensely. And we want to include more of our community, which is why there’s this richer virtual experience.”

Best of all the price stays the same. So be sure to head to the BlizzCon site for a taste of the new look and feel of the BlizzCon Virtual Ticket. There will be over 60 hours of BlizzCon content. And of course, Virtual Ticket holders can once again expect to get in-game goodies for World of Warcraft, Diablo III, StarCraft II, Overwatch, Hearthstone, and Heroes of the Storm.

Head to www.blizzcon.com to get your Virtual Ticket.