Wow, that definitely came out wrong. But, the sentiment is this - the Overwatch Pacific Championship (OPC) is returning, starting today, and broadcasting every Friday for Season 2. Teams from Japan, South Korea, Australia, and more will be once again battling it out live every week from Blizzard's impressive Estadium in Taipei.

Local heroes Blank Esports are returning in Season 2 after finishing second overall in Season 1, with the full roster and calendar as follows: 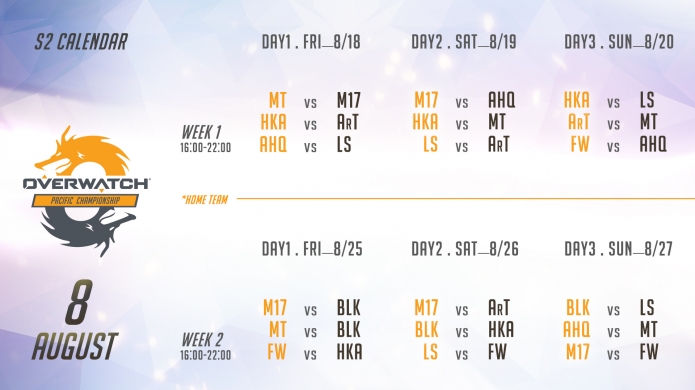 With the total prize pool on offer working out to be approximately $346,000 AUD. Matches will broadcast every Friday through Sunday from 6:00pm to 1:00am AEST from 18 August to 15 October at https://www.twitch.tv/fullcircle and via the embedded stream below. With Blank Esports’ first matches taking place next Friday.