With new community features, Zen Studios' Pinball PX3 is all set to usher in "the next generation pinball platform that will redefine the console and PC digital pinball experience". Based on the success of Pinball FX2 and the sheer number of licensed support it has received over the years we're inclined to agree.

So then, what does the next generation of digital pinball look like. Well, based on the announcement trailer, kind of the same -- because hey, it's pinball. The key difference being the introduction and focus on community engagement from multiplayer functionality to tournaments and even competitive challenges.

Plus, what looks like improved animation. And an improved interface. 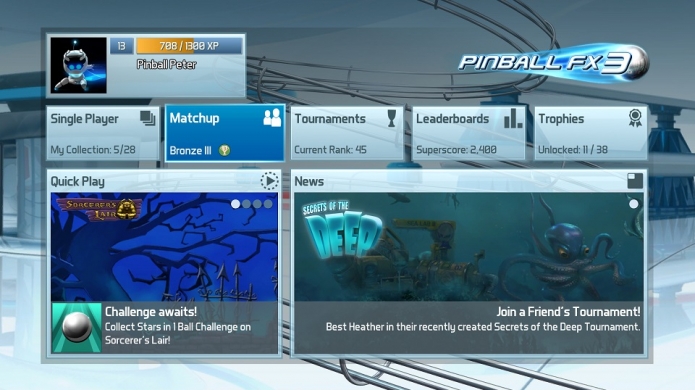 Pinball FX3 is coming soon to PS4, Xbox One, Windows 10 and Steam. Zen Studios has also confirmed that players will be able to import their Pinball FX2 and Zen Pinball 2 purchases into Pinball FX3 at no extra charge. Which is nice, especially for those of use with sweet Fallout and Star Wars tables.