We've taken Kratos and Atreus on an almighty journey in sequel territory. Is it as good as the OG?
Realms Apart | Our In-Depth God of War Ragnarök Review
Back From The Dead – Diablo III: Rise of the Necromancer Dated for June 27
Post by KostaAndreadis @ 12:06am 21/06/17 | 3 Comments Which in Australian is ‘June 28 mate’, or ‘next Wednesday cobber’. Yeah, so right around the corner. Announced at BlizzCon last year, with the character going into beta a short while ago, the Necromancer class is finally making its way to Diablo III. Earlier than expected too, with the original plan being to release the new character class sometime in the second half of this year. Corpse explosions for everyone!

The Rise of the Necromancer Pack, which includes the class and a number of cosmetic items, additional stash tabs (PC only unfortunately) and additional character slots, will launch at $21.95 AUD (or $14.99 USD) and will be available day and date on PC, PlayStation 4, and Xbox One. That being, same day. And with Season 10 wrapping up a few days earlier on June 23, you can probably guess what’ll keep us playing until Season 11. Which is scheduled to begin July 20.


The Diablo team at Blizzard credits the support and feedback from the community for the early release date. The success of the closed beta played a pivotal role in helping refine the many different playstyles that the Necromancer offers throughout.

And for those that have gotten used to the idea of regular and free content drops for Diablo III, you’ll be happy to know that the arrival of the Necromancer also marks the arrival of Patch 2.6.0 which introduces a couple of fantastic-looking new zones to explore, new monsters to kill, and a new competitive time trial mode called Challenge Rifts.

Speaking with Blizzard and the Diablo team earlier today (via fancy telephone technology) I had the chance to ask them how the console version of the Necromancer was shaping up. Mainly because I exclusively Diablo on console these days. And, well, struggled a little bit going back to PC for the Necromancer beta. Heresy I know. 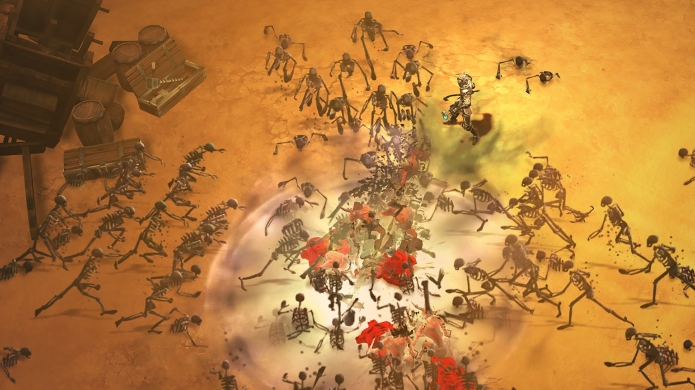 Anyway, I was surprised to learn that since the release of Reaper of Souls, the team has been factoring in the console versions, specifically the playing of the game with a controller, for all new content. Which included for the first time the design and implementation of a new class into the game. So, they made sure that from the outset every Necromancer skill worked just as well with a controller.

Speaking of skills, here’s a breakdown of the Necromancer’s with added Diablo II descriptive nostalgia.

Add in Runes, Set Bonuses, and Legendary Items that drastically change all the above, and the Necromancer quickly expands on the core abilities first seen in Diablo II and takes full advantage of Diablo III’s dynamic builds. That thanks to the Armory, can now be collated, saved, and changed in an instant.

In terms of skills, one of the hardest for the team to implement, and the one that was still in the process of getting all the art it needed during the beta was the Revive skill. Which, raises monsters you just killed to fight for you. Essentially turning just about every monster already in the game into a pet. No small feat, and something that felt like a work-in-progress as close as a month ago. So much so that we would have put money down that the class was still a few months away from release. In my discussion with the team it turns out that the skill worked as intended throughout most of the closed beta, with the only hold-up being the, you know, let’s make a hundred different pet demons.

For wondering if the Necromance plays like Witch Doctor, think again. Although similar in some respects the way in which you can command and constantly manage your undead army, adds a fresh take on the whole idea of a pet build. 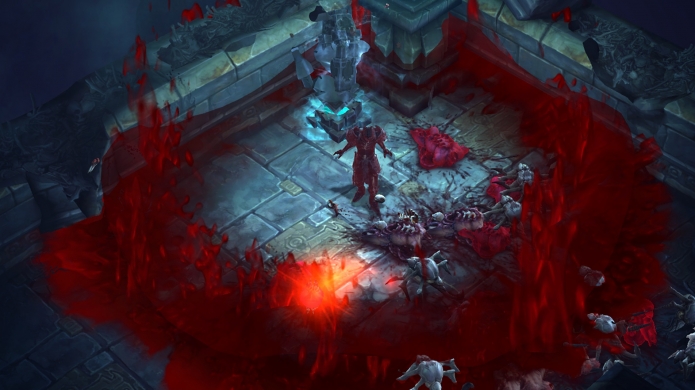 That’s assuming of course you can avoid becoming obsessed with exploding both nearby corpses and the Priest of Rathma his or herself in a shockwave of blood.