Dubbed They Shall Not Pass, Battlefield 1's first expansion focuses on the exploits of the French army and introduces four new maps and a new mode called Frontlines that aims to blend Conquest and Rush into a new experience. Which, definitely sounds interesting as it sees both teams vying for a single flag at a time before moving onto the next. And from there if a team's HQ control point is captured the game turns into a Rush-style attack and defend skirmish.

Colour us intrigued. Also, colour us blue as we're excited that the French army is finally being added to the game. Oh, and four new maps that look and sound great. 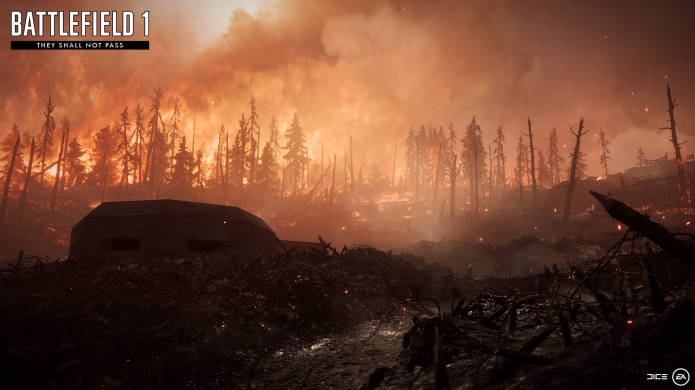 The opening barrage of the Battle of Verdun created massive forest fires in which players will fight for domination. This is an uphill battle towards the massive fortresses of Verdun. A constant grinding struggle where the artillery never stops. Where the forge and “the Devil’s Anvil” continues to consume even the bravest combatants.

The first big engagement inside a fort during World War 1 takes place in the dark underworld of Fort Vaux. Down in the maze of dark galleries and wet stone corridors, French and Germans fight ferociously with grenades, guns, bayonets, and flamethrowers. Watch your corners! 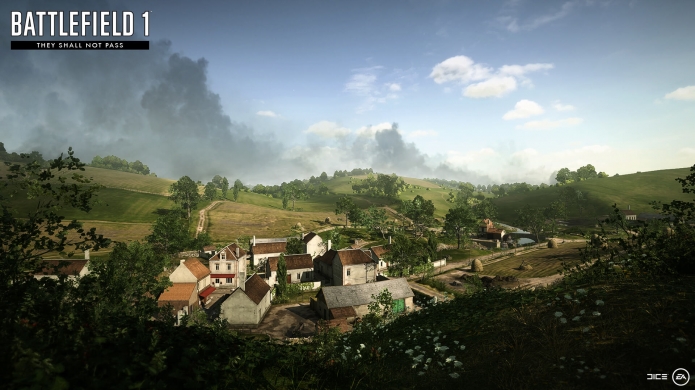 Take part in one of the biggest tank assaults of World War 1. The French 10th Army moves to take back Soissons using their powerful Saint Chamond tanks. Planes, tanks, and infantry clash in the beautiful French countryside in the early hours of a hot summer day. Only the thunderstorm is louder than the war. 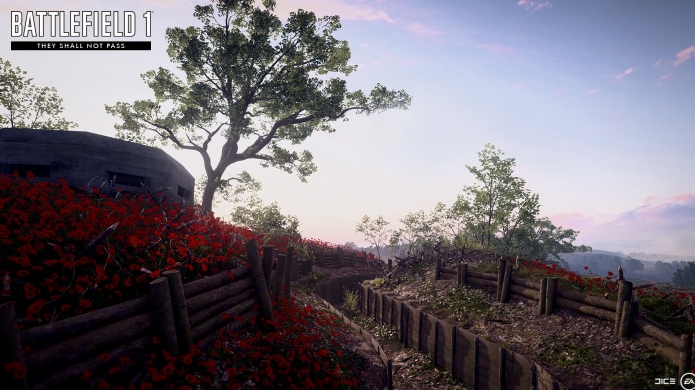 In dire need to capture key bridges across the Aisne river, the French find themselves back into battlefields where poppies grow over a rusty wreck from previous tank battles. It might seem calm but this maze of steel beasts provides an excellent place for those who plan an ambush. As the sun sets over Fontenoy, the battle wakes up.

They Shall Not Pass comes as part of the Battlefield 1 Season Pass and will be available sometime in March.