The Boston Major — the first of Valve's Dota 2 tournaments for the 2016 - 2017 season — is kicking off this weekend with Group Stages. The event, being held at the Wang Theatre in Boston, should set the scene for the rest of the Dota 2 season, although there are some notable absences. Here are 5 things to watch out for as the first event in the season kicks off. 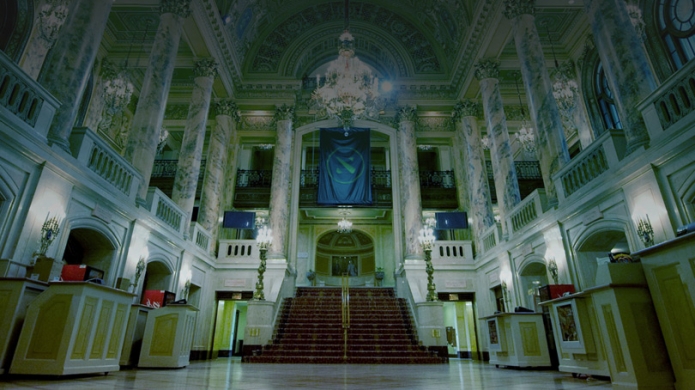 1 - Aussie, Aussie, Aussie!
Australia has decent representation at the Boston Majors, with three players in three fantastic teams. Damien "kpii" Chok is currently playing for Chinese team Newbee — as he did at The International this year. Kim "Velo" Tae-sung is Offlaning for South Korean team MVP Phoenix, who should be back in form with Lee "Forev" Sang-don slotting back into the team to replace Lee "Reisen" Jun-yeong. And Anathan "ana" Pham is playing for European team OG, filling the space Amer "Miracle" Barqawi left behind when he left for Team Liquid.

2 - No Team Secret or Team Liquid
Team Liquid and Team Secret both missed out on invitations to the Major, and both teams were knocked out of the European Qualifiers by Greek up-and-comers Ad Finem. This means there will be no Puppey, no MATUMBAMAN, no MP and no Miracle at the Boston Major tournament — at least not as competitors.

3 - The Rise of Team NP
Team NP — formed in September this year by Jacky "EternaLEnVy" Mao — is looking good heading into the Boston Major. While they've been dropping games against teams like OG and Wings, they're showing great form and will no doubt place highly as they continue to gel together. They were dominant against CompLexity Gaming in the American Qualifiers for the tournament, and they're a team to watch closely for the future.

4 - Wings and Virtus.Pro Are Terrifying
Wings Gaming won The International 2016 and have barely slowed down since. The Chinese champions dropped games to perpetual rivals Evil Geniuses at The Summit 6, but they've got momentum on their side and they will be hard to stop. Then again, if anyone can stop them, it's Virtus.Pro. The Russian team had an exceedingly rough year which lead to their failure to even qualify for The International 2016, but an organisational rejuvenation has them moving at full tilt. They knocked Wings into the Losers Bracket at The Summit 6 before winning the whole thing, smashing OG in the process. If you can't bring yourself to back Wings because of The International curse, VP are hot on their heels.

5 - 6.88 Has Shaken Up The Meta
A lot of little changes to the heroes with the highest winrates, like Outworld Devourer and Batrider, should make the picked hero pool more diverse heading into Boston. The International had an extremely varied use rate, and it looks like Boston will follow suit. One massive change is a nerf to Infused Raindrop which might make magic damage heroes more viable — Lina being viable again would be extremely welcome.

We'll be covering the Boston Major here on AusGamers, and we'll be watching it closely to see how it all shapes up. Be sure to come back tomorrow, we've got some great stuff lined up.