We sit down with Typhoon Studios’ Alex Hutchinson to talk about the studio’s first game, comedy, co-op, and striving to be the fourth-best.
Journey to the Savage Planet - Developer Interview
Two New Heroes, Maps, Modes and a Spooky Halloween Coming to Overwatch
Post by KostaAndreadis @ 02:39pm 07/10/16 | 0 Comments But, we don't know exactly who or what they'll be. In a recent Developer Update, game director Jeff Kaplan noted that one of the new heroes "is very far along" and that we'll get to see them sooner rather than later. He also continued to state that up to six new maps are currently being tested, as well as a new mode, but the timeline for some of these things may be quite a while away.

In terms of the maps, two are for the current game modes in Overwatch, with the remaining four still in the experimental phase as part of a new game mode. What exactly will this new mode entail? Perhaps a wave-based co-op mode? Well, that's purely speculation. As for the new hero odds are that the reveal and launch will come at next month's BlizzCon event, probably alongside the debut of the next animated short.

Since releasing in May, Overwatch has seen the addition of a single new map and a single new hero. Not exactly an earth-shattering amount of content, but it's clear that Blizzard are focused on the right things. Balancing what's already in game, improving modes like Competitive Play, and adjusting the current roster to make certain heroes more interesting and feasible to play.

Everything else is icing on an already delicious cake.

Like a Halloween-themed seasonal loot update coming to the game that has been leaked via the Xbox store. 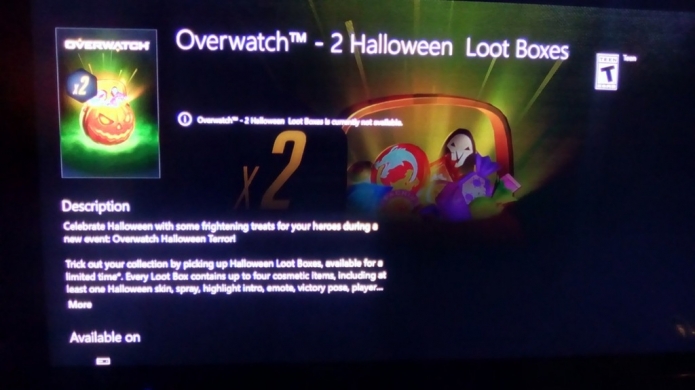