Complete with 28 high-end PCs and two cutting edge VR setups. Partnering with Sydney-based gaming café, City Hunter, this new space will also house monthly community events and tournaments. And it's now open to the public! So if you're in or around the Sydney area be sure to head on over to check it out as access to all this sweet gear will be free from tomorrow through to Sunday.

Where is it exactly?

And if you're thinking, big deal I've been to a bunch of internet cafes over the years, played more CS than you'd care to know, what's so cool about Alienware.

Well, how about this. 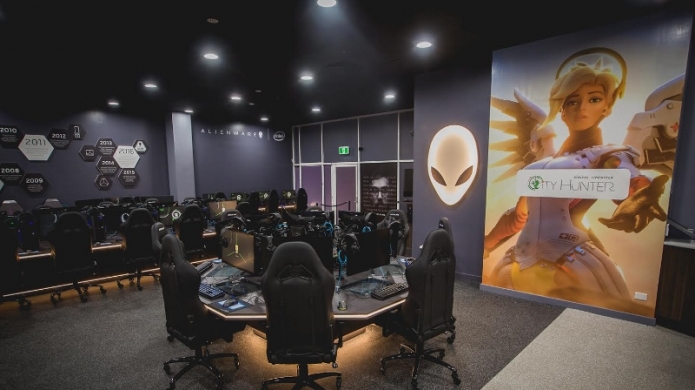 The PCs will showcase Alienware’s entire range of Area 51, Aurora, Alpha, and gaming laptop lines, which is the culmination of 20 years of product development at the cutting edge of PC gaming technology. Of the 28 PCs at Alienware Live AU, two will be dedicated to running Virtual Reality (VR) experiences which will help make VR more accessible to a wider audience. The VR space will be home to an Oculus Rift space, powered by an Alienware Alpha and Graphics Amplifier, as well as an HTC Vive area which will be running on Alienware’s new VR-ready Aurora desktop PC. Both VR experiential spaces will also be running on Dell’s state of the art 43-inch 4K monitors.

Yeah, I don't remember gaming cafes being that awesome either. For more infor, pricing, and booking details, head to the City Hunter website.