We spent four hours with a ray-traced enabled build of Watch Dogs: Legion and were again, floored by its recruitment system. And realistic reflections.
Watch Dogs: Legion - We Go Hands-On With RTX On
The Nintendo NX Will Be a Cartridge Based Portable/Console Hybrid
Post by KostaAndreadis @ 01:33pm 27/07/16 | 11 Comments

That is, according to sources over at Eurogamer who have revealed exactly what Nintendo's mysterious NX console is all about. A portable device with its own screen, that can be docked and connected to a TV, has detachable controllers, and takes cartridges. Which even for Nintendo, seems a little out there.

Powered by Nvidia's mobile Tegra processor, during development Nintendo apparently flirted with making the device a digital download only system. But as stated the unit will take cartridges, ones that on average can contain 32GB of data. Which is a big step up from the N64 days. So there will be no crying over a lack of CGI cutscenes and high quality audio this time around.

Perhaps the strangest aspect of the Nintendo NX are the detachable controllers which are book-ended on each side of the unit that can be detached when required. Here's a mock-up of how it may end up looking. 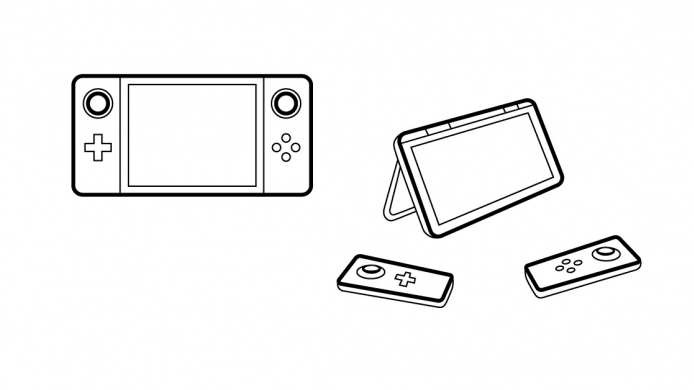 In terms of power the Tegra processor is pretty impressive in the mobile space, but in terms of a dedicated home console it may fall short of current gen systems. When the Tegra X1 debuted in 2015 it promised Xbox 360/PS3 equivalent performance in the mobile space. But there's a chance that what's under the NX hood could be a more powerful or newer iteration of Tegra technology.

Of course if all of this is true the Nintendo NX will position itself as a very different beast to even the Wii U. A true tablet meets console hybrid. A console that you can take with you on the go. And now we wait on Nintendo to officially unveil the system, which apparently will happen sometime in September.