An entry level take on a well-worn genre that after a few hours will have you heading for the exit.
Minecraft Dungeons Review - Between a Block and a Hard Place
Far Cry Beyond - You're a Far Cry from Earth, Human
Post by Steve Farrelly @ 05:15pm 30/03/16 | 5 Comments Don't be fooled, it's not a newly announced Far Cry game, it's just another look at where the series could go next given a): they ignored our Australia pitch and, b): after having gone so far into the past with Far Cry Primal, surely it's the next logical step. 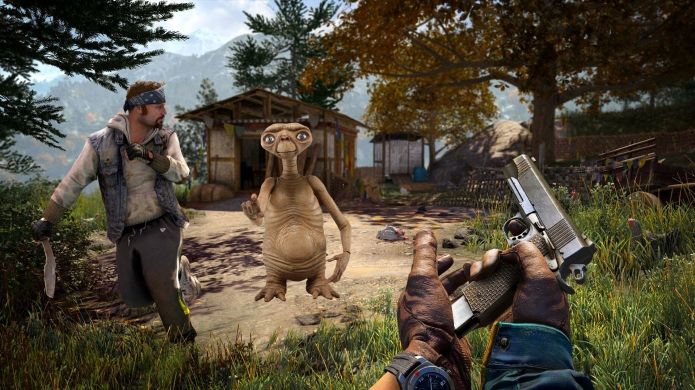 So we explore what it would take, while also picking at a few things the series does need to address. At value, the pitch after the link could be a standalone type of game, but under the Far Cry banner, it just makes more sense.

No one really ever liked Jason Brody or Ajay Ghale. Their fish-out-of-water stories where they managed to single-handedly take down oppressive regimes because the locals couldn’t, consistently rubbed players the wrong way. It’s why Primal’s Takkar has so evenly been embraced, because he’s one with the game-world, and his plight for that reason is a much easier foundation to bite into. But in a space-based Far Cry, where you play as a human -- maybe the only human -- the fish-out-of-water story becomes relatable, and every player would be able to suspend themselves as the player-character.

You could go about this in numerous ways, too. Alien abduction would be the obvious starting point and would allow the character to be of modern-day origin, but you could also go that future route I mentioned before where maybe a scientist has built a portal device, or an astronaut has been sucked through a wormhole. It could be Matt Damon not getting home from Mars; rather, he finds ancient ruins from an alien species where he’s teleported to their galaxy -- it might be the first plight he finds himself in where no one can come to save him. But I digress.

Click here for the full exploration of a space Far Cry.

Alan Partridge
Posted 04:22am 06/4/16
Commenting has been locked for this item.
5 Comments
Show