We sit down with Typhoon Studios’ Alex Hutchinson to talk about the studio’s first game, comedy, co-op, and striving to be the fourth-best.
Journey to the Savage Planet - Developer Interview
Total War: Warhammer Gets a Release Date, and Whetstones!
Post by KostaAndreadis @ 03:21pm 23/10/15 | 3 Comments Like all games currently in development, Total War: Warhammer has reached the all important Release Date Milestone. A total step-up from the vague TBA and definitely (read: totally) a lot better than a release window of something like 'early 2016'. So when can we expect to command an ungodly number of Dwarfs as they take on an Orkish horde? Why that would be on April 28th, 2016.

And in terms of special/collector/uber editions there's a limited Total War: Warhammer High King Edition planned that will feature some seriously cool loot. In addition to a metallic case for the game, canvas maps, and an art book, there's also a metallic Grudge Ring where the inner band rotates freely for 'plotting revenge'. 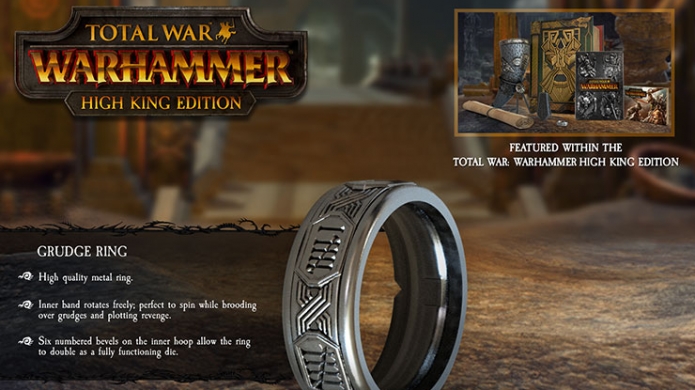 There's also a real Whetstone, which can theoretically be used to sharpen your sword on the eve of the great battle. And by that we mean prior to cooking up a stir-fry of shallots, capsicum, broccoli and chicken. 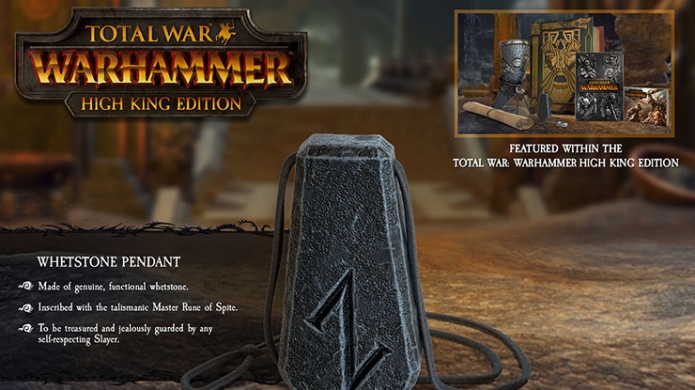 Finally, there's a horn flagon thing you can use to drink mead or other diet-friendly soft drinks. 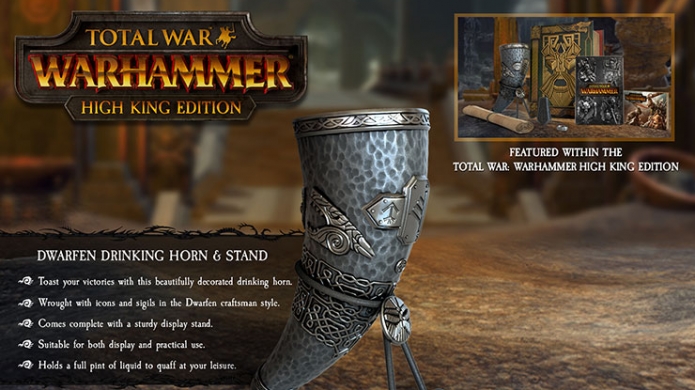 Pre-orders are now open for this elaborate if fitting, High King Edition. The only catch being the price of £99.99, which is well over $200 AUD and excludes shipping.

But hey, the game is shaping up to be pretty special. And you can be sure we'll be there to play it when it launches, with or without a ring made specifically for plotting revenge.