Fallout has always been about building your post-apocalyptic adventurer anyway you see fit. Want to simply talk your way out of a situation and avoid combat? Well, you have that option. Want to toil away for hours perfecting the art of using a baseball bat with chains and protruding nails as your weapon of choice? There's that too. In a new post, Bethesda has outlined the levelling and perk system in Fallout 4. And there's a lot of changes being made. Plus, it's all presented alongside a very cool poster.

First up probably the biggest change is the removal of the Skill system. A big change for sure, but what were previously setup as Skills (that could be leveled to 100) have now been integrated into the S.P.E.C.I.A.L and Perk system. For example sneaking is no longer a Skill, instead a Perk that can be ranked up to incorporate previous sneak specific Perks from Fallout 3 like the super-handy Light Step -- that thing that lets you walk, unscathed, through a minefield. With no level cap in Fallout 4 this means that the levelling system hasn't been simplified, but instead streamlined into a huge tree of possibility.

Plus, leveling will be faster than ever before.

Levelling is experience point (XP) based like Fallout 3, not skill-based like Skyrim. But levelling speed is closer to Skyrim, and not as slow as Fallout 3. This means you’ll be getting more opportunities, especially early on, to level up and select a Perk. Additionally, whereas Fallout 3 had an initial level cap of 20, Fallout 4 has no level cap, and we’ve balanced the game to keep the content and challenge going for higher levels. With each SPECIAL having 10 Perks, there are 70 base Perks. With Perk ranks, it increases that number to over 270.

That's a lot of Perks!

In fact, so many that the game will ship with the following wonderful poster. And yeah, that does look a little intimidating. But Bethesda assure you that, "It may all sound complicated at first, and when you initially level up, the chart can be a little intimidating because you have so many options. But it’s incredibly elegant, and has allowed us to reward both investing early in a play-style, as well as growing your character over the course of the game."

Right-eo. But what about those Skill Books from Fallout 3. You know the ones, peppered around the world that you could find that would level a skill simply by reading them? Well, this time around they're Perk based. So reading an issue of the Grognak the Barbarian comic will give you an additional rank of the Barbarian Perk. Which, increases the critical damage of melee attacks. And with over 100 books to find, Fallout 4 isn't sacrificing any of the exploration in changing things up. 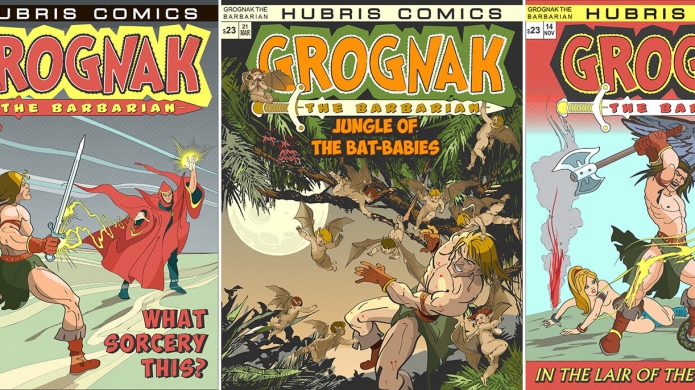 To read more about the changes, check out the Bethesda post here.