In an announcement regarding the upcoming beta for Star Wars Battlefront, EA and developer Dice have revealed that it will be available to all players across PS4, Xbox One, and PC sometime "early October". The open beta will feature both multiplayer and co-op modes for people to play around with. One set on an icy planet made up of snow-capped peaks, Imperial probe droids, space-Yetis, and ride-able Dino-goats, and the other set on a planet made up of dusty and hot canyons, and home to Lando Calrissian's new best friend.

Okay, so the ice planet is Hoth and the beta will feature Walker Assault the 40-player multiplayer battle between the Rebel Alliance and the Imperial What-have-you. This mode has been one of the main focal points for the Star Wars Battlefront push, and for good reason. It looks amazing, and Star Wars fans the world over love the idea of taking on an AT-AT Walker with nothing but a Snow Speeder and tow cable. 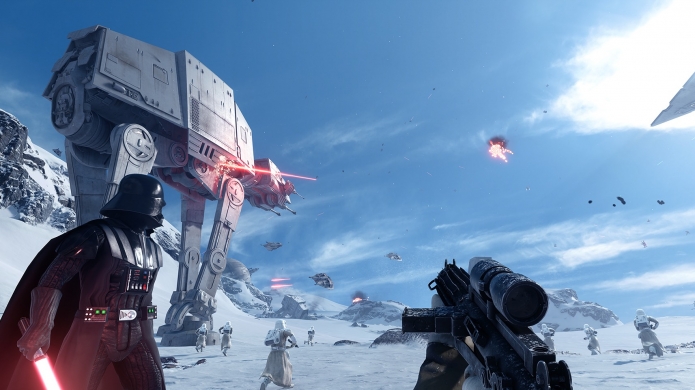 The other mode coming with the beta, which is a bit of a surprise, is called Drop Zone and takes place on Sullust. The home world of Sullustans. Star Wars will remember the planet getting a casual mention in the films with Darth Vader quizzing his Emperor boss/friend Johnathan Palpatine "What of the reports of the Rebel fleet massing near Sullust?" To which Palps responded, "It is of no concern." Anyway this mode will be available to play either solo or in co-op, meaning that Vader probably ignored the Emperor's advice and sent out an Imperial regiment to investigate. 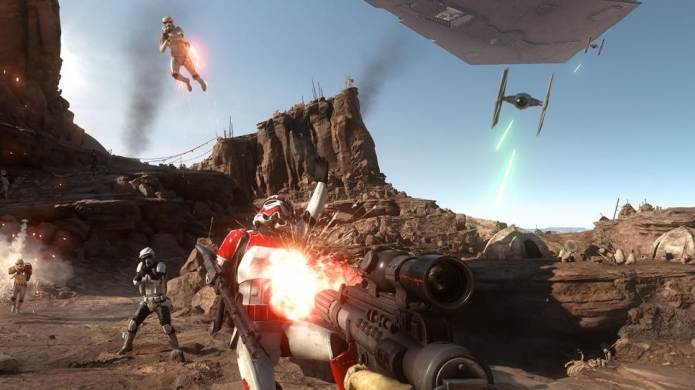 Both modes sound pretty interesting and come beta time everyone will get a chance to get their hands on what is shaping up to be one of the most anticipated games of the year.