Overwatch 2 is launching this October, and with a big reveal stream showcasing what's in store, we break it all down...
Overwatch 2 - Everything You Need To Know
E3 2015: A Look at Deus Ex: Mankind Divided
Post by KostaAndreadis @ 01:27pm 18/06/15 | 0 Comments Although Deus Ex: Mankind Divided won't be out until early next year, developer Eidos Montreal haven't been coy about revealing details about the larger scope and possibilities with this new Deus Ex. From complete freedom that will allow a stealth play-through from start to finish, to beefed-up combat mechanics that can turn protagonist Adam Jensen into a master of futuristic gun play, Deus Ex: Mankind Divided looks like the game that fans of the series have been waiting for.


Set two years after the events of 2011's Human Revolution, the world of Mankind Divided is one were humans with augmentations (i.e. genetic implants) are continuously discriminated against, and even segregated to live in mega slums. With a story set against such complex socio-political themes, choice is set to play a big part in Mankind Divided. Not only in terms of who you side with but also in terms of how you play the game.

Stealth, a big part of the Deus Ex franchise, will naturally be the play-style of choice for many. Improvements to the StealthVision5000TM mean that in addition to being able to see enemy heat signatures, Adam will also get a readout as to exactly what they're carrying. Not only in terms of automatic projectile gunnery, but also key items you might need. Like, err, key cards. 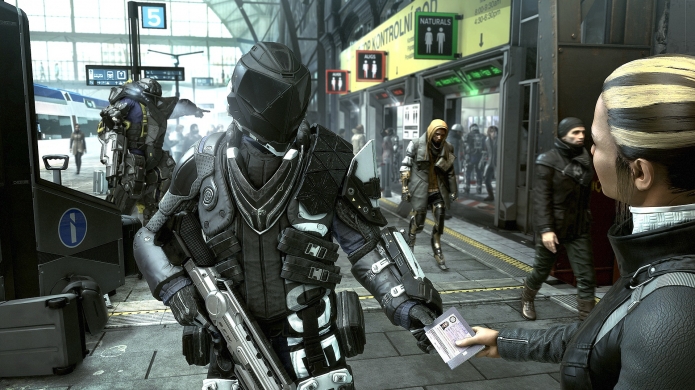 And with many more augmentations to choose from, this also means that Adam can turn into a shielded damage machine. And with improvements made to the cover system, shooting, and pacing of the action, Mankind Divided is starting to look like a game divided.

In the number of ways you can play that is. Check out the impressive demonstration below.