If you were too busy picking up your jaw from the nearest solid flat object after watching the latest trailer for Star Wars: The Force Awakens, you may have missed the teensy tiny footage of EA and Dice's Star Wars: Battlefront at the end. Not only that, but taking a look at the source code from the official website (which has now been removed), people have been able to ascertain the release date for the highly anticipated game. Plus, an in-game screenshot.

Okay, so if you haven't seen it yet a new trailer for Star Wars Furious VII: The Force Awakens dropped today and it looks as amazing as you could possibly hope. One might even call it A New Hope for the series. Ahem, but right at the end of the trailer (at the 1:48 mark) you can see footage of Star Wars: Battlefront in action. Since its debut, developer Dice have confirmed that it is indeed in-game footage.


As per the source code from the official site we also have a release date:

"The latest news and updates for Star Wars Battlefront. Available November 17, 2015 for PlayStation 4, Xbox One, and PC."


Oh, and here's the screenshot. 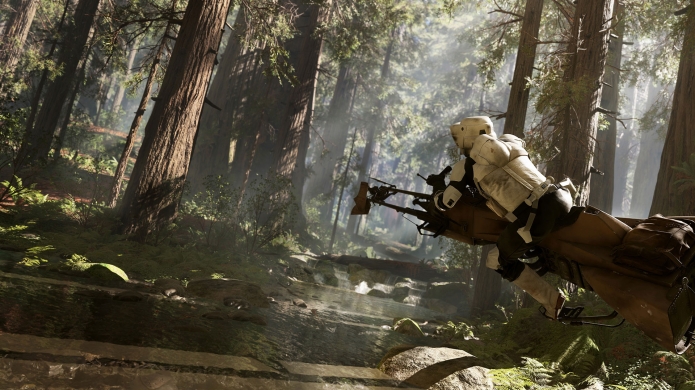 Full details, plus and a properly sized trailer for the game is due tomorrow.