We sit down with Typhoon Studios’ Alex Hutchinson to talk about the studio’s first game, comedy, co-op, and striving to be the fourth-best.
Journey to the Savage Planet - Developer Interview
Tactical RPG Warhammer Quest Arriving January for Steam
Post by Eorl @ 03:04pm 16/12/14 | 1 Comments 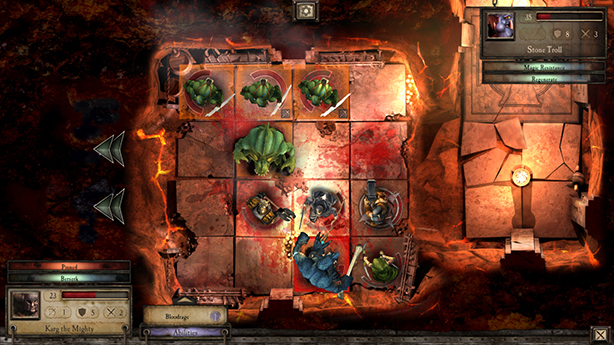 Rodeo Games has announced that the tablet strategy game Warhammer Quest will soon be launching onto PC, Mac and Linux come early next year.

The strategy game based on Game Workshop's original 1995 board game will launch on Steam on January 7, 2015. The video game adaptation of Warhammer Quest was introduced in May 2013 on iPhone and iPad, where it is still available for $5. Set in the popular Warhammer universe the game features turn-based tactical RPG action with dungeon exploration.

The Steam version will be available at two different pricing tiers: The standard edition begins at $15 and features three areas in the game as well as the "Vampire and Zombie" content pack. Players can also opt for the Deluxe edition for $30, which includes all the goodies from the standard edition plus "more than $27 of additional extras." Those that purchase Warhammer Quest on Steam before January 7 will get a 20 percent discount ($12, $24 for the Deluxe edition).