Zen 4 ushers in a new era for AMD CPU performance when it comes to straight-up gaming.
AMD Ryzen 7600X Review - Gaming Excellence
Heroes of Might and Magic 3 Casts HD Remaster for PC and Tablets
Post by Eorl @ 11:05am 11/12/14 | 0 Comments 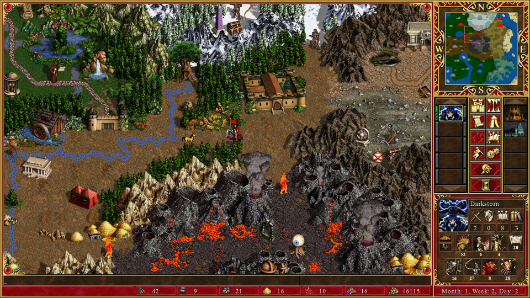 Heroes of Might and Magic 3 is charging back into gaming with a surprise pincer attack. Not only is the 1999 turn-based strategy returning to Windows PC with widescreen-friendly HD visuals, but it's also coming to iOS and Android, albeit for tablets only.

If that has strategists of a certain age fidgeting at the thought of more all-nighters, the good news is they've barely more than a month to wait. Both the PC and tablet games are already scheduled for release on January 29, 2015.

While Ubisoft's yet to reveal a price, the publisher did divulge a few details about the HD re-release. For one, the PC version is Steamworks-compatible, and introduces an online multiplayer lobby where players can congregate. Ubisoft's press release doesn't mention any online multiplayer for the tablet versions, but they do support local multiplayer.