With the Dead Space remake out this month, we sit down with the voice of Isaac, Gunner Wright, and Motive’s Joel MacMillan to talk in-depth about this passion project.
Dead Space Remake: The Big Interview
Assassin's Creed: Unity Season Pass Includes Standalone 2.5D China Campaign
Post by Eorl @ 10:54am 23/09/14 | 0 Comments Ubisoft has pulled back the curtain on what to expect in their season pass for Assassin's Creed: Unity, which will include a 2.5D standalone campaign set in 16th century China.

Detailed in a new press release from the publisher, the season pass will contain a variety of extra missions and weapons for the main game like past Assassin's Creed titles. The DLC pack will also include the Dead Kings campaign, along with a new standalone title dubbed Assassin's Creed Chronicles: China.

Assassin’s Creed Unity – Dead Kings takes place after the events of the main game. It’s set in Saint Denis, a city where the royal French family is buried, and a place where a lot trouble and plundering is taking place. Arno will be getting a new weapon, called the Guillotine gun, as well as new gear, skills and outfits to unlock. The DLC will also contain open-world activities such as treasure hunts, murder mysteries, contracts and co-op missions.

Assassin’s Creed Chronicles: China is the second piece of content included in the season pass. It’s a downloadable title that reimagines Assassin’s Creed on 2.5D a plane. It’s set in 16th century China and follows Shao Jun, who’s the last remaining assassin of the Chinese Brotherhood. Shao Jun learned her combat and stealth skills from Ezio Auditore and will be going back home on a quest for revenge.

In addition to the above content will be the aforementioned weapons, customisation and missions, which account for over 30 new additions to the main game. These include the Fleur de Lys sword, which will only be available to season pass holders. 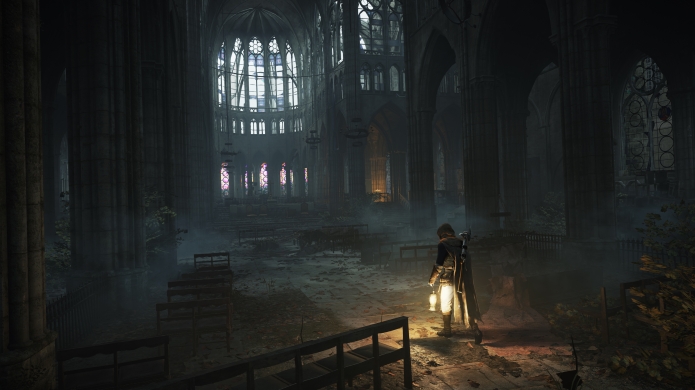