With its modern setting and overhauled Frostbite engine, Battlefield 2042 is not only the latest entry in the series - it’s aiming to push the sandbox into new and exciting territory.
Battlefield 2042 Interview - We Sit Down with DICE
Dota 2 Adds Elder Titan to Test Client, New UI Changes Included
Post by Eorl @ 12:44pm 02/05/13 | 6 Comments

A new update has hit the test client for Valve's free-to-play title Dota 2, bringing with it a new addition to the hero ranks; the Elder Titan.

The one we know as the Elder Titan was a great innovator, one who studied at the forge of creation. In honing his skills, he shattered something that could never be repaired, only thrown aside. He fell into his own broken world, a shattered soul himself. There he dwelt among the jagged shards and fissured planes, along with other lost fragments that had sifted down through the cracks in the early universe. And this is why the world we know resembles an isle of castaways, survivors of a wreck now long forgotten. Forgotten, that is, by all but the One who blames himself. He spends his time forever seeking a way to accomplish the repairs, that he might rejoin the parts of his broken soul, that we and the world alike might all be mended. This is the One we know as Elder Titan.

The Elder Titan's abilities are quite interesting in that the use of his summonable Ancestral Spirit will play a large part in damaging and initiating fights. Using the Echo Stomp ability (Q) both yourself and your spirit will stomp the ground, damaging and knocking nearby enemy units unconscious around their locations but also causing physical damage through Elder Titan and magical damage through the spirit. The Ancestral Spirit ability (W) will allow you to use your controllable spirit to dart through enemies, causing damage to anyone it touches. The twist? Elder Titan gains "bonus damage and movement speed for each unit it damaged."

The Elder Titan is also able to reduce nearby enemy units' base armor and magic resistance with the Natural Order ability (E), which coupled with the Echo Stomp will be a deadly combo. To finish things off Elder Titan can activate his Earth Splitter ultimate (R), causing a jagged crack to spread in front that will explode after three seconds slowing enemies while dealing damage based on the maximum life of units caught in the area.

For more on Elder Titan, you can swing by his Wiki page for a look at recommended items and suggestions on play. You can also check out the full patch notes for the test client over here, which include several UI changes including revisions to the Community page. 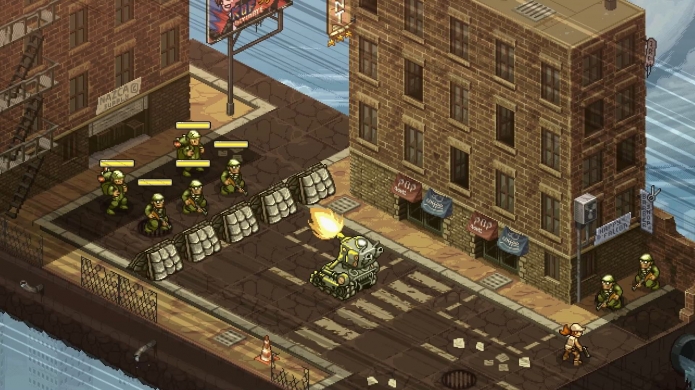