Yes, Ninty makes games that are, for lack of a better term, family-friendly, but there’s nothing wrong with that. The games are still hard and challenging. They still stretch design and ooze quality. So what if Yoshi is the protagonist in a game that will charge your ability to jump, combat and combine? Again, you’re as good as Bowser if you think you’re better than this, because trust me, you’re not. 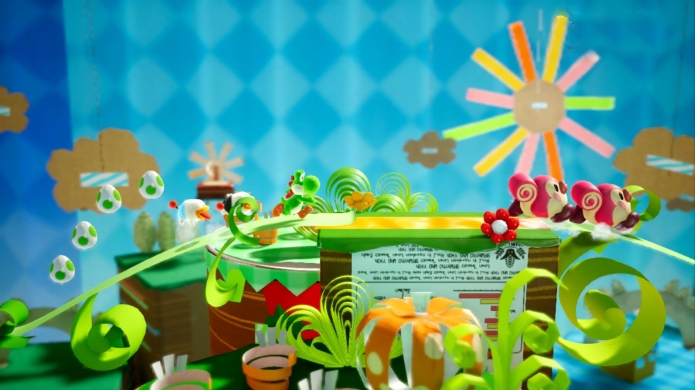 Now, yelling at anti-Ninties done, for everyone else, what you need to know is that Yoshi’s Crafted World is very good. It’s a gorgeous title that plays to Nintendo’s strengths and to the strength of the world and character of a Yoshi, in general. This is side-scrolling platform gaming at its best, and while that world largely exists these days among the Indies, it’s always great to see the GOAT come out with a reminder as to why they’re considered thusly, and to why all those Indies make games of this nature in the first place.

"Rather what we get is a competent game that plays with its themes and assumes you know the drill..."


Most of what makes Crafted World so good is in the title. This is production taken to the nines and delivery of the product from visuals to audio and beyond is incredible. The actual gameplay side of all of this is par for the course. It’s what we know and expect from Nintendo and they don’t under-deliver, but they also don’t over-deliver. Rather what we get is a competent game that plays with its themes and assumes you know the drill. Yoshi jumps, he eats and he can *kind* of hover. He also poops out eggs, and these can be used as an offensive tool to take out the poor Shyguys in his way.

Largely, the challenge with Crafted World is in completionism. It’s a vague word, but the levels themselves are all fairly easy to smash your way through. This isn’t of a challenge level to say, the likes of Yoku’s Island Express, to tie in an opening letter, but it still has its challenges in 100% completion of itself, and that’s where I found myself most addicted. I’ve played Nintendo games my whole life and this isn’t a negative when I say it’s an easy enough game to complete, the hard part comes in absorbing everything on offer here, and again, this will come down to the kind of player you are, but for me there was a real challenge in making sure I cleared every level as purely as I could.

And this is how Nintendo gets you. 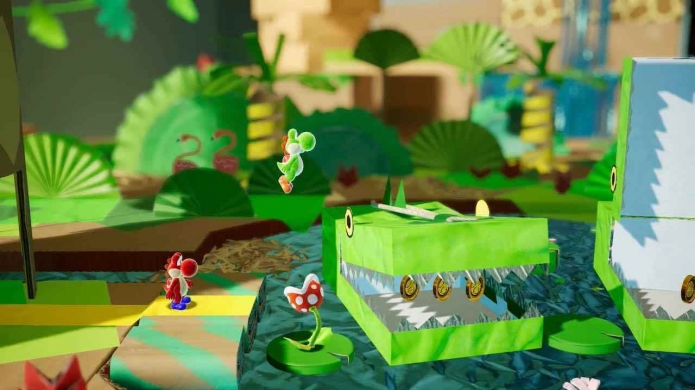 Double the above down with the idea that this is now a portable game -- something we tend to harp on a bit about where Nintendo Switch games are concerned, but that shouldn’t be misrepresented because who doesn’t love gaming-on-the-go, right? And the design of the game suits the smaller screen and the bigger ones. Visually, the theme is cardboard cutout diorama-style stuff, and it sings here. Especially on the smaller screen. That being said, even on my Samsung 65” 4K Q9 beast the game sings. The audio is, as to to be expected, brilliant, while the game’s controls, timing and limited, but important, systems are all of the calibre we expect from anything Nintendo in the first place.

"Few games sing to the level of Yoshi’s Crafted World in terms of presentation and execution..."


While there’s plenty of other options out in the wild, few games sing to the level of Yoshi’s Crafted World in terms of presentation and execution. It lacks on the platforming challenge front, largely in order to keep it accessible, but it more than makes up for that in terms of completionism. (And makes me continue to wish for an Achievement/Trophy system for Switch moving forward.) Making your way through this game at a 100% completion rate is bragging rights material, but it also has another avenue that words -- the family-friendly spin I mentioned earlier also shines here. My son slays Minecraft and other games, but found this challenging, however, he also found it both refreshing and something to consider on a different note over many other more ‘modern’ games he plays.

This is old-school Nintendo, old-school gaming and charming to a fault. Fun, engaging and full of surprises -- if you’re a Switch owner, this is highly recommended.