I came for Ron Perlman and the art. I stayed for the music, the atmosphere, the one-liners, the challenge, the deliberate repetition, the upgrades and the persistent irony of a roguelike set in a purgatory -- you couldn’t get more fitting a metaphor for the genre; breaking the rogue wall, in a meta kind of way.

West of Dead, as a package, delivers everything you could want from this type of game. The brooding and thoughtful Neil Young-esque guitar-driven soundtrack which is flavoured with blues, country and swampy riffs and twangs, amplifies a setting of constant unease, matched only by the Mike Mignola-inspired art. And with a Ghost Rider lookalike protagonist whose inner voice is Hellboy at your fingertips, all the pieces of the puzzle fit. And he’s wearing a red poncho to boot. 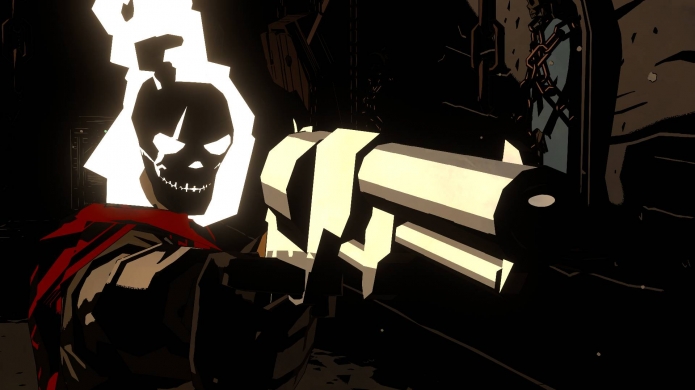 If I could collate all the audio, imagery, iconography and tone I love most across all media, I’d have probably made West of Dead myself. I mean it’s fucking called “West of Dead”. I don’t think I need to sell it to you any more than that. But, you know, I will and am happy to do so, because since playing the game’s beta, I’ve been all in on this less than 1GB experience, superficially, but thankfully the gameplay packed within the relatively small installation is full of flare, variety and tension. The skill-level required is a learnt exercise built around animation and input, deliberately designed to have you tempering your reflexes over spamming inputs, which throws a layer into what, on paper, reads as a relatively simple reflex loop. But it isn’t.

"Gun-toting sharpshooters, competition chopper-wielding knife guys, creepy wickerpunk jumping werewolves and a goddamned Wendigo do everything to stop you..."


In totality, the game centres as most roguelikes do around a dungeon-esque crawl or gauntlet, procedurally generated in traversal, but maintaining enough commonality chapter-to-chapter where combat and powering up our ‘nameless’ protagonist is concerned. There’s an initially lite story involved which sees us trapped in the aforementioned purgatory beginning where all good Westerns do -- a saloon. This, however, quickly kicks off into a “The Game with no Instructions” affair sending our flaming-headed deep-thinker into a series of walkways and combat rooms, the walkways being what I like to refer to as “reprieveways”, equally doubling as 300-inspired funnels for the more virile of the baddies you face.

(Luring undead dogs through will save your fiery neck, but it’s the larger brutes you’re always happy not to invite in.) 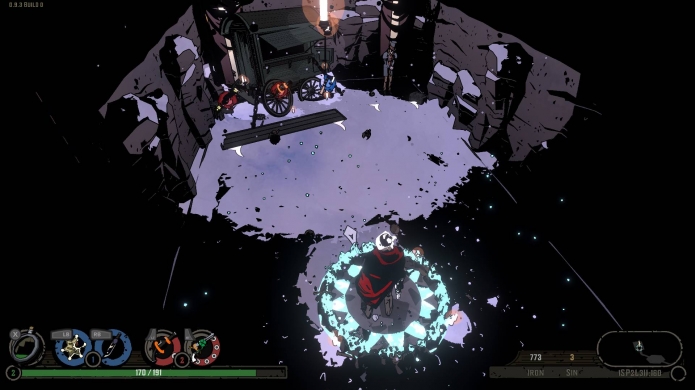 Something’s gone awry in this perpetual nightmare, as relayed to you by the Barkeep, involving a Preacher who you must find, and find answers from. Along the way, your soulless impediments include the aforementioned hounds alongside low-level gun fodder trying to claw your face off. Their close relatives lob TNT in your direction, while gun-toting sharpshooters, competition chopper-wielding knife guys, creepy wickerpunk jumping werewolves and a goddamned Wendigo do everything to stop you in your spur-addled tracks. And this is just inside the game’s first crawl, The Crypts.

What you need to quickly get to grips with once the sheen of the game’s impressive presentation has gathered some riding dust, is that this is a long-game experience. If you’re easily frustrated, or can’t deal with loss of progression because of a ‘button-slip’ leading to permadeath, this isn’t going to be for you. You’ll get more powerful, that’s a given. But it’s its own purgatory getting there. You’ll gain perma-weapons, perma-items, perma-runes and more; each of which makes your consecutive Groundhog Day run at it easier to manage. You become confident, enemy-types and their patterns become strengths against numbers, and your own understanding of the dreamweaver tapestry of weapon, ability, rune, passive and upgrade combinations opens up the design endgoal of the whole package, ungated. 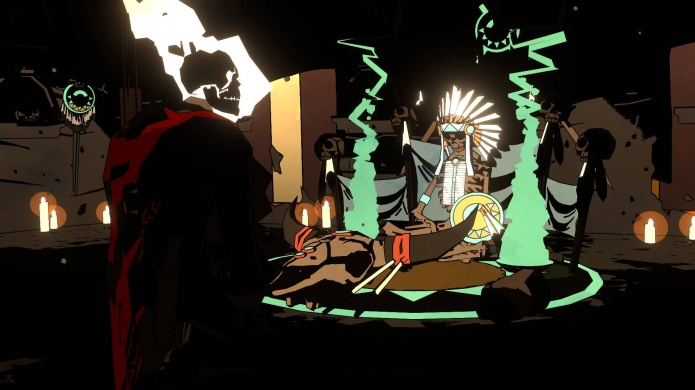 Unfortunately it’s that last bit that affects the game. It’s a slog. A muddy one and one that requires true grit. The rewards, however, are great. Combing through the game’s gauntlet procedurals, area to area, with confidence is a real treat. When you first defeat the Wendigo and get your Switchback rune, it feels like a different place -- one where opportunity is less a chore, and the game’s potential mysteries now lie in wait. The other key carrot is that “lite story” slowly unfolds. We’re not The Man with no Name, nor are we void of guilt, sin or ‘gone done a bad deed’, but here in this place, you eventually find people to help, situations to solve and a Preacher with a lot to answer for.

"The game’s lock-on mechanics versus shooting blind, which is tied directly to how you combat dark spaces through light and lighting abilities, can be frustrating to overcome when you’re facing an equally RNG-charged room of enemies requiring varying degrees of combat nous and tactic to overcome..."


Technical issues arrive in a camera system that still can’t play nice with a procedurally-generated world. The game’s lock-on mechanics versus shooting blind, which is tied directly to how you combat dark spaces through light and lighting abilities, can be frustrating to overcome when you’re facing an equally RNG-charged room of enemies requiring varying degrees of combat nous and tactic to overcome. The game is deliberately a handful in this way, but it fails to marry these ideas so readily together. Though in saying that, it’s not a situation of dire straits, you just need to know when it’s best to run, how to utilise cover to your advantage (despite it also being a factor in all of the above), and how to tap into that dreamweaver combo concept I mentioned earlier. 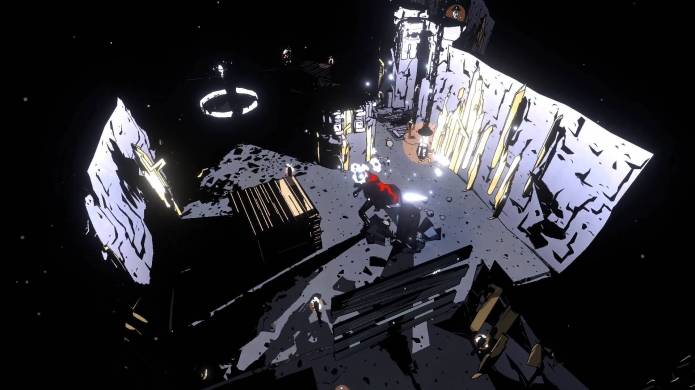 The story that eventually unfolds, and Perlman’s delivery of it, is equal parts fantastic. The writing albeit in cagey, guarded cowboy form, is brilliantly paced and darkeningly thoughtful. Which brings the whole package, full circle. West of Dead is a franchise I’d play in various forms, provided its heart and aesthetics remained as initially presented, and hopefully intended. Landing Perlman as a chief component is no small feat but he doesn’t overshadow (heh) what’s going on here, and that’s important. It would be really easy to blaze away in a single triumph like that as an Indie developer, but what Upstream Arcade has done here is realise a vision, and added vocal Technicolor to it.

West of Dead isn’t without its standoff moments of frustration, but a squint of the eye and a sweat-bead zero-flinch will see you standing tall post-Purgatory call out. Honestly, I just want to see more of it at this stage, maybe in less repetitive form, but as a continually-fleshed out new IP and one that keeps its creative skull-fire burning. 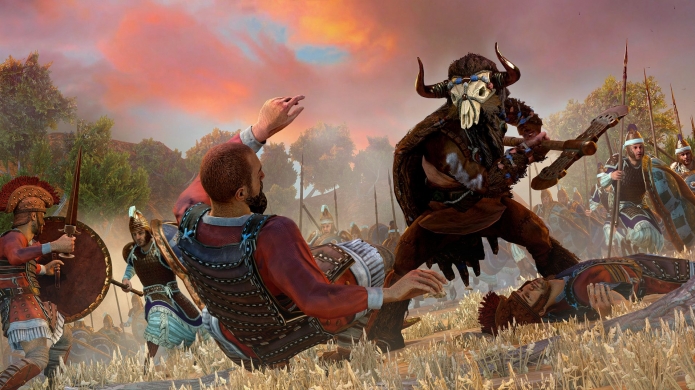