Watch Dogs’ biggest downfall might be in its intimacy. The game works hard to engage you as a beacon for justice and revenge; to right the wrongs of a dystopian modernist society in its digitally-recreated Chicago -- but in doing this it forgets players have choice. It’s not a bad thing, rather the role of a vigilante is perhaps less defined than the game would like it to be and, through its touching story of family and loss, this player-choice is at odds with how Ubi want you to play the game.

As an open-world entry Watch Dogs is right up there with the best of them. Its city is alive with personality and charm -- you believe the game’s NPCs are going about their business and that they have purpose. It’s perhaps one of the biggest differentiators in the space and an area I’ve pointed out in other pretenders -- a living city needs life to feel alive so that you can function, believably, in it and in this department Watch Dogs delivers in spades. 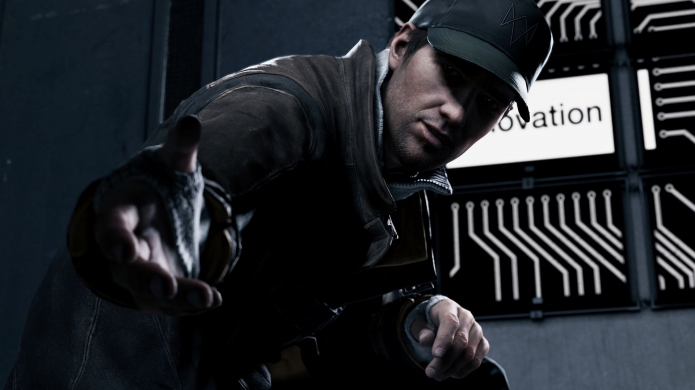 On PS4 Watch Dogs is gorgeous. Whether it’s a gusty, sunny Chicago day or a rainy night, the game never ceases to amaze. Its draw-distance is second-to-none and the engine always feels like it’s two steps ahead of what you’re doing. I never encountered any slow-down or performance hiccups, except for a few times in multiplayer, and given the deliberate trainwreck that can become (in a good way), I can see why. We’ll get to the wonderful asymmetrical design of multiplayer shortly, but first we need to talk peripheral.

While I alluded to the game’s misguided sense of player-choice earlier, it’s important to point out that outside of its story, Watch Dogs is a heck of a lot of fun. There’s a lot to do in the stunningly recreated city and most activities do lead towards the progression of your character and therefore your game. You can check into myriad locations as if you were using Foursquare, and you can also leave goodies for other players in the real-world as rewards. These also come with historical notations which works to further that sense of this Chicago being alive and functional, but does feel a bit borrowed from Assassin’s Creed.

You can pick up different music tracks playing around the game-world like you were using Shazam on your phone and add them to your collection, or you can engage in fun augmented reality games riddled throughout the playspace. You can even dabble in what’s called a Digital Trip to arcade your off-story experience up the wazoo -- these are perhaps my favourite breaks from the story in the game, and I sincerely hope we see more and more in post-release content -- combine Carmageddon and Mad Max, and you’ll know what I’m talking about with these. 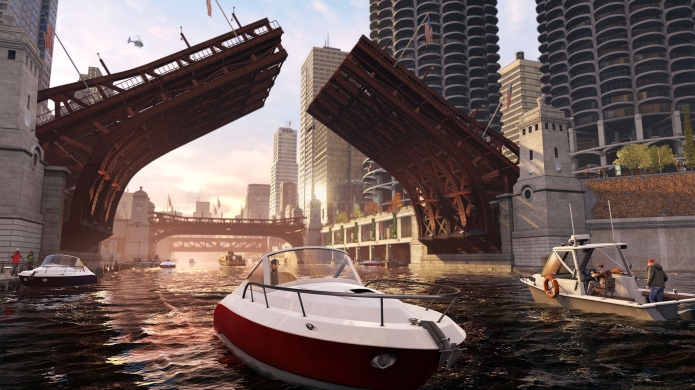 Collecting cars, buying clothes, crafting and more are all cogs in your peripheral gameplay machine. It’s these parts of the game that keep it all moving, but they’re perhaps too disconnected to the game’s story to be driving components meaning you’ll often find yourself side-tracked with them forgetting your quest or, you’ll get too tied to your quest to worry about sinking yourself into all the city has to offer.

It’s not an entirely diametric situation though. Early on in your story the game will guide you through most of what you can do outside of revenging and the hacking component is a tether between you and every activity in the game. In fact it’s in the hacking side of things that you learn to make the journey your own, and playing with the city in this way is one of the most enjoyable aspects of the whole experience. Initially you might feel overwhelmed at your options, but once you learn restraint and recourse, it really does become the slogan: “Hacking is your weapon”, and you’ll wonder how games like this ever existed without it.

It’s important, however, to make note that where the GTA series usually fails, Watch Dogs succeeds and this has nothing to do with your in-game mobile phone and its superpower. Movement and combat are sublime in Watch Dogs -- switching into cover and remaining stealth is handled here with aplomb, while your contextual movement through the game-world while in action mode is slick and stylish -- it’s here you can feel the Ubisoft pedigree at work, but rather than copying the AC series, Watch Dogs holds back on the parkour to give you a more believable and grounded set of movement tools. It’s the sort of design sensibility you don’t often see, where less is more, despite ‘more’ being popular and marketable elsewhere. 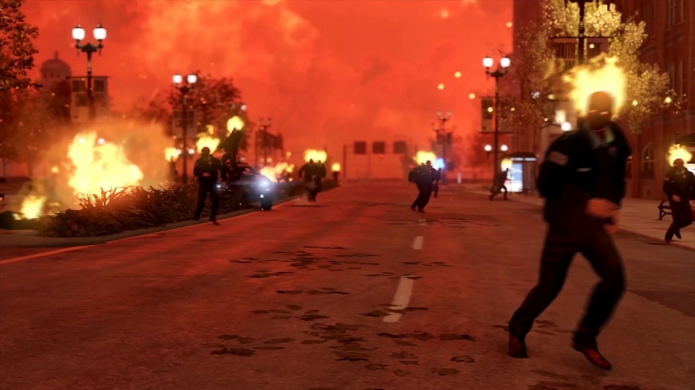 There is a sense of familiar design though, and it often doesn’t gel with what the game is working towards. Unlocking ctOS spots and opening up your peripheral activities, for example, is borrowed a little too heavily from other Ubisoft games, and works against the game being its own beast. Missions are also a bit linear, and the narrative feels a bit on-rails at times. This works heavily against the idea of an open-world, and as I’ve mentioned a few times, its design is at odds with the peripheral activity available to the player. A more coherent sense of freedom from the story component would have been good, but it’s clear how the two just don’t get along.

But is it acceptable? That’s a question for you and your requisites for this type of game. Multiplayer here, for example, is so much fun it should be illegal. It’s also asymmetrical in design leaving it so far outside of what we know in the space that it might not even be wholly adopted. It doesn’t feel tacked on by any measure and in many ways, it manifests as the sort of directive the campaign should have strived for. It’s important to understand and know that the game isn’t boring or broken because of its narrative linearity or disconnection between the city and the story, but it lacks a level of cohesion that would have tipped it in the right direction.

What you can walk away with is, like Assassin’s Creed before it, Watch Dogs has walked into a genre otherwise owned by one of the most popular and rewarded developers in the industry and holds its own. The question will always be “is it better than GTA?” and at this stage the answer is invariably no, but it’s early days for a game that builds on the strengths of its core marketing line, while balancing itself out on various fringe areas. It fails to expand upon its own principles though, and as a result remains slightly out of line with its potential. But damn, what potential it has.