Fairly early on in Wasteland 2 -- about 14 hours in -- you'll wind up in an area defined by the prison it was before the bombs dropped. It's a shitty place controlled by extortionate warlords, full of beggars, slaves and people bombed out on their drug of choice. It's a depressing look at post-apocalyptic life; a snapshot of an area where might equals right. And inside this place, where you're probably already feeling that things are too depressing, is an out of the way hideout called the "Fuk Shak", a terrifying series of cages filled with unfortunate people. The owner of this den of depravity isn't present, but his victims are, and if you can pick the locks on their cages you can give them their freedom. If you can't you're forced to leave them in there, knowing what you're leaving them to.

In Wasteland 2, failure is an option. It's an option you'll take, knowingly and unknowingly, dozens of times. Hell, I failed before I even started the game at least four times, and I wouldn't know it until my first hilariously terrible attempt to live through a random encounter. This is because, coming to Wasteland 2 with a background in the Fallout games, I expected to be able to create a hero character and build a party around him. This doesn't work, and it took me some time to work that out. 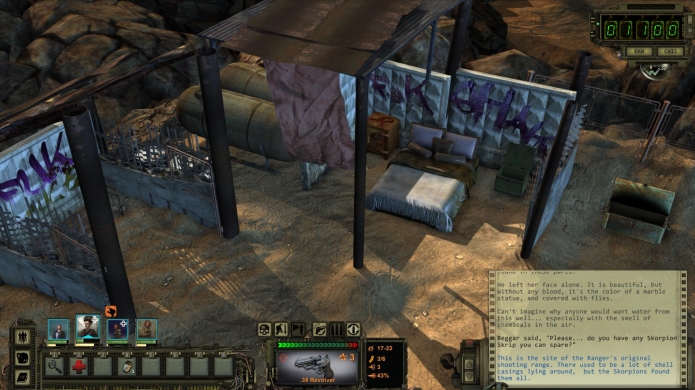 Each character in your party needs to specialise, basically. And because there's a decent chance they'll die, you need to build a degree of redundancy into everything. If the only person who can shoot a gun just took a critical hit to the brain, you'll begin to find the rest of the game gets a lot tougher -- but the same can be said of any number of critical skills. Any puzzle you can solve by shooting is one you can ignore (at least put off for a while), provided you have the ammo, so you can shoot locks and landmines if push comes to shove. But you can't shoot your way past fixing up a downed party member if they're the only one with any skill in Surgery.

These aren't things Wasteland 2 explains to you. Hell, it doesn't even explain how to attach skills to your hotbar, which complicates things if you are trying to work it out under pressure. This is a bad layer of complexity, the sort of thing easily sorted out by a quick (skippable) tutorial. It's in areas like this that Wasteland 2 missteps, where the game learns so much from nearly three decades of innovation in gaming but screws up some basic things.

Another area some won't be able to swallow is in the graphics department. It's not that Wasteland 2 is particularly ugly -- I've definitely seen uglier games, and they do a good job of creating visually interesting environments on the Unity engine. But the character models in the game are too often repeated, the animations are too goofy. They often look like action figures being shifted around the game-world which, in another game (one about action figures in a post-apocalyptic wasteland) would look great... but here it just looks shoddy. All too often the character models don't represent the portraits of the characters when you talk to them, and I saw the same character model for different "named" NPCs multiple times. 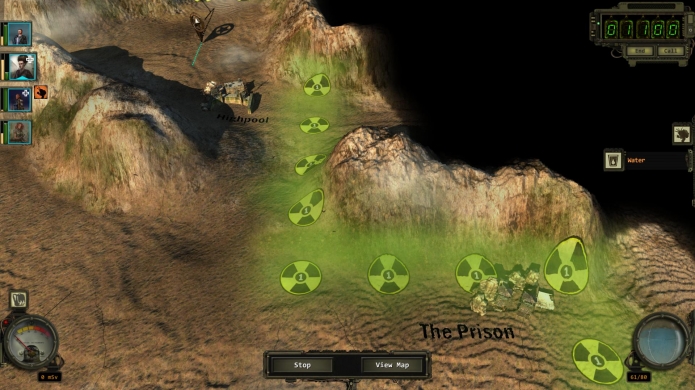 It's a shame, because it mildly detracts from Wasteland 2's real strength. Once you find yourself lost in Wasteland 2's world, hours slip by without your noticing. You'll become enamoured in the good complexity the game brings, experimenting with creative ways around traps or inventive ways to murder baddies.

At one point I found myself in a fight with a group of people I probably should have left alone, determined to triumph over them. Instead of reverting to a previous save and running off to somewhere more my tempo until I could get better gear, I spent at least an hour setting up the perfect ambush. I set up my best long-ranged fighters behind some cover well, well away from the action, and then I sent my speediest fighter in to trigger combat. He shot one of them, combat started and he ran all the way back, carefully navigating his way through a minefield. The dozen or so bad guys chased after him as he hid, and while he took a few shots in the back he made it to cover and the rest of my team went to work. Any time someone stood near a mine I'd shoot it, causing massive splash damage. Anyone who didn't come into the killing area took a sniper bullet to the head. As a team, we created a corridor of death and eventually we triumphed. I felt like a genius. And then I had to leave the next fight alone, because it was well above my team's capabilities.

Wasteland 2 definitely feels quite combat heavy, but that's the nature of turn-based combat systems. There's no rush for you to make a move (except when someone is bleeding out), so you can sit and analyse and make sure you take the best course of action. The non-combat stuff plays out at lightning pace by comparison. 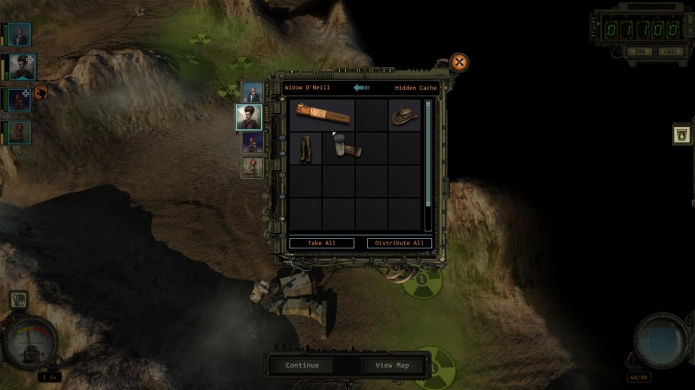 One thing I loved about the conversations in Wasteland 2 was the ability for players to type out commands that aren't presented to the player. When you talk to an NPC you're presented with keywords on the bottom of the screen, each option taken from prompting text spoken by the NPC themselves. If they say "Somebody's poisoned the waterhole" you might get a prompt for poisoned and waterhole, for example. Once you ask both those questions, though, you can also type in "Somebody" and there's a chance the NPC will give you more information. It's a brilliant conversational system, something you can't really get anywhere else, and it compels you to really pay attention to the game's story.

If you can navigate the minefield of inconsistent tooltips and ugly character models, Wasteland 2 provides an old-school experience with new-school tweaks. It's set in a dark world full of bad people, and you get to do your very best to make it a little brighter. And then you're forced to realise that no matter how hard you try, you can't save everyone. It's a wonderfully old-school RPG, something fans of a bygone era can use to scratch that nostalgic itch and new gamers can use to acquaint themselves with how things once were.
Latest Comments
Link