The point-and-click genre is one that goes back to the earliest days of PC gaming, and weirdly enough, to a time before the mouse was a thing people plugged into their decidedly beige computers. And that’s because the adventure game has always been one where narrative and story drove the on-screen action, and puzzles were seen as the mechanics in which to foster problem solving. Or simply, trying out various inventory combinations on a dead end to see what works.

Warp Frontier, from local indie Brawsome, is a new sci-fi point-and-click adventure game with a keen focus on narrative and creating a world to explore and play detective in. In terms of presentation it’s a throwback of sorts to the genre popularised in the '90s, albeit with art direction that instil a sense of comic book realism to environments and characters. In Warp Frontier you take on the role of space cop Vincent Cassini as he investigates a disappearance and then slowly unravels a plot involving a devastating war, its survivors, and the very nature of consciousness. 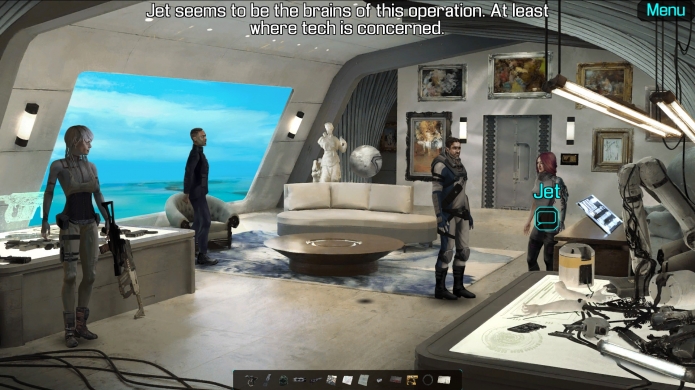 Where it impresses most is how it creates a futuristic world and cast of characters with their own history that feels real and unfolds naturally through simple observation and conversation. As opposed to, you know, walls of expository text that certain sci-fi finds hard to resist. Narratively there’s a lot of nuance to be found in the conversations between Vincent and his robo-pal MAC, his family, and other humanoids, which in turn leads to several branching paths and even different overall conclusions.

Warp Frontier, from local indie Brawsome, is a new sci-fi point-and-click adventure game with a keen focus on narrative and creating a world to explore and play detective in.


It’s so well handled that it was only after looking at the descriptions for the various Steam Achievements that it dawned on me that a completely separate route could have been taken.

Also, it’s worth noting that Vincent and other characters in the game are voiced with Australian accents (Brawsome is a local studio after all), which when mixed with the more traditional Americans in Space performances, creates a wonderful sense of atmosphere. Plus, it's a nice reminder that no matter where to travel, even if it’s into the distant future on a planet called Cetus, you’ll always bump into Aussies. 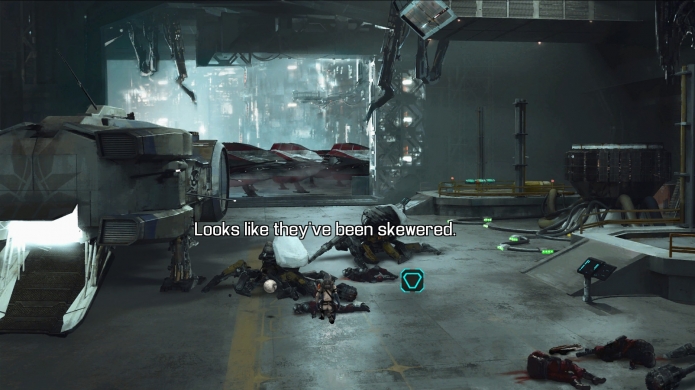 Most of Warp Frontier’s story takes place on a handful of locations, often industrial in nature, so it’s a bit of a missed opportunity that different beats within the tale don’t take place on any sort of strange alien planet. There’s a little bit of a The Dig vibe here, which is very cool, but the story is far more grounded and focused on Vincent’s investigation.

As mentioned above, dialogue and relationships play an integral role in the story Warp Frontier tells. That said, a lot of the mechanics and puzzles revolve around physical activity - sci-fi style. That could be using your ship’s navigation systems to fly around, using ship scanners to locate objects, using a fuse gun to swap out fuses back and forth a bunch of times to restore power to an elevator or device. In terms of traditional point-and-click puzzles, Warp Frontier’s are hands-on so to speak and go from intuitive and natural right up to frustrating and clunky. 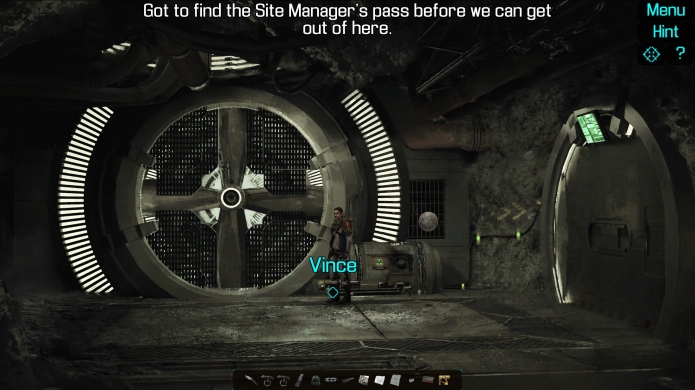 Part of this comes down to the inventory system and having to combine various items or put a bit of space resin on this thing or that thing. Oftentimes Vince will walk and stand in front of the object you’re trying to interact with, which can be frustrating. There’s a hint/walkthrough system built into Warp Frontier, so for those looking to simply enjoy the story, there’s that option. The only real lull comes with the cumbersome fuse-swapping section, which feels so much like a classic point-and-click adventure game from the 1980s or 1990s that you kind of feel bad criticising it.

Also, it’s worth noting that Vincent and other characters in the game are voiced with Australian accents (Brawsome is a local studio after all), which when mixed with the more traditional Americans in Space performances, creates a wonderful sense of atmosphere.


We’re in 2022, a time when the point-and-click adventure game genre is mostly seen as a retro thing. And with that it’s nice to see a game like Warp Frontier, a narrative adventure that can still deliver what made the genre so special in the first place. Through excellent world building, great characters, and a branching story, you’ve got a great slice of locally-grown sci-fi well worth digging into. Or, pointing and clicking through. And even though it’s held back a bit by its not-that-great inventory system, and a few cumbersome puzzles, the story is where it shines.
Latest Comments
No comments currently exist. Be the first to comment!
You must be logged in to post a comment. Log in now!
Follow Us
Latest Reviews
More...
News Feed
Advertisement
Latest Threads
Log In
Create Account | Lost your password? 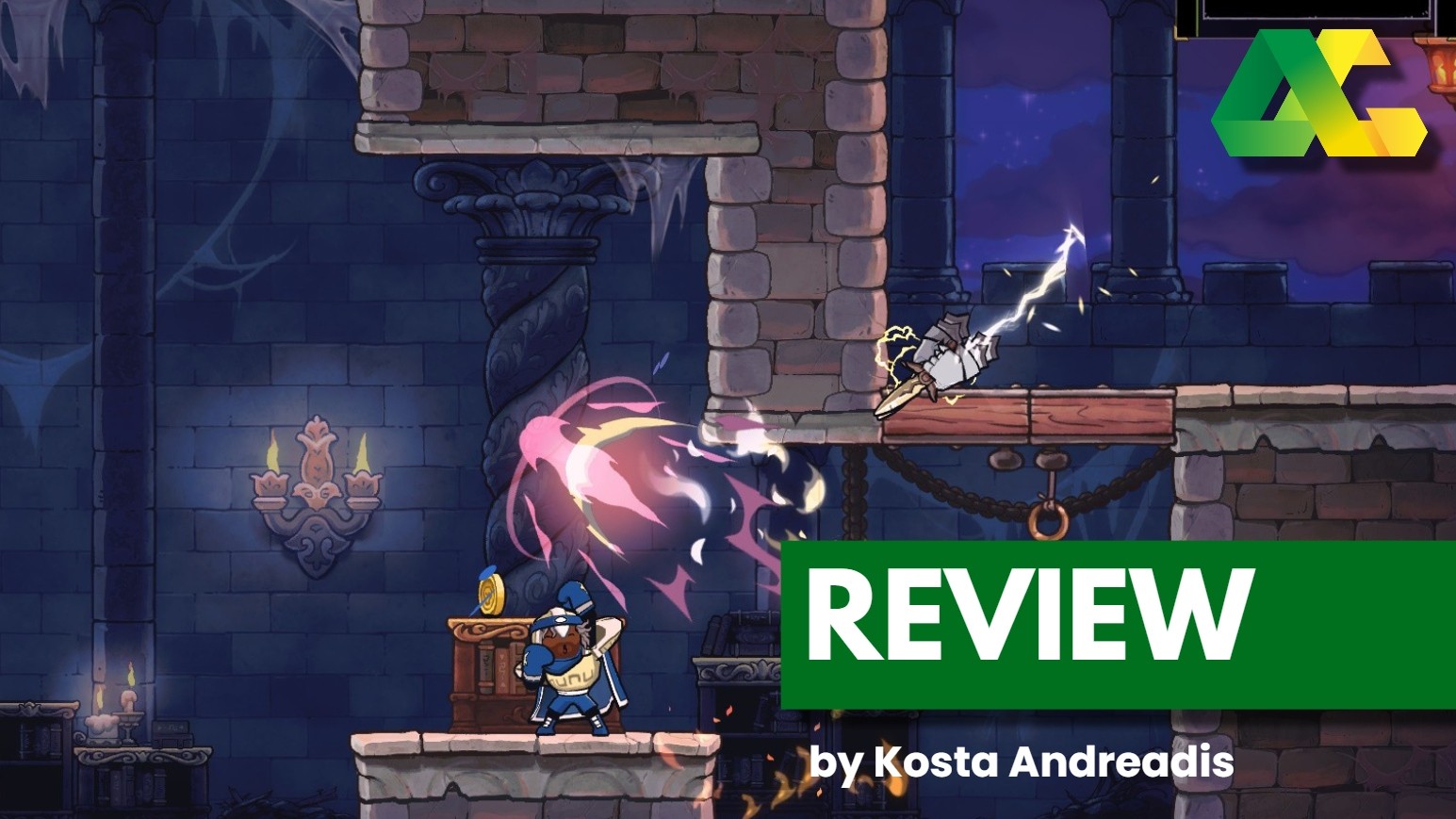