We’re past the halfway point on The Walking Dead now, and it’s safe to say that Telltale’s foray into Robert Kirkman’s comic book world has been, barring any unforeseen awful downward shift in the last two parts, a success. Long Road Ahead, by nature of being right in the middle, has to spend a lot of time treading water, but that doesn’t stop it from being hugely effective in parts.

The survivors of the first two chapters must, as is always the case in zombie fiction, move on. Much of this chapter’s action centres around a train, which really is an ideal way of travelling during a zombie apocalypse, but of course there’s little hope that the tracks will end in a safe haven. Naturally, absolutely nothing goes well here, and without spoiling anything, this is the most gut-wrenching episode so far – to such an extent that you can’t help but wonder where it’s going to go from here.

There’s a turning point in a lot of media, be it videogame, television show, comic or whatever, when the people in charge need to start mixing things up a bit to keep producing shock. There’s a moment in Episode 3, an absolute gut-punch of a scene, which made me wonder whether the game was capable of hitting me so hard again without horribly killing Clementine. But that doesn’t take away from how effective the horrible moments in this game are. This really is the most horrible episode, which is exactly what we wanted. 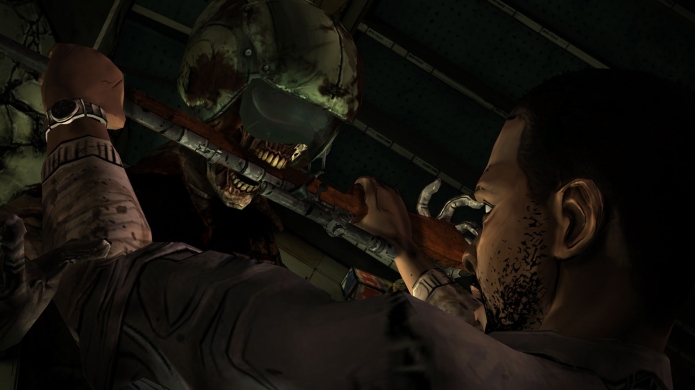 One thing that has become particularly clear, as of Episode 3, is that The Walking Dead will demand a replay once it’s all released. The great thing about the game’s choice system is that ‘right’ and ‘wrong’ are largely down to personal interpretation, and having limited time to make decisions in conversations means that you could well come away from this one with a deep sense of regret. I, for one, feel terrible about something I did during this episode.

But there are other areas where the third episode falls down a bit. The busywork of collecting items and solving rudimentary puzzles feels far more perfunctory in this episode than ever before, and there’s a bit too much time spent walking around fairly dull areas, looking for the right things to click on. The tension of Episode 2’s not-quite-right farmhouse and Episode 1’s convenience store are missed here; the settings of Episode 3 are less effective in covering up how rudimentary its adventure game elements are.

A few of the puzzles are just flat-out stupid, as well – they’re not difficult, just nonsensical. At one point you need to get a map, but you can’t because Kenny’s sitting next to it, and Kenny doesn’t want to be bothered. It breaks the immersion a bit when something like this is presented as a problem to be solved, and it’s a shame that the writers didn’t come up with something that made a bit more sense. The ending is a little muted too, compared to the dynamite finales that Episode 1 and 2 offered up, but then if all five episodes ended on a bang we’d likely experience some diminishing returns. 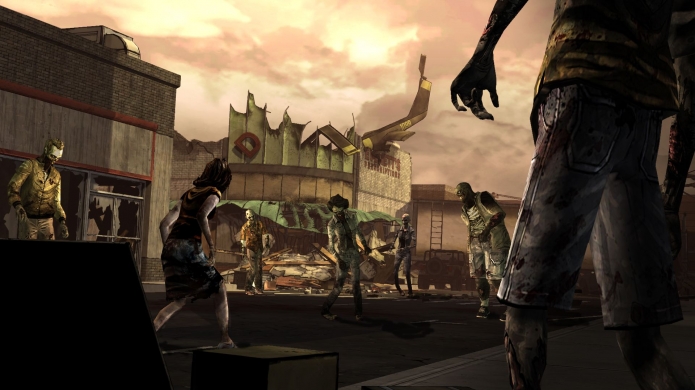 On the plus side, there’s an action sequence early on – a proper shooting gallery, alongside the usual QTEs – that totally works, as simple as it is. The Walking Dead has experimented on the typical Telltale formula, with a lot of success, over the course of these three episodes, and this is definitely one of the more interesting things it has done.

In any case, at this point I’m fully along for the ride, no matter where Telltale takes me. I’m not foreseeing a happy ending here, but I’m damn well invested in whatever comes next.