When we reviewed The Division 2 around this time last year, we put forth the argument that the endgame or what happens once the campaign wrapped, and level cap reached, wasn’t the be all end all. Of course, for an always online RPG-like experience, one that is updated and fleshed out with new stuff to look at and shiny loot to acquire at regular intervals – ‘the endgame’ drives those return habitual visits. What we were simply trying to point out was that the journey in The Division 2’s base campaign was varied, impressive, in-depth, and rewarding in ways the original game only hinted at.

It’s digital rendition of an abandoned, sweltering, and swampy Washington D.C. presented a stark contrast to the wintery and desolate New York of the 2016 original. In addition to the change in seasonal climate and an improved Snowdrop engine that allowed the streets to be filled with an impressive abundance of garbage, clutter, and destruction no matter where you looked – this exponential growth in detail played into the variation in activities found throughout the Capital Wasteland. From liberating pockets of resistance to stumbling upon hostages that were about to be executed, there was (and is) a liveliness to The Division 2’s Washington D.C. that ensured the journey was satisfying long before reaching the endgame destination. 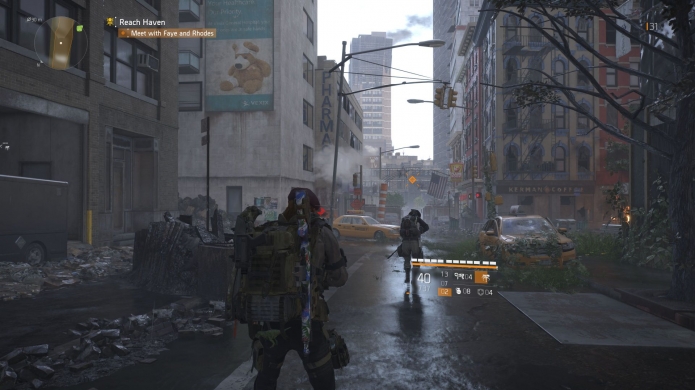 Warlords of New York is in many ways a return to this journey, an expansion in the classical sense of the term, where story, location, and environment play as important a role as balancing stats on new weapons and creating more engaging progression paths. Naturally, the big draw card is a return to the Big Apple, New York City, the once bustling metropolis that served as the awe-inspiring backdrop of the first game. Here we get to see new and familiar boroughs, this time in the vibrant and chaotic garbage-filled summer of The Division 2. Where the new dynamic weather system can see a bright and sunny afternoon walking through the ruins of Wall Street turn into a thunderstorm of unpredictability and volatility – reminiscent of the marketplaces the location once held.

“Warlords of New York is in many ways a return to this journey, an expansion in the classical sense of the term, where story, location, and environment play as important a role as balancing stats on new weapons and creating more engaging progression paths."


Here you’re on the hunt for rogue Division Agent Aaron Keener, an antagonist that has been a part of the series since the first outing. Tracking him down and all of his top lieutenants in New York is fitting, and in one of the more welcome changes made to The Division’s campaign structure is the ability to explore and tackle everything up to the Keener showdown in any order you see fit. 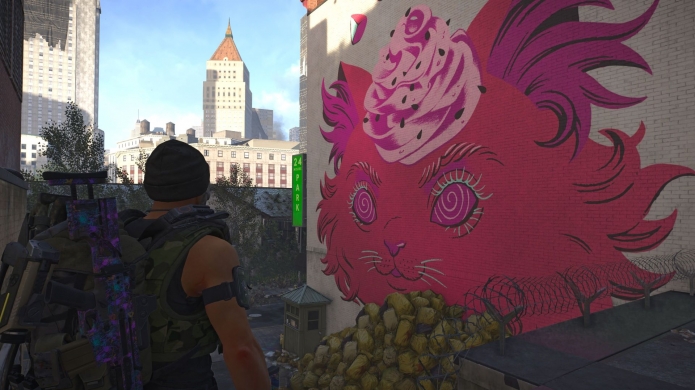 Although the size and scope of Warlords of New York’s environment is smaller than the base-game’s D.C., or 2016’s Manhattan, what’s here reflects both a best-of and continual growth of the good stuff that has come before. Referring to this release as an expansion in the classical sense is apt because structurally you can draw parallels to the sorts of expansions found in many of the classic action-RPGs released over the years. An increased level cap (Warlords presents a new 31-40 level progression), new gear to find, and new environments, dungeons, and activities to discover and explore. Plus, all the baggage that comes with that.

Baggage in the form of loot and builds carefully put together and hoarded over the past year that are all destined for the scrapyard as soon as that first new item or two drops. Or better yet, destined for the extraction table, which lets you extract talents and abilities and stats from items – adding them to a pool of recalibration goodness to call upon. At its core something like a level cap increase can be viewed as arbitrary, a way to rekindle some of that clear and concise launch-period progression and nothing more. Warlords of New York not only presents new environments to explore and the return of enemy factions like The Cleaners to tackle, it also completely revamps the progression and the endgame in what’s being dubbed Gear 2.0. 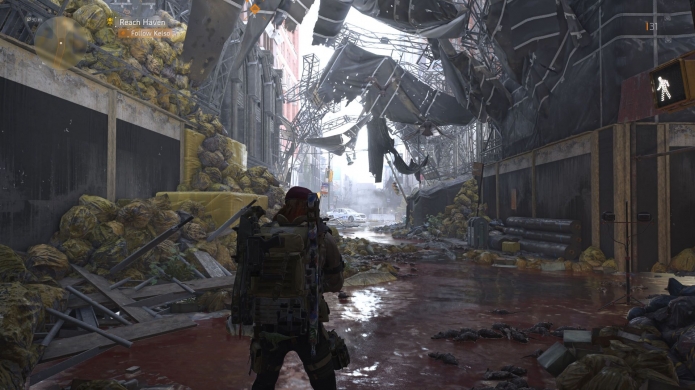 Part overhaul, part ‘lets-make-this-sea-of-numbers-a-little-better-to-understand’, Warlords of New York does away with Gear Score to determine overall power. Instead it’s replaced with more concise and relevant stats. In Warlords of New York once you reach Level 40 (and hop back and forth between New York and D.C.) you’ll remain Level 40. New gear and items and talents will drop and roll with clearer stats with the goal being to get those ‘god-rolls’. In-game arrows will immediately tell you if an item is good or better than what you have currently equipped so there’s no need to drill down into the minutiae if you don’t want to. But, getting in the numerical weeds is where the Gear 2.0 system feels like a marked improvement over the whole Gear Score setup. Going back to the stat extraction and recalibration library you can keep, an Assault Rifle that drops with a maximum 15% bonus damage stat might be worth losing to ensure you have that recalibration and crafting option for every AR moving forward.

“Part overhaul, part ‘lets-make-this-sea-of-numbers-a-little-better-to-understand’, Warlords of New York does away with Gear Score to determine overall power. Instead it’s replaced with more concise and relevant stats."


In fact, building out your Recalibration Library can become a game in and of itself. What the new gear and stat system ultimately highlights is that the level-cap increase from 30 to 40 makes sense and feels earned in an expansion like this. 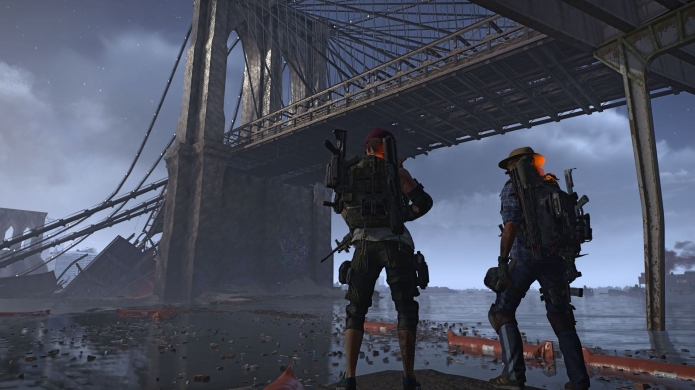 What hasn’t changed all that much though is the core feel of The Division 2’s cover-based third person shooting, where positioning and keeping a safe distance provides a different feel to other first-person offerings. This extends to the sorts of activities and missions you’ll find in Warlords of New York, where the change in scenery serves as the biggest, well, change to how The Division 2 plays. Levels are still challenging but there’s a general lack of surprise to the flow that is a little disappointing, in that it kind of feels that the underlying gameplay of The Division and the sorts of levels and missions you can expect to find have reached ‘peak variety’. But when that variety essentially blends the original game’s setting and enemy factions with that of The Division 2’s vibrant Washington DC - Warlords of New York presents more than enough reasons to re-visit the Big Apple.
Latest Comments
No comments currently exist. Be the first to comment!
Commenting has been locked for this item.
Follow Us
Latest Reviews
More...
News Feed
Advertisement
Latest Threads
Log In
Create Account | Lost your password?