Even though it features a somewhat mouthful of a title with The Dark Pictures Anthology – Man of Medan, it’s still one that suits the latest effort from Supermassive Games. The studio behind the surprise horror hit Until Dawn for PlayStation 4. Presented as the first story in a new horror-themed anthology series, Man of Medan is what you’d might refer to as an interactive movie. A term coined somewhere in the 1990s to try and lump a group of games together that relied on cinematic presentation that shared more with movies than they did, say, the arcade roots of the early videogame era.

Titles that embraced the, at the time, brand-new multimedia format of the CD-ROM. 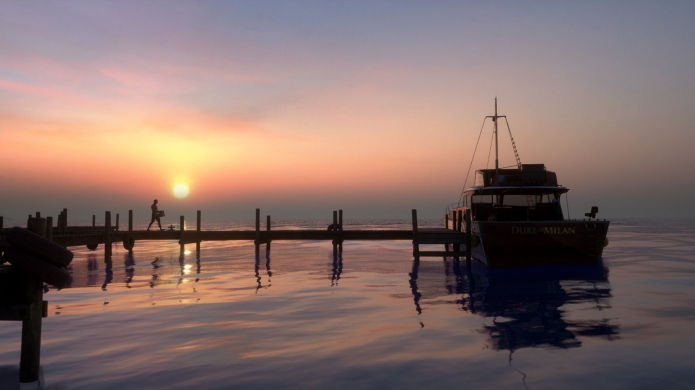 For Man of Medan this means being put in control of a group of characters or the principal cast in a cinematic supernatural tale of the macabre, deciding not only on their individual dialogue choices, but certain dramatic ones too. In addition to heat of moment pressings of buttons with very little room for error. Yeah, quick-time events aplenty. Where it excels or escapes what may be perceived as a strictly linear sequence of events played out in succession comes from the branching paths, narrative choices, twists and turns, and fates that can change, evolve, sometimes drastically so over the relatively short but satisfying running time.

“Presented as the first story in a new horror-themed anthology series, Man of Medan is what you’d might refer to as an interactive movie.”


That said, an experience like Man of Medan – one that lives in the horror space – is something that outside of interactivity unique to the format, would need the atmosphere and immersion to back it all up. Outside of some stiff walking animations and robotically trying to get in the right position to read a nearby document or check out a sparkly glowing thing in the room you’re standing in, it mostly succeeds. The real-life actors turning in digital performances are mostly solid, with Quantum Break’s Shawn Ashmore as Conrad and Ayisha Issa as Julia being a few of the stand-outs. The environments and effects are all excellent, and with very little in the way of exploration outside of finding hidden objects and collectibles there’s cinematic camera placement and movement reminiscent of the Resident Evil series. 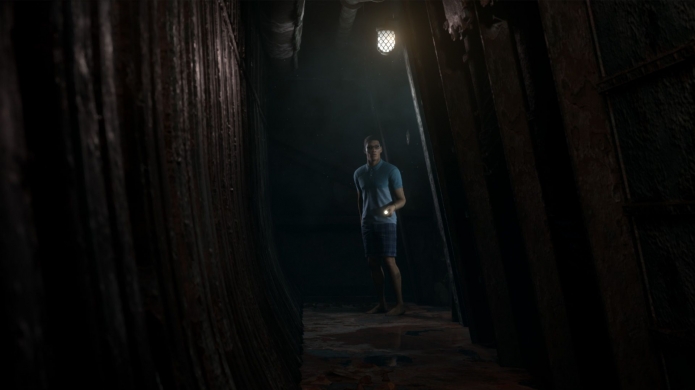 This then lends itself well to numerous jump scares, of the unexpected horrors popping into frame variety. Sometimes abruptly with accompanying musical cues, and sometimes subtly with an apparition of a figure eerily appearing between camera cuts. Man of Medan doesn’t do anything new with the horror genre, and as a setup or beginning of a planned series it feels like a safe and consequently unremarkable opening. The story, which centres around the mysterious disappearance of a large U.S. military ship somewhere in the vast ocean between China and North America, and a modern day group of young thrill seekers mixed up in discovering its history as well as being pitted against a group of pirates – takes time to, well, get moving.

There are psychological elements, and the violence and creepiness bubble up from time to time, but it’s hard to shake the feeling that if the tale being told was part of new anthology series on Netflix then you’d probably won’t recommend it to friends and family. On the account of large chunks of play-time being rather bland. As interactive horror though Man of Medan has a few great tricks up its sleeve, namely in the form of Movie Night which is a mode that lets up to five players in the same room pick their character(s) and then shape those individual decisions over the course of the story. 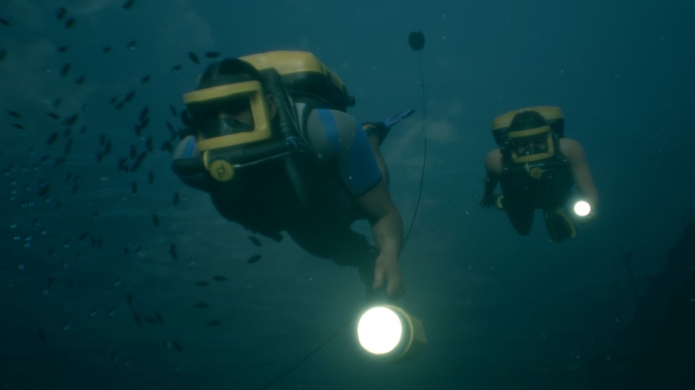 This mode is engaging and highlights the commendable effort put into the various pathways and multiple endings, several of which include some or most of the cast dying gruesome deaths. To quote Ted Theodore Logan, “most heinously”.

“There are psychological elements, and the violence and creepiness bubble up from time to time, but it’s hard to shake the feeling that if the tale being told was part of new anthology series on Netflix then you’d probably won’t recommend it to friends and family.”


One look at the score and you might feel that the The Dark Pictures Anthology has a long road ahead to prove itself, but as is the case with the anthology format - it’s one spectacular or memorable story away from becoming a cult or out-right classic. The format, setting, technology, craft, and interactivity on display in Man of Medan bodes well for the future. What we’ve got here, although replayable, doesn’t quite invoke the sense or feeling or general incentive for you to go back to re-watch or re-play. A so-so debut for a promising series.
Latest Comments
No comments currently exist. Be the first to comment!
You must be logged in to post a comment. Log in now!
Follow Us
Latest Reviews
More...
News Feed
Advertisement
Latest Threads
Log In
Create Account | Lost your password?