Alright, lets put the Super Street Fighter Mega Turbo Championship jokes behind us and focus on the game at hand. Is this really worth grabbing if you've already got Street Fighter IV on your home console? The short answer is a resounding, yes. SSFIV takes one of the best fighters to date and improves on the package as a whole, cementing its place as the king of fighters on consoles. With several additions over its predecessor (although not all instantly apparent) SSFIV results in more in-depth challenge thanks to an increased character roster and vast improvements in online play.

SSIV's game mechanics remain, for all intents and purposes, identical to its predecessor. And with good reason. There's no need to change what is already instantly recognisable and effective, not to mention the fact that fanboys would cause such an uproar, that Shadaloo itself would probably crumble into the depths of its undisclosed location. Each character now has at least two Ultra combos, selectable before you battle ala SFIII. Once your revenge meter fills it's time to return the favour, replete with devastating effects, flashy camera modes, and copious amounts of damage. This gives you that little bit of incentive to continue through with the original character roster and not only the new fighters. 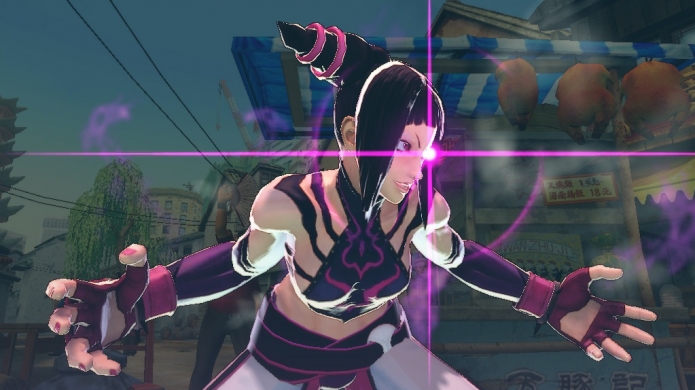 As with most updated versions in the SF franchise, the first addition you will notice is a larger character roster. Bumping up your fighter selection from 25 to 35 provides a plethora of new fighting styles to master and attack patterns for players to learn. Eight 'classic' characters are included from previous games; Cody and Guy from Final Fight, Adon, T.Hawk, Dee Jay, and from SF III, Makato, Dudley and Ibuki join the ranks. We also have two brand new characters to select from - Hakan, a bulking red beast of a man who specialises in Turkish oil wrestling (watch for his ridiculous 'I'm covering myself in oil' precursor move), and a fast, warping South-Korean girl, Juri.

With ten extra characters there's plenty of opportunity for those who put in the hours to destroy veteran fighters unless they too pick up their game and educate themselves in the tactics of these newly recruited adversaries. With such varied attack patterns and strategies, specific to each character's speed, fighting style and size, even an advanced player would be forced to rack-up plenty of hours to master them all. And therein lies the beauty. For what seem such simple alterations, they provide so much change within the game that it just begs to be studied. 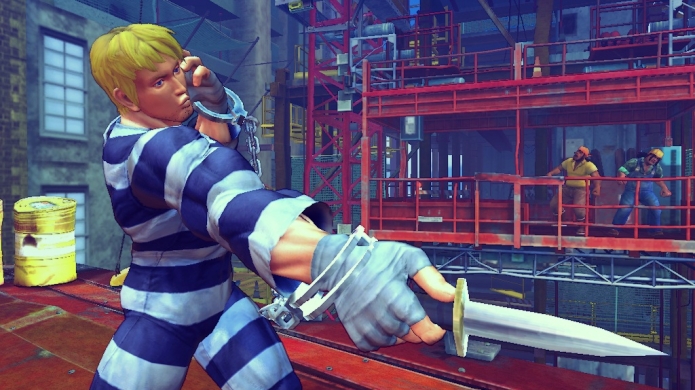 Improved multiplayer matching means that I experienced lag problems far less than SFIV, meaning that each loss to my multiplayer ranking was due to my own fault, not that of shitty connections. Capcom have kindly included several new online modes, including a Replay Channel, allowing you to watch and save replays of your own and view and save others from around the world. Up to eight players can compete in a team battle. The most interesting mode is Endless Battle. This mode places you in a queue of up to eight players watching the other players' matches until it's your turn. It's kind of like a 'party mode' of sorts. If you can't get all your mates around at once to battle it out, it's a good option to do it from your prospective dwellings with the headset enabled. It's good fun and reminds me of sitting around a SNES whilst people trash talked each other waiting for the controller.

Unfortunately, for some strange reason, SSFIV does not have a tournament mode out of the box. But the good news is that it will be available as a free download on the 15th of June. You'll just have to wait to play the classic tournament mode.

Along with the standard multiplayer rankings (Player Points), players are now also allocated Battle Points, specific to the character you are using. These do not dwindle if you use a different character allowing you to muck around with newer, unfamiliar characters online without the fear of losing your character's battle ranking. Your overall ranking may still fall, but others can view your overall skill with a specific player, giving a more accurate insight into a player's skill level.

Whilst SSFIV doesn't technically broach any new ground per se, the improvements in multiplayer functionality alone provide reason enough to purchase this version. The extra characters, Ultra's and the inclusion of classic SFII Bonus Rounds are just the icing on the proverbial cake that is the best fighter around. And thankfully we no longer have to listen to that horrible J-pop, Backstreet Boys style theme song. If you don't own a SF game yet, this is currently the definitive purchase.