Offering up a helping hand is never a bad thing. Making something a little easier for those that might struggle with controls, or let them simply skip a section entirely after a few too many failed attempts. Playing on ‘Easy Mode’? Sure, why not. As a compendium of sorts, a celebration of a franchise that made its debut back when they still used to have a few arcades around the place, Super Monkey Ball Banana Mania is every bit the latest game in the series and a greatest hits collection.

For fans of the series, or those looking for a dose of classic SEGA arcade action, it’s wonderful.

As a game Super Monkey Ball made its biggest splash at the turn of the new millennium as one of the first third-party standouts for the then brand-new Nintendo GameCube. Debuting on a brand-new console that was turning heads with its impressive-for-the-time rendering of fancy 3D visuals in games like Star Wars Rogue Squadron II: Rogue Leader, SEGA's Super Monkey Ball was simpler. In terms of its look and easy to understand setup it was Marble Madness... except you’re tilting a stage to direct a monkey inside of a ball towards a goal. 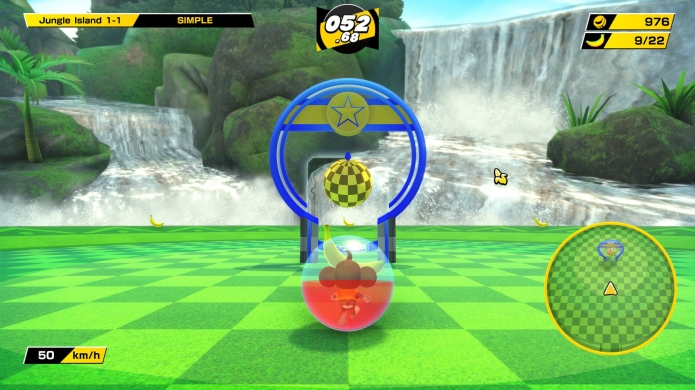 The core game is as easy as that and hasn’t changed. Except that it’s not really easy in the challenge sense. Super Monkey Ball Banana Mania’s dedicated story mode is a testament to that, with it covering a range of creative stages across a number of themed locales. It definitely eases you in, especially if you’re a newcomer, but it’s also surprisingly quick to lean into the stuff found in the compendium of stages from the first two GameCube outings.

As a compendium of sorts, a celebration of a franchise that made its debut back when they still used to have a few arcades around the place, Super Monkey Ball Banana Mania is every bit the latest game in the series and a greatest hits collection.


That thing where skill is a component, but also, learning the layout and getting lucky with the physics. Credit goes to the development team, all of those shortcuts and high-speed almost cheat-like dashes through stages from the GameCube era? They still work, even in rebuilt-using-the-Unity-engine form. Super Monkey Ball Banana Mania has a great feel, though the way it handles difficulty falters a bit. 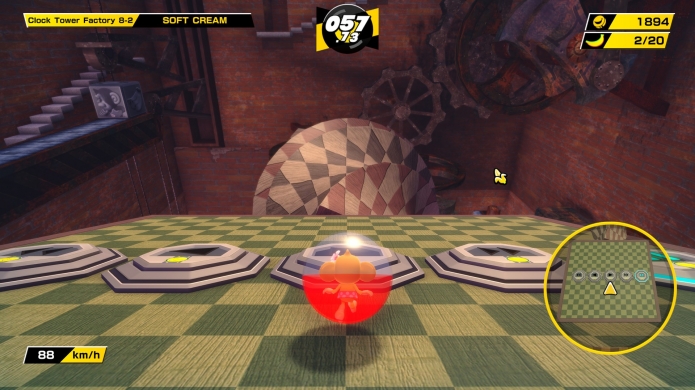 The aforementioned easy mode simply doubles the timer for completion and adds a few paths to follow -- something that rarely factors into the more challenging physics-based stages where timing and speed trumps knowing which direction to head. Also, the option to simply skip a stage can quickly become a problem if you’re not actively testing the limits of the game’s physics and other elements. It doesn’t take long for the “hey, do you want to…” prompts to appear, which detracts from the more deceptive side of the experience. When trying the same stage countless times, kind of is Super Monkey Ball.

It’s great that SEGA put in the effort to not simplify or diminish the core Super Monkey Ball flow by keeping things simple for simple’s sake. Or even splitting up the easy stuff from the hard. One stage might be a challenge and the next could be a breeze, this has always been true of the franchise. And in letting you experience those classic stages as Sonic collecting rings or Beat from the cult Dreamcast classic Jet Set Radio, the celebration feel is always present -- even when things get frustrating. 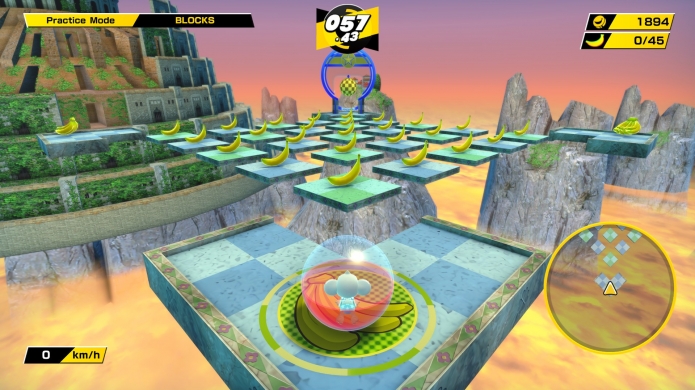 In addition to the classic stages and the story mode (which thankfully isn’t narrative heavy) SEGA has also brought back a number of the mini-games from past entries, including Monkey Target, Monkey Fight, and Monkey Bowling. Party games that vary in depth and quality but are true to their original incarnation in much the same way the core game nails the physics and feel of classic Monkey Ball. Getting to experience these like it’s 2001 all over again is a lot of fun.

Credit goes to the development team, all of those shortcuts and high-speed almost cheat-like dashes through stages from the GameCube era? They still work, even in rebuilt-using-the-Unity-engine form.


In the end though it all adds a somewhat dated feel to the experience, where remaining faithful sees the return of things like camera issues whenever you’re in the air and moving with speed. It would have been nice to see a few modern touches, maybe shake things up with a zoomed out view or up the celebration with things like that one stage from the original game that took place on an actual GameCube. The themed levels are fine, but leaning into more SEGA history would have definitely added to the celebratory feel of Super Monkey Ball Banana Mania. A fine return to monkey-in-ball form, by the way of past glory and frustration.
Follow Us
Latest Reviews
More...
News Feed
Advertisement
Latest Threads
Log In
Create Account | Lost your password?