The release of Super Mario 3D All-Stars last year, which packaged classic 3D Marios from the Nintendo 64 through to the GameCube and Wii, was a reminder that the three-dimensional platformer -- namely titles featuring the world’s foremost digital plumber -- was still relevant. And also, from a certain era. Because you know, the number of vibrant 3D platformers we see in any given year now, compared to the N64 and original PlayStation era, is maybe one. Two.

Even Nintendo has shifted its gaze away from the 3D platformer over the past decade, the resurgence of old-school Super Mario in the 2.5D styling of the New Super Mario Bros. series. Super Mario 3D World for the Wii U, which was that system’s big Mario game, presents linear ‘reach the flag’ Super Mario stages in 3D. Even though it has 3D there in the title. That’s not a slight on the strength of its co-op game, but there’s something about the flow of 3D World that feels as much like an extension of the NES era than anything else. 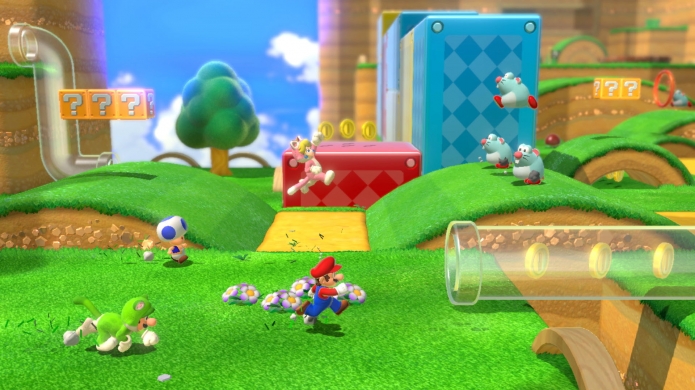 And that’s present tense because this is essentially a review of that game in Nintendo Switch form. That is, until you realise ol’ Ninty has added a little something extra to the release -- and the game’s title. An additional mode, an expansion; a second game in the form of Bowser’s Fury. Now, in 2021 it's fair to think of Bowser’s Fury as a quasi-sequel of sorts to 2017’s brilliant Super Mario Odyssey. It presents a single, large open-world to explore, and a premise that is equally charming, fun, and cute. It’s also as strange as Mario’s team-up with a sentient hat that for some reason lets him Being John Malkovich a dinosaur.

In 2021 it's fair to think of Bowser’s Fury as a quasi-sequel of sorts to 2017’s brilliantSuper Mario Odyssey.


Here Cat Mario needs to collect Cat Shines in the cat world in order to awaken the Giga Bell that can transform him into Giga Cat Mario in order to take on the giant Fury Bowser in a battle akin to Godzilla v Meowthra. And he does so by teaming up with Bowser Jr., who’s realised that this time his dad’s fully out of control.

Compared to Super Mario 3D World there might be a little confusion, as that game presents a vastly different experience. Co-op gameplay with a competitive edge, time-trial inspired level design in the sense that racing can be a key component. Stages or levels that are short and sweet, with an overall flow that is as linear as the story is non-existent. Chaotic in a way Mario rarely is, as two-to-four players move about in an animated flow-chart of branching ‘ways to Super Mario’. 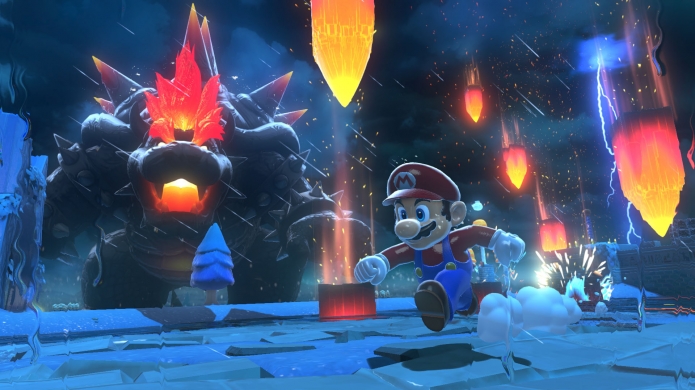 In our review of Super Mario Odyssey we described a particular sequence as “an interactive history of past glories filtered through the sort of prism that turns a regular beam of light into a rainbow”. Which, in addition to being a great line (yeah, yeah, that was me) -- describes Bowser’s Fury.

Even though Fury isn’t all that long it is as rewarding as Super Mario Odyssey, it challenges you to collect each and every Cat Shine or to seek out and discover any number of its many secrets. It does so through its world, the layout, the sense of exploration. The brevity might result in a playtime far shorter than, say, Odyssey or any number of mainline 3D Marios -- but it doesn’t detract from its brilliance. 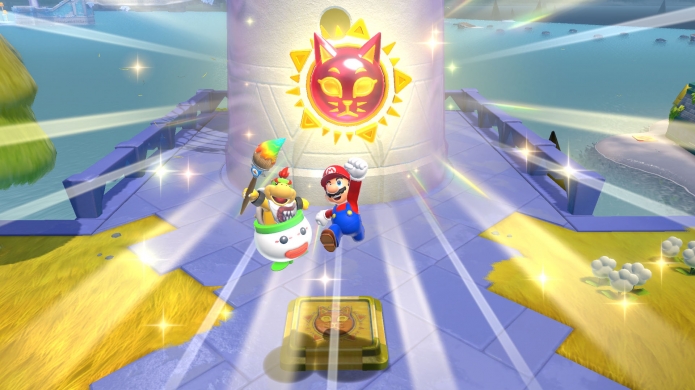 In fact, there’s added focus here. And context too. The island setting works great to keep the map from becoming overwhelming, the constant threat of Fury Bowser adds pressure and incentive to keep going, the plight of all the kitty cats is, well, you gotta save the cats.

Even though Bowser's Fury isn’t all that long it is as rewarding as Super Mario Odyssey, it challenges you to collect each and every Cat Shine or to seek out and discover any number of its many secrets. It does so through its world, the layout, the sense of exploration.


Bowser’s Fury is a Mario adventure as memorable as anything we’ve seen to date, and a testament to the relevance and timeless nature of a “proper” 3D Mario game. Super Mario 3D World is pretty good too, but as a re-release of a known entity -- one that arrived before Odyssey hit the scene -- it feels almost like a misstep. That is before you discover any number of its wonderful stages and set-pieces. Again, it’s pretty good.

Bowser’s Fury though, is great. And weirdly, it’s also something that could only exist as an addendum to 3D World. 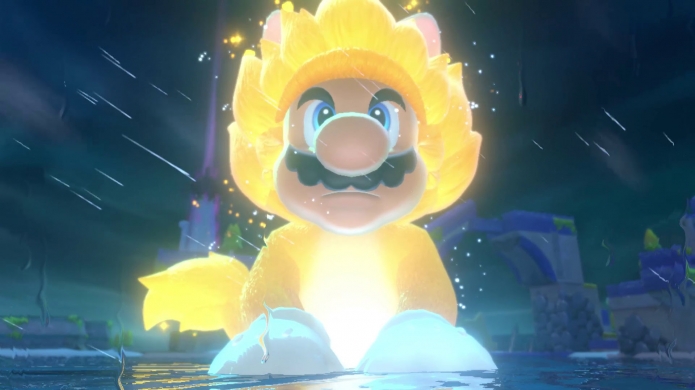 It takes the elements of Super Mario 3D World and remixes them in a way that transcends the original. Mechanically it takes the controls, abilities like Cat Mario, being able to store and recall items, co-op in the form of an additional player-controlled character, enemy-design, specific objects, obstacles, visual language, and lots more. Even the just about dialogue-free narrative, which in 3D World was a short-cut to get to the action, is taken and lifted to new heights. The menacing presence of Fury Bower needs little in the way of explanation, neither does the friendly face and helping hand of Plessie or a distraught Bowser Jr.

Bowser's Fury is one the best videogame remixes of all time. And that's a remix in the musical sense, where 3D World is stripped apart, tossed aside, new things brought in, and other bits of inspiration bubble to the surface. Bowser’s Fury has a few notes from Super Mario Sunshine, several chords from Super Mario Odyssey, but a build-up, breakdown, and drop that is as sublime and fresh as anything in the long-running series.
Latest Comments
No comments currently exist. Be the first to comment!
Commenting has been locked for this item.
Follow Us
Latest Reviews
More...
News Feed
Advertisement
Latest Threads
Log In
Create Account | Lost your password?