Have you ever thought about how you say “hello”? It’s a simple question about a seemingly simple two-syllable word: “hel-lo”. A smile, a handshake or, if the fates conspire in your favour, a hug and a kiss.

But it’s not as simple as that. The “H” has a hard vocal start, the rest of the word trails off, but your tongue does a lot of work. Your body language needs to reflect the word as a warm greeting or, at least, an acknowledgement of acceptance of someone else’s space, or words. Conversely, in Japan “hello” is either “moshi moshi'' which has ties to ghosts and is an invite to speak, or it’s “kon'nichiwa” -- three more syllables than our basic English word. Requiring way more work within what Stone Cold Steve Austin would refer to as your “pie hole”. And that’s how the Aussie-developed Speaking Simulator gets you -- work.

It’s the fun and the problem with the game all at once. The novelty of being an android hellbent on infiltrating humanity, as a believable, “even cool” human (in robot disguise), wears off quickly. The writing in the game is fun, it’s barebones and performs its task about as well as you trying to talk your way into a nightclub past a bouncer, in that after awhile it all feels like a chore. The further I got into the game the less the dialogue meant anything despite speaking being half of the point. Before you know it, you’re not just manipulating a tongue in an android mouth with three switches, you’re controlling eyebrows and eye contact, even your chalauntless, all while moving your mouth and tongue; teeth spilling out of your head just in an effort to ensure Katy from HR, who has a thing for you, inappropriately, stays interested.

"Speaking Simulator is a joke wrapped within a tongue-twisted joke. Simulators are, largely, silly in premise -- want to be a farmer without leaving the couch, you can do it..."


But I don’t want to take away from what ex-Halfbrick kids, Jed and Jordan, have done here. Speaking Simulator is a joke wrapped within a tongue-twisted joke. Simulators are, largely, silly in premise -- want to be a farmer without leaving the couch, you can do it. Ever had a desire to be a bus driver? Me either, but the experience exists and it’s oddly compelling. From starting up weed empires to managing construction on a building that DOES NOT EXIST in the real world, simulators give you the fantasy of doing the thing you wouldn’t normally do in real life. And they’re popular. 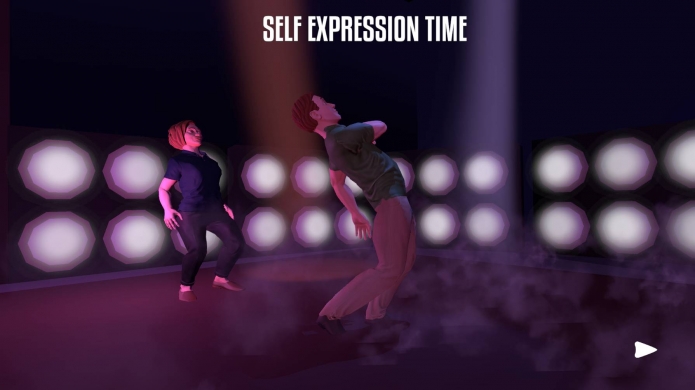 What separates Speaking Simulator from any of the above is its absurdity. Why is an android trying to infiltrate humanity, and why does his promotion give him the platform to assume that goal is now achievable? (Again, Katy from HR hooked this up in complete contrast to her role, and the appropriate work environment she’s meant to be enabling. Just saying.)

I mean, who even made him?

"Scenarios force the player to work through awkwardly-constructed social situations; job interviews, dates, performance reviews or, as mentioned above, trying to get into a nightclub through a bouncer..."


This is Gonzo game design. And no, not in the same air as Hunter S. Thompson, rather actual Gonzo from the Muppets. It, like he, has no right to exist and, for all of science, what even is he? But there is a game here -- scenarios force the player to work through awkwardly-constructed social situations; job interviews, dates, performance reviews or, as mentioned above, trying to get into a nightclub through a bouncer -- the so-called “modern inquisition” of society. Your performance is rated on the successful manipulation of our android and his consistency. Earn enough reputation and you can upgrade him via his teeth. A gold tooth is a fully upgraded ability, which is simply another example of the absurdity of the game -- getting a gold grill, apparently, is as ‘human’ as it gets. 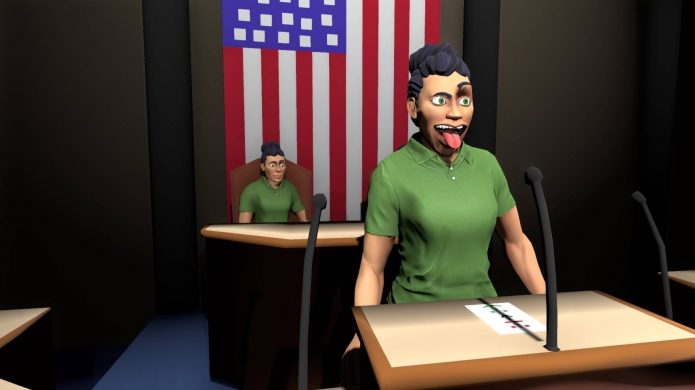 On Nintendo Switch I found the game a bit hard to control. With a mouse and keyboard on PC it’s far more manageable, but less fun than on a couch on a big TV. But this brings us full circle with the opening negative statement: the game’s problem is in its gamneplay loop-- speaking. The writing and comedy gets lost and the whole thing turns into a QTE-fest that stops, very quickly, being fun. The premise is great and it’s always awesome to see Aussies innovating and being silly, but Speaking Simulator loses its charm too early due to the hard work associated with infiltrating and ultimately taking down humanity. One date at a time.

A niche will exist for this, and I seriously hope Jed and Jordan successfully infiltrate their bank accounts in the positive, but for all its worth, Speaking Simulator loses itself too early and pushing through the whole experience is as draining as an android’s solar battery during a an overcast day. I can’t fault an Indie duo doing new things, and as far as risky game design goes, this is right up there. Unfortunately the novelty wears off far too quickly and you’re left with a shame pile title likely to keep collecting dust, unless you’re really in to Katy from HR.