It seems that any new isometric action-RPG released these days is destined to be compared to Diablo - arguably still the go-to template for the fast-paced action and deep character customisation that defines the genre. That being said, Shadows: Awakening from developer Games Farm and Kalypso Media, definitely mixes things up – thanks mostly to its setup and story that involves controlling a demon and possessing souls. Which in turn means you can switch characters and classes on the fly, and even enter a shadow-realm to find secrets, new pathways, or solve puzzles.

The downside to this though is that the more souls you add, which naturally increases the overall variety in playstyles available, it also ramps up the sheer amount of character customisation that you need to stay on top of. And when that involve different helmets, weapons, amulets, skills, and so forth for each new character – it can become somewhat overwhelming. In terms of immediate action though, the opposite is true. Shadows: Awakening is very much a dungeon crawler when it comes to action part of the action-RPG equation - and switching characters and accessing abilities is a fast, fluid, and intuitive process. 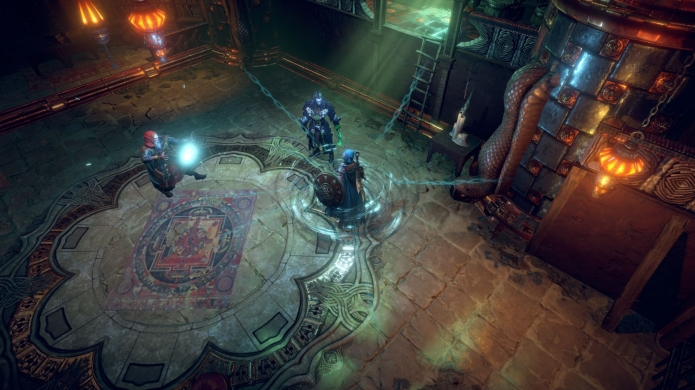 Being in control of multiple classes (the game begins with just the one to ease you into switching between the real and the shadow world) is an interesting approach for an action-RPG to take. One that negates the importance of a balanced build. And so, you then deck out your magic dealer to be a glass cannon, and your melee dude to be able to straight up absorb massive amounts of damage. With each character you control having their own health and skill/mana resource, another strategic element along the lines of Marvel vs. Capcom is added – juggling between a team of fighters. Though, we would have loved to see some form of noticeable health regeneration when not selected to further encourage this style of play – ala Capcom’s fighter.

Perhaps the most important side of the whole character switching comes with taking control of the main protagonist – a demon – and entering the shadow realm. At first seeing a bridge made of ghost rocks where there wasn’t one in the real world is cool, and a great way to inject some light and fun puzzle solving into the usual skill-based hack and ability combat of an action-RPG. But, after a while with resources and loot to be found in both realms – doubling the amount of on-screen real estate that you should be exploring begins to feel a little tedious. Or like busy-work.

Which brings us to one of the major issues with Shadows: Awakening, which can be said of both the combat and story for the first several hours or so – it’s all rather slow and laborious. Cooldown timers that take way too long to refresh abilities, and spikes in difficulty that result in a lot of kiting and simply chipping away at health bars. Mechanically there aren’t any issues with the controls, and from that standpoint Shadows: Awakening borrows a lot of its feel and button layout from the excellent console port of Diablo III. In fact, outside of some deeper itemisation and having to distribute points into stuff like Strength and Dexterity, there’s quite a bit of similarity between the two games.

A sentiment that extends to the look, a gothic Arabian Nights meets demons and monster’s ala Act 2 of Diablo III – i.e. the one with all the sand. Environment detail and character and monster animation is all impressive here too – especially for a title that we weren’t exactly sure what it was before firing it up. The high production value extends to fully voiced characters for all story and NPC interactions. The slower pace of Shadows though, means that it’s a slow burn. One that benefits from the lengthy and involved campaign on offer – which is around 40+ hours or so. The sheer amount of quests and side-quests is both welcome and a tad disconcerting, when a lot of the design revolves around running around from one area to the next and then back again. 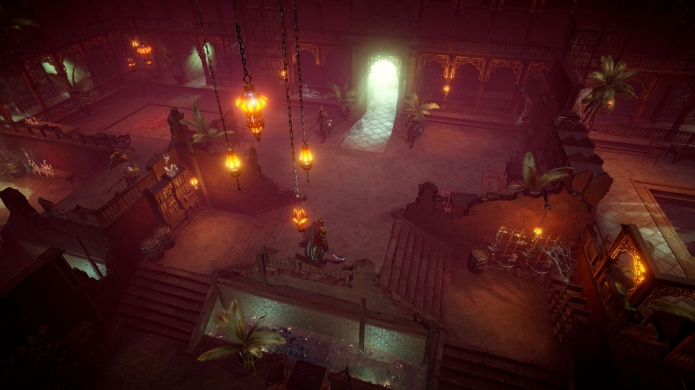 In the end Shadows: Awakening feels different enough, thanks to integrating the idea of character and class swapping into the core design of both the mechanics and story. But even so the by-product of this is more micro-management and loot scrubbing duties placed on the player, that isn’t helped by an overall pace that feels too slow.
Latest Comments
No comments currently exist. Be the first to comment!
Commenting has been locked for this item.
Follow Us
Latest Reviews
More...
News Feed
Advertisement
Latest Threads
Log In
Create Account | Lost your password?