We’re currently living in a world of perpetual re-releases. HD re-releases, classic re-releases, re-release bundles, mini… everything. And while it's great that gaming’s massive library from yesteryear continues to find new players as a result, it’s the games and studios who put in the extra effort that really deserve our attention, especially if we’re looking at fringe titles, which is the case with SNK’s Samurai Shodown, a game from quite some time ago, brought into modernity, not just as a re-release, but one with a significant makeover by way of Unreal Engine, and plenty of blood.

We call the game (and series) “fringe” because stacked against the Super Street Fighters and Tekkens of the fighting game landscape, Samurai Shodown is considered more a purist outing. The games and their respective fighting mechanics are largely considered in that cliched realm of “easy to learn, difficult to master”. Essentially allowing for a low barrier of entry across the board with colourful characters never out of place in the genre, but packed with a hidden layer of depth fighting game aficionados dream of. Where this new ‘update’ wins is in maintaining a classic fighting game setup that has clearly barely aged, while making it much prettier. 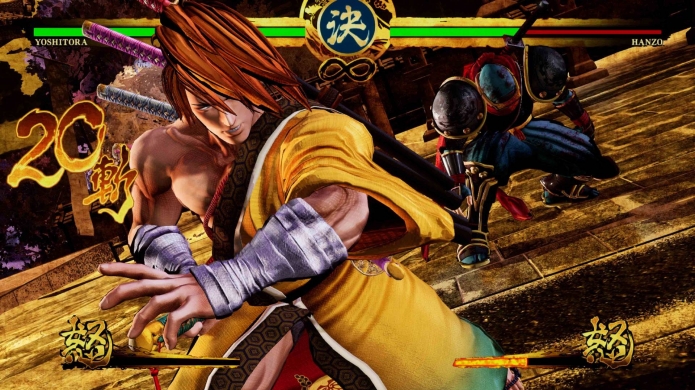 The game’s unique mechanics rely heavily on a construct of risk-reward, where heavies deal major damage, while light attacks chip away, but also add to an admittedly superfluous combo meter. Essentially what this means is you need to strike the right balance between the two. And animations count in this series -- heavy attacks take longer to play out, while lighter attacks are quicker, obviously. One can, however, interrupt the other though getting the timing right for each is the tricky part. Moreover, failure to get that timing right essentially leaves you open to a smart, reactive player capable of truly reading the play.

"The Rage Gauge returns which adds itself to the risk-reward nature of the game. Essentially this is a gauge that builds with successful strikes but has a once per-match use..."


What makes all of this interesting is that each character has a unique skillset that accompanies their unique personalities. You’re able to disarm characters with the right counter, which can leave their weapons stuck in the ground, yet still available, though some have multiple weapons. Which means some characters appear at a disadvantage when this happens, however, dedicated players will learn that unarmed combat has its own merits as well. 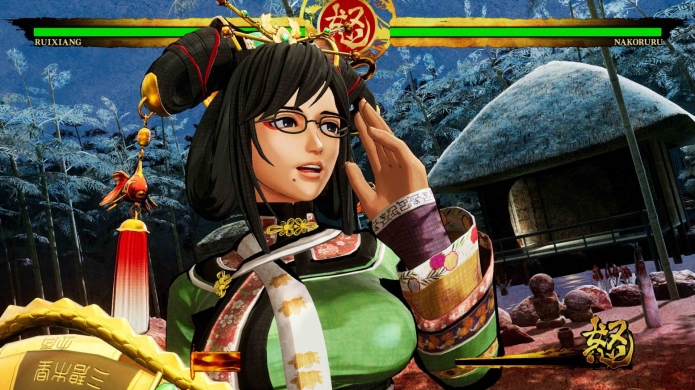 The Rage Gauge returns which adds itself to the risk-reward nature of the game. Essentially this is a gauge that builds with successful strikes but has a once per-match use. So jumping on it early is risky, and some take in-match parameters to be utilised properly. It’s a complicated system that equally plays to what we spoke about earlier where the game is easy to pick-up-and-play, in that you can use it whenever you want, and even a button-masher will feel powerful with it, but people who take the time to learn the nuance behind it will know when the right time to trigger it is, and what devastation it can cause their opponent.

"Newcomer Ruixiang loses her glasses when disarmed, for example, and then cutely stumbles about the stage looking for them..."


As talked about earlier, the game’s visuals are the biggest update here, and they don’t disappoint. It’s clear Street Fighter’s update in the visual realm was the catalyst here, and to be honest, the likeness between the two is glaringly copycat like, but when you see something that works, then go with it. We mentioned animations before, and while they do have a role in combat, there’s also some really interesting character animations that play to the personalisation of the game’s roster. Newcomer Ruixiang loses her glasses when disarmed, for example, and then cutely stumbles about the stage looking for them. There’s not a lot of story here, but the game’s sheer character is wrapped up in its roster, and you’ll find most of them a joy to watch, fight or play as. 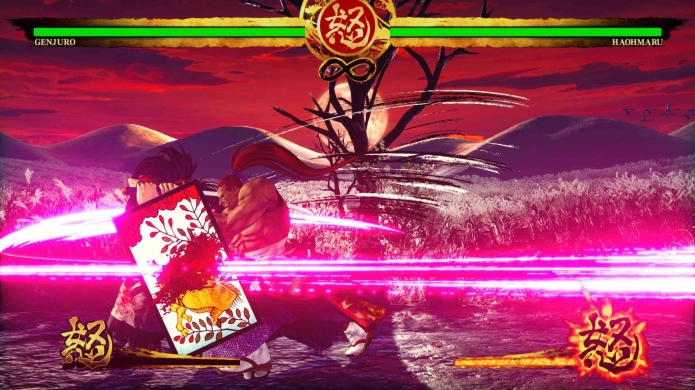 What also works in the game’s favour is its refusal to Westernise itself. Rather, this is very, very Japanese, with only the English subs presenting as a ‘western’ component. Banter between characters, their aforementioned personalities and even the game’s stages are quintessentially Japanese in game and fighting game design, and we couldn’t be happier with that aspect. Even the loose ‘story’ and each of the character’s backgrounds are deeply embedded in light Japanese fantastical history. I’d honestly prefer to play the Japanese versions of most games created in the region, and this is a fantastic example of how it just works.

While I’m not a BAM level player of fighting games, I am a connoisseur of the genre and have played fighting games since wagging school in the early 90s to go to Timezone to play the original Street Fighter II. Which tells you both that I am old, yep. But also, that I’ve had longform exposure to fighting games over a lengthy period, both recreationally and professionally. And what we have here in Samurai Shodown is an updated version of a game that takes itself seriously where it needs to, but has fun with what it has in front of it. Well worth your fisticuffs.