Rugby League Live 3 retails for 100 dollarydoos and heralds the debut of Rugby League as a sport on PS4 and Xbox One. It costs as much as FIFA or NBA 2K but it looks like it should be on a tablet. Or unplayable on your phone. If graphics are all you care about and you want a good looking game where large men run into one another at top speeds, get Madden 16 -- they've even got Jarryd Hayne.

But there's more to a game than the graphics. Rugby League Live 3 isn't a good game, but with every iteration it's getting closer to something you might actually want to purchase. Rugby League Live: The First was a trainwreck on a grand scale -- terrible gameplay, worse graphics, minimal options. It contained within it a kernel of an idea, however -- a semi-competent passing system designed to give the player the ability to shift the ball across the field quickly and easily. 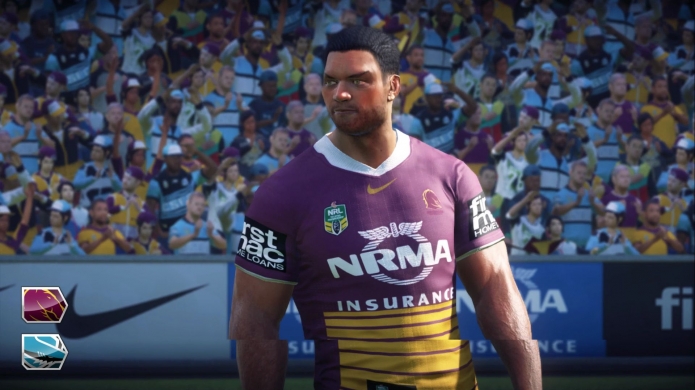 Rugby League Live 2 was a bit better. The passing game was tightened up thanks to slightly better AI resulting in fewer flat balls (meaning fewer interceptions), the game modes gave players options and the graphics were still terrible compared to other similarly priced sports games. The core of the game was almost there, however -- you could string together set pieces like those you might see in a game of Rugby League, although if you passed the ball wide to the wings you could repeatedly exploit a consistent flaw in the defensive AI to score without problems.

Rugby League Live 3 is a bit better again. For example, thanks to a change to the tackling system, you can't abuse the wing play quite as repeatedly. Tackles now come in a number of flavours, and the classic Rock Paper Scissors concept appears to affect them. A low tackle is used to stop a player who is hitting up the defence. An arm pin is used against someone going for the stiff arm. A hard tackle is used against a player utilising the goosestep.

This is all inferred information -- the "Help" menu is hilariously worthless (in fact, it shows the wrong button inputs) -- but it's a good thing. What it means is that you're able to create opportunities for yourself, and you're able to play an active part in defence (more active than simply pressing the tackle button). Because of this, the wing play strategy I briefly mentioned above doesn't work as regularly -- in previous games you could pass wide, get the ball to a speedy wing, bust through a tackle and then sprint for a try repeatedly. You can still do this with varying success in RLL3 -- especially online or against low level AI -- but it's no longer a surefire way to victory in the higher difficulties. 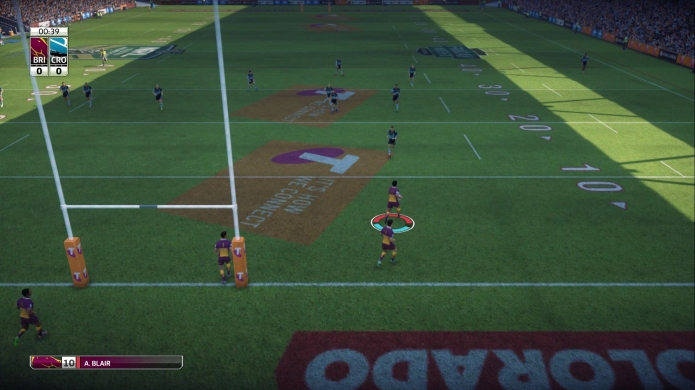 Actually, while we're speaking about inferred information, it seems like the AI on the Veteran and Legend difficulties in Rugby League Live 3 might be cheating. They always seem to know exactly what move you're going to make before you make it. They know which tackle to use to stop you, they can wrap you up just as you hit the try line. They always switch to the correct player as well...

The 'switch to the nearest player' is one of those problems which has plagued the Rugby League Live games since the first, and it's sadly no better here. When an opponent makes a break through a hilariously large gap in your defence you can sit there mashing the Left Trigger for days and you still won't switch to your fullback. It's ludicrous that this is still a problem, but at this point it seems like a tradition for the game.

There's actually quite a bit to like in Rugby League Live 3. The players only barely look like their real life counterparts, but there are heaps of clubs and teams to play with. NRL is represented (as you'd expect), but so too are International clubs, representative clubs (like State of Origin, Indigenous All-Stars and City/Country teams) and Super League teams. The Youth competition even makes an appearance with the Holden Cup allowing you to play as up-and-coming Under 20s.

And that plays into the Career mode, a surprisingly comprehensive Be-A-Pro mode that is actually semi-compelling. It allows you to create a Rookie player from scratch and take them up through the youth leagues up into the NRL, giving you the opportunity to shape a future star. As a Coach you manage a club financially and competitively, which isn't really inside the scope of a coach in the NRL, but you let it go anyway. Both modes are solid in ideas and weak in execution, but they lay the groundwork for something far more interesting in the future. 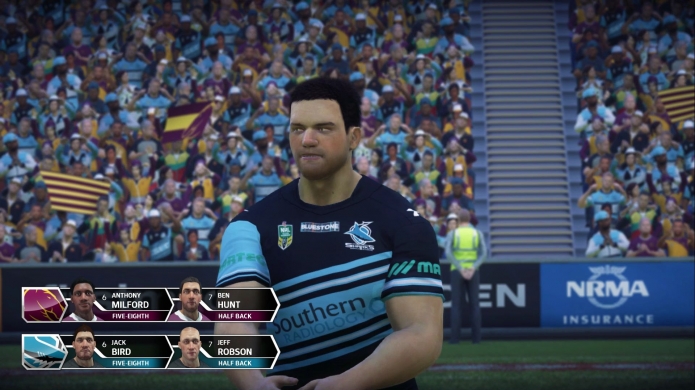 The Career mode in particular actually creates a semi-decent reason for you to earn money, allowing you to purchase boosts before a game, and it ties your XP gains to your in-game performance, successfully turning singleplayer Rugby League into something RPG-esque. On the other hand it's a tad easy to exploit, and the way the game measures quality play doesn't seem to penalise a player for staying out of position or calling for the ball endlessly.

Online the game gives you a truckload of options in its Custom Match settings, but if you select "Quick Match" you'll get paired up with two sorts of player; those who use custom versions of NRL teams filled with the best players and leavers. This wouldn't be such a large problem if the online aspect wasn't attached to a Leaderboard. According to Big Ant's twitter account, custom teams are normalised but NRL teams are not, and as is tradition with the series they were less than forthcoming with details on what a Custom team was exactly.

Obviously I don't care about my position on a Leaderboard I don't intend to play online, but what it does is incentivise players to pull the sneakiest, shittiest moves they can. When you do it back to them, they leave to avoid having any more points against them in the leaderboard. Kick-offs rarely make 15 metres as your opponents try to exploit lag to get a cheesy steal early. Free heads-up -- it never works, stop trying it.

Online play itself is plagued with lag spikes not seen in other games, and because the game can be so touchy regarding Offside there is a definite host advantage (or just a ping-disadvantage) which can result in unearned penalties. Too often when attempting a tackle as the marker on the dummy half the game will decide I moved too early and call me offside. If Rocket League can manage complex physics interactions between 8 players online without problems, RLL3 should be able to deal with far less and canned interactions. On the other hand the ping thing occasionally works in your favour -- I repeatedly 'missed' a tackle only to have my opponent throw the ball into my player's chest for a free and unexpected interception.

Actually the game seems to have a real problem determining a knock-on from an incidental collision in play. It's similar to how FIFA refuses to deal with handballs, or NBA 2K's issues with kicked ball violations, except it seems a little more of a problem here because it seems like something you can use to your advantage. In the other games it's mostly just a lack of punishment for something out of your control, but if you can identify situations where an advantageous knock-on will occur and replicate them then it's not the same, is it? At the end of the day, a knock-on in football is far more common than a kicked ball violation in basketball.

At the end of the day I can't recommend Rugby League Live 3 as a purchase. It's simply not as good as it needs to be. It's a huge step up, a commendable step up, but not enough to warrant plonking down 100 dollarydoos right as all the best games are starting to come out. It's about a gazillion times better than Rugby World Cup 2015, but it's just not able to compete in the big leagues against well made, polished titles like FIFA 16, NBA 2K16 and Madden 16.