I love Every Time I Die, they’re easily one of my favourites bands, and the likelihood of me ever not being into them, or enjoying their music for the rest of my lifetime, is pretty much zero. They sit very comfortably in my top five, and there they’ll stay. They were around long before the roguelike explosion, and probably should be reaping royalties from the number of games that embody the bands’ namesake as a gameplay loop. None more so than Housemarque’s Returnal -- a game that very much pretends not to be a death simulator, but wholly is, and every I time I die, I frustrate at it just that little bit more.

But let’s back up a bit. 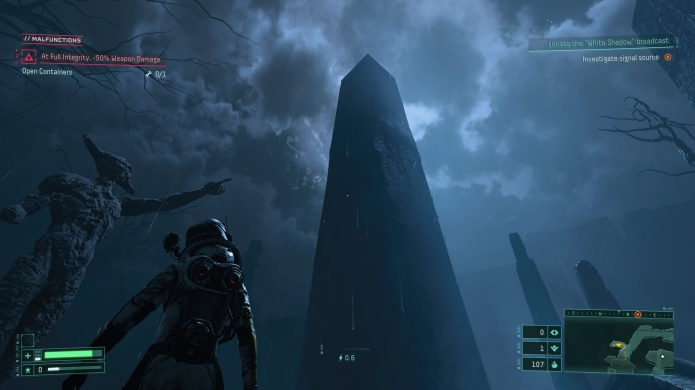 Returnal is a roguelike in absolution. It serves the player a modular world of recombined level-pieces in the form of what we’d normally refer to as a dungeon run. Inside each run the player finds buffs, weapons and other items to help on that specific run. Enemies spawn in unpredictable ways, and for what it thinks it’s worth, Returnal tries to keep you guessing, on your toes, and Eveready -- like the battery.

"This is the traditional side of the roguelike experience playing out -- compete against the modular world and last as long as you can with what resources are dished to you...”


It’s in the latter part that the game fails to connect though, because the death loop (different game, same platform) mechanic gets tired. Fast. This is the traditional side of the roguelike experience playing out -- compete against the modular world and last as long as you can with what resources are dished to you. But when the game serves up aids for your run in as random an order as you (or it) like(s), you can find yourself crawling into a ball in the corner, rocking back and forth weeping uncontrollably.

Some runs might throw a barrage of enemies at you past the first gate, when you don’t even have any on-the-fly powerups, besides those you’ve permanently unlocked (more on these in a minute). You’ll likely survive, but maybe with just a bit of health left. Same run, new room; more enemies, one mini-boss, still on the starter weapon, no buffs, health halfway across the map or, worse still, inaccessible due to a lack of the drip-fed permanents. 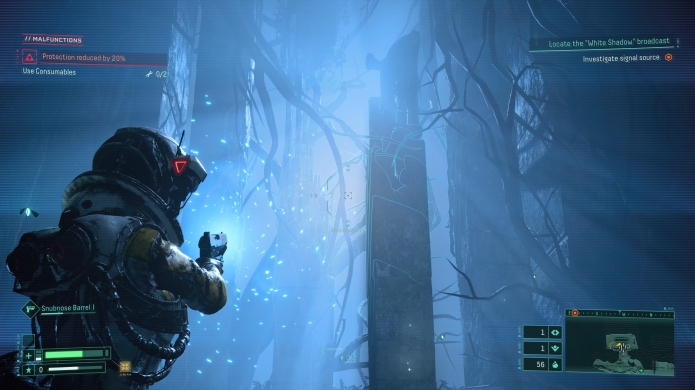 In this way the game’s makeup is an absolute punish, and there’s zero sugarcoating what is largely a pure grind. I get the purpose of design behind these styles of games, but in Returnal it’s particularly frustrating because of the unpredictable nature of each run from an investment perspective. The first time I finally made it to the first biome’s boss it was off the back of a solid hour of pacing myself. Moving level to level, teleporting in and out of sections, combing for every tiny piece of advantage I could grab or find, only to die and have to do that crawl all over again. This time with no guarantee of the same level of gear and power at my side. And in fact it was a far shorter run to the boss gate, which I jumped immediately into, though my near-default loadout was really no match, meaning while available early, the game still really needed me to get on my bike and grind for all the boss-beating goodies hidden throughout.

"I could let loose with fishing metaphors that wouldn’t be out of place due to the game’s heavy, heavy, very heavy Lovecraftian influence, but we’d be here for hours...”


Of course, while seemingly RNG-heavy from a perspective of delivery, the game tracks your progression and throws you some bait here and there. I could let loose with fishing metaphors that wouldn’t be out of place due to the game’s heavy, heavy, very heavy Lovecraftian influence, but we’d be here for hours, so what I will say is there’s an endless bucket of forever-changing live bait to feed the game’s progress, but it’s all smoke and mirrors.

In keeping with the fishing theme, every good roguelike needs a hook. And in Returnal that hook is the mystery of why you keep coming across carcasses of yourself on an alien world you weren’t allowed to visit, only to die, become one of those carcasses and then repeat the process. Like the game’s powerups, the ‘story’ is drip-fed to the player at a pace akin to the Snooze button on the alarm clock in the house you wind up revisiting over and over as well.

There is a mystery here, and it actually isn't all that bad. It tugs at Lovecraft angles of inconsequence, hubris, cosmic scale and dealing with things the human mind simply cannot comprehend. But as broad as these concepts are, and as fun as they can be to explore, protagonist Selene Vassos just didn’t grab me, and nor did her plight, despite the gravity of its mystery.

In some ways the game’s story belies the nature of the rinse-repeat game mechanics and what it means to skilfully navigate the modular biomes on offer. This is a videogame trying to tie itself to a genre formula, with developer roots thrown in for good measure, while also trying to have you question everything, and when these two main facets of why you’re playing don’t wholly marry -- working out which side you're on: story or gameplay, it sort of becomes like trying to decide between two-day old leftovers or three-day old leftovers.

So why die, over and over again then?

"The traversal tools and how the levels have been crafted for exploitation of those serves up a game that has a high skill-ceiling to master...”


Well there’s redemption here, even though it just sounds like I’m angry at the game. And that comes in ambition, vision and execution. Balance tweaks will definitely come post-release, which should help ease the grindy nature of early progression, and the traversal tools and how the levels have been crafted for exploitation of those serves up a game that has a high skill-ceiling to master (though this makes the more random nature of encounters frustrating at times). It’s also very fast, and super-rewarding when you combine your movesets against the world in stylish and skilful ways. 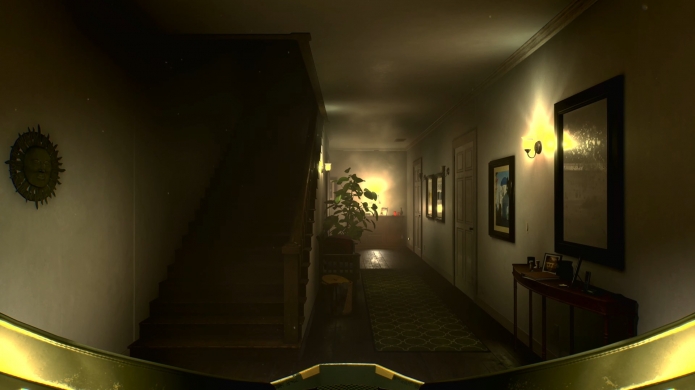 This is all amplified in a Jekyll and Hyde visual setup: out of the gate, Returnal really is gorgeous. The game-world is alive with particles and tentacles and more, all just always moving. This is also accompanied by an audioscape for the ages (the soundtrack, effects, and ambience throughout is unbelievable) and so you just feel attached to this place. But it gets boring, fast. This is because each biome is just retooled pieces of itself, and lacks the personal flair that comes with a purposefully-designed piece of game-world. For what it is, it’s stunning and rich and alien and shirt-fronting, in a good way, but like so many other parts of the overall game, it just grinds itself into the alien ground.

Speaking of grind, the physical act of playing Returnal is another strong suit of the game, thanks to Housemarque’s benchmark use of the PS5’s haptic feedback and adaptive options. The first time I played I thought my left trigger was broken, having forgotten in the PS5 game-release lull that these features existed, and here they’re just awesome. That skill-based gameplay mentioned early is heightened with the use of PS5 controller, and I never felt like it was ever overbearing. Astro’s Playroom, for example, laid it on a bit thick for mine, but Returnal strikes a sweet spot here, and it’s a massive plus for the game and the experience. Subsequent PS5 releases, regardless of developer, need to look to Returnal for haptic, adaptive inspiration.

"Progression opens up after you gain a handful of the permanent items needed to make it through the game, but getting these runs the early game experience tired...”


Also to be fair, progression opens up after you gain a handful of the permanent items needed to make it through the game, but getting these runs the early game experience tired, and I often just found myself not caring anymore. In this way, Returnal lacked an immediate punch from a narrative base, and from a rewarding gameplay loop perspective. Avoiding spoilers, it coalesces in parts with beats that still the heart, however, these are let down by long roads, deadends and then just feeling lost in the full experience. 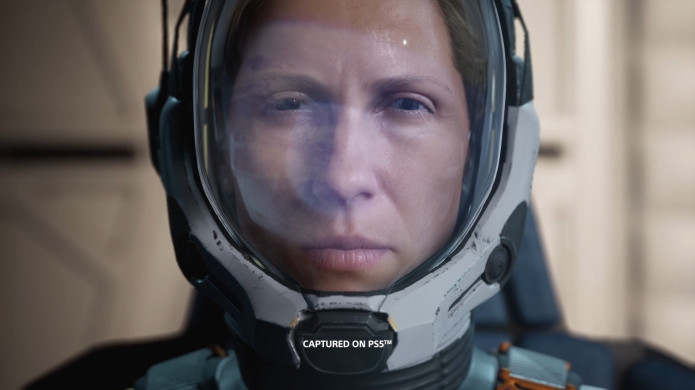 Another frustrating thing that rears its head is the management and diversity of the game’s many buffs, powerups and such. Because they’re awesome; incredibly well thought out from a contextual and required perspective, and deep. But they don’t have a flow due to the game’s pacing and (my) much-maligned RNG. Its economy, too, is something fun to play with. There’s a lot of risk-reward in how you manage Selene’s loadouts (read: roguelike) and all of this is cleverly tied to the game-world. In fact, Housemarque has done a bang up job in world-building, it just feeds in dribs and drabs and so is never fully given a chance to grab you in the moments it really should have. But there’s a future here in this universe the studio has created, despite the game’s flaws.

In some ways, the whole Lovecraft angle plays out here -- too big to conjure, fathom or even understand, Returnal is difficult to want to wrap your head around, and that’s largely because it hangs its space hat on that death loop (again, different game, same platform). If you’re a glutton for punishment, don’t mind a grind and will happily deal with unfathomable RNG forces at cosmic play, you will absolutely get something out of Returnal, but if like me, every time you die, a little piece of the part of you that wants to play more, dies too, then you might find yourself not return(al)ing to this in a hurry.