When the original Prototype launched in 2009 it unfortunately became embroiled in a battle of the superheroes. Released two weeks after inFamous, unfortunate and often unfair comparisons between the two abounded. It became less about Prototype as a new IP in its own right and more a case of which was better inFamous or Prototype, and that’s a whole different kettle of fish for another time. Given the current release window with nothing even remotely similar around it gives Radical Entertainment’s baby its moment in the sun to shine, and it does for the most part.

You play a Blackwatch soldier named Heller who is looking for Alex Mercer for a little payback. Heller believes Mercer is responsible for the death of his wife and daughter and is prepared to do whatever it takes to track him down. Unfortunately for him Mercer has other ideas. The former protagonist of the original Prototype has been conducting experiments of his own building up an ‘evolved’ army and Heller’s just been recruited. Given all the abilities (potentially) Mercer has Heller begins carving his way through the infected, Blackwatch (the evil corporation behind the infestation of New York) and anything else foolish enough to cross his path. He’s an angry, angry man and everybody’s going to pay. 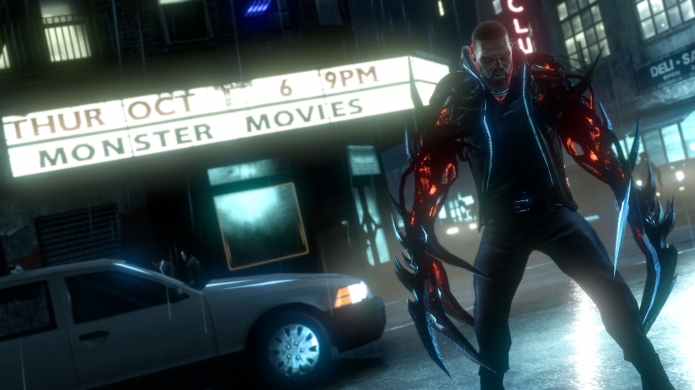 If I’m glossing over the plot it’s because it really is of no consequence and a little disappointing, especially considering the massive Heller versus Mercer build up in the trailers. Prototype 2 is just a massive sandbox that is just waiting to be destroyed at your pleasure as you jump, glide, punch, pummel, shoot, smash, infiltrate, absorb and consume any entity with a pulse that you can, and that’s not necessarily a bad thing. In fact, I found myself almost avoiding the main missions and spending the majority of my time grabbing upgrades, triggering side missions and wreaking as much havoc as (in)humanly possible and had one hell of a time while I was at it.

Unlike most other open world offerings Prototype 2’s side missions make it totally worth your while to knock them out. They’re fun, short but more importantly they have a purpose. Not the actual missions themselves mind you, other than advancing the sub-par plot, but smashing out each mission set or collectible group earns you an upgradeable mutation that enhances Heller’s abilities even further which I’ll get to a bit later.

Collectibles come in the form of Black Box recordings from downed Blackwatch security personnel, Field Ops which are small clusters of soldiers or scientists (or both) that you’ll need to relieve of the burden of life and Lairs filled with infected that you’ll need to destroy to complete. Originally I would literally stumble upon these as I made my way through the zones of NYZ but if you’re in a hurry you can look on your map in the menu for hints as to each mission’s location. When you highlight a certain district on the map it will emit some radar styled pulses. Mark the centre as your waypoint and get collecting.

There are also around a dozen multi-faceted Blackwatch missions that require a little bit more of a lighter touch. You’ll need to track down and consume a member of Blackwatch and don their skin before accessing a specific terminal in each zone to find out what your mission is. Sometimes you’ll have to hunt down a specific individual for their unique DNA to access the terminal before you can begin. The idea is to cripple their research divisions or outright eliminate their facilities. Some missions will have you om-nom-noming a group of scientists, others will have you chasing down precious cargo (in the form of a rooftop race) and then there’s those of the kill everything variety, which is what Heller does best. 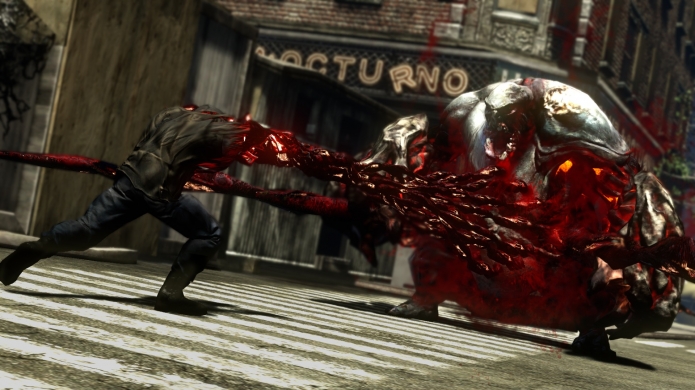 The Mutation awards for each are completely worth the slog and they can make a significant difference to Heller’s abilities. There are five different categories - Offensive and Defense, which are pretty self-explanatory, Locomotion is all about movement, Predator which is all about Mass, detection and Weaponisation (taking weapons off vehicles and making them your own) and unfortunately doesn’t turn you into a cloaked, otherworldly killing machine, oh wait, Heller’s already that, and lastly Power Specialist which enhances each of your unique infected weapons.

The bonuses each grant you can be as simple as an increase in jumping, gliding or dashing ability, greater health boosts from consumes, stronger shields or a longer reach. Then there are the more subtle boosts like reaching your top sprint four times faster, increasing the range of your Devastator finishers (massive attacks that decimate almost everything on the screen), making you impervious too small arms fire (I highly recommend grabbing this bad boy ASAFP) and an improved dodge.

Working your way through each section of each zone and ticking these off your list means you won’t have to double back if you’re looking to squeeze all the juice out of the first playthrough, but more importantly it makes a mean sonufabitch like Heller even meaner. When you’re overrun by all manner of mutated infected and Blackwatch badasses (particularly in The Red Zone) you’ll want to be the guy who gives those things that go bump in the night the willies, and not the other way around.

The only problem I had with unlocking Heller’s abilities were the consistency of the upgrades. You battle through about half of the game with just your Claws and Tendrils before Shield, Hammerfist and Blade all unlock in very quick succession. The juiciest abilities of Whipfist (a mix of Tendrils and Blade with massive reach), Pack Leader, where you command a group of infected Brawlers to do your bidding and Bio-bomb where any living breathing thing become a grenade at your pleasure come into play far too late in the piece. I’m not saying I want every power unlocked from the start, but by the time I acquired these new abilities it was almost an afterthought to equip them and I found myself sticking to the those bread and butter ones (namely Tendril and Claws) I’d honed and fully upgraded already. 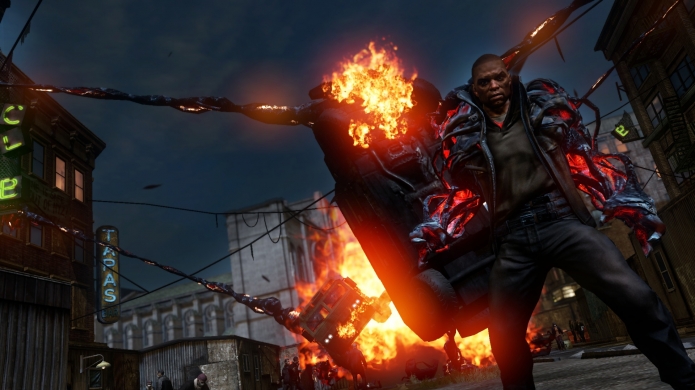 By the time I reached the incredibly anti-climactic conclusion to the whole Heller versus Mercer thingy I was so disinterested with the outcome I didn’t really care who won or lost, I was more concerned with just finishing the game. Mercer was an appealing protagonist in the original and making him a victim of ultimate power corrupting ultimately was an interesting idea, as opposed to Heller who is the most clichéd angry anti-hero I’ve ever seen in any genre.

While I loved playing as him I disliked just about every other aspect of his character. He was duped constantly, yelled and swore so frequently it lost any impact (and believe me I loves me an F-bomb as much as the next guy) and I felt absolutely no empathy for his plight. He was beyond a caricature of a caricature. Given the way the story resolves it looks unlikely there’ll be a Prototype 3, but if there is I hope to god that I’m not playing Heller again or better yet, make him the antagonist. I’d love the chance to whip out a Hammerfist and shut him the hell up.

If you’re looking for an in depth story driven experience, Prototype 2 isn’t it. However, if you loved the original and just want to gallivant about New York City blowing shit up and giggling maniacally for a couple of dozen hours Prototype 2 has got you covered. It’s over the top mindless fun and god help me, I couldn’t get enough of the gameplay. The story… hmmm, not so much. Turn off your brain and have a blast.
Latest Comments
Link