The weird thing Project CARS does is give you everything and let you do with it what you will. Right from the get go, every track, every car, every setting is available for you to play with. You don't start in a beat-up shitbox or drag your way through tedious license exams, you don't even have to buy a car to find yourself driving it.

It's weird because for years console simulation racers have forced us down progression paths, locking off content to force us to experience everything and earn our time in better cars. And Project CARS isn't like that.


Check out this accompanying video review Joab did, featuring the game running in 1080p at 60fps

At first, it's ultra jarring, creating this sense of incompleteness to the entire affair. I started my career mode in 125cc Karts because they were the least powerful, and I've been so acutely trained by... well, at this point every game, not just racing games... that I gravitated to starting off in the lower ranks.

Which is interesting for two reasons -- first, the game does offer players a progression system of sorts even if it doesn't lock content behind it, and that system requires players to start in Karts and make it all the way up to Le Mans Prototypes inside of five "seasons". So I had started at the correct place if I planned on earning some trophies (which I never do). The other reason it's interesting is because it is probably the flat-out worst place to start your career in Project CARS.

PCARS works very, very hard to accurately simulate the handling profiles of all of its vehicles. And as anyone who has been to a weekend long bucks party knows, Karts don't handle like cars. So starting in Karts taught me oodles of terrible habits regarding the game's control model. After moving beyond the Karts (both 125cc and 250cc) I found myself braking later, taking much tighter racing lines and generally racing poorly for a dozen races afterwards.

I think it's actually a testament to the game's accuracy, if anything -- it's rare that you feel such a distinct shift in handling without there being an environmental change to accompany it. 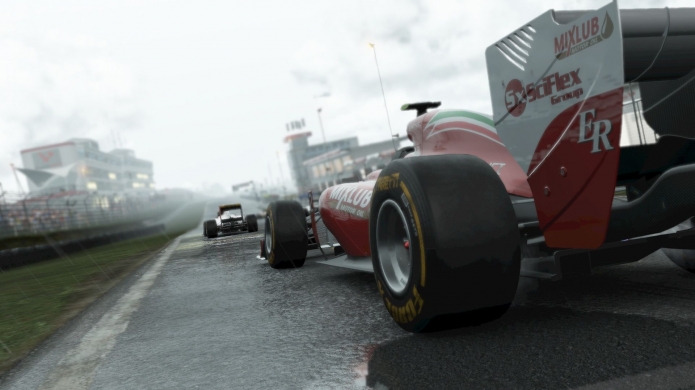 Speaking of environmental changes, PCARS features dozens of tracks from around the world, both real and fictional interpretations of exotic locations. There are traditional circuit races around everything from the Nurburgring, through Bathurst, Laguna Seca, Spa and including the nightmare that is Brand's Hatch. There are two point-to-point locations, the Californian Highway and the Azure Coast, a stretch of gorgeous road along the French Riviera. There are tracks surrounded by trees, by desert, by mountains. Open tracks where your only punishment for making a mistake is a brief sojourn through a sand-trap, and tight, closed tracks where carelessness will see you bouncing off walls like the little ball in Breakout.

And then there's the weather effects. PCARS allows you to stuff around with weather with ease -- you can apply multiple different weather effects to a race, in any manner you choose. You can start a race with light fog, have it progress into heavy rain and then end everything clear, blue, sunny skies if you are so inclined. Or, if you're crazy, you can set all weather options to random and see what happens.

There are a few gameplay... goofs in PCARS. The distinction between on and off the track is extremely inconsistent, which is annoying when attempting to set a hot lap qualifying time. Many penalising features seem to be buggy, in fact. I've been given a false start penalty which put me immediately in last place (I was at the front of the pack for my false start and the game decided I was in fact an entire lap behind). I've been penalised for other car's contact as well, and the AI's awareness of your presence seems to vary from race to race. 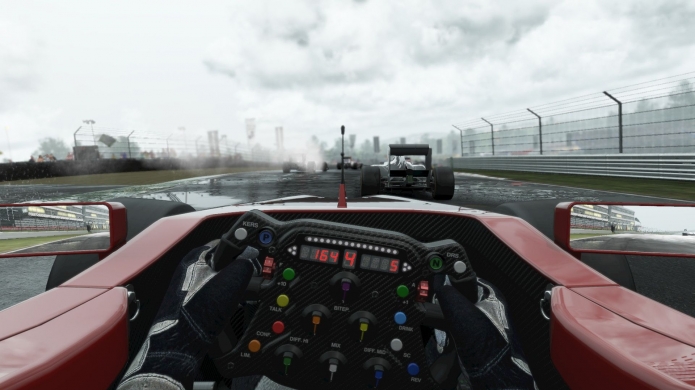 Actually the AI isn't very consistent at all. No game exists in a vacuum, and while Forza 5 isn't a simulator even close to this degree of accuracy, it does sit in the same general category of game. The reality is that Drivatar has forever changed how I feel about AI in racing games, and PCARS cannot compete with its more traditional style of driver AI. That said, when it's good, PCARS AI fights for position, takes chances and pushes you to your limits as a driver. When it's not, however, it varies between robotic and idiotic, and that's a shame.

The UI of the game isn't amazing either, utilising a pages system which isn't clearly earmarked. If you want to screw around with weather options in-game you need to tab across in the race options page, which is odd when the first page is so under-utilised. It's never more maddening than in the career mode, where the UI resembles Football Manager screens more than it does paint a picture of your magnificent rise to racing glory. It's starkly contrasted with the in-game soundtrack, a thing of momentous grandeur which never fails to amp me up.

Actually PCARS's sound is glorious, in much the same way that it is in many racing games. There's no race soundtrack, the game instead opting to allow the vehicles themselves create the music. The whine of the Ariel Atom is contrasted against the gorgeously building roar of a Mercedes Benz and it's often all you need to listen to.

Any console owner would be mad to let Project CARS pass them by. PC gamers have many more options when it comes to simulation racers, but on PS4 or Xbox One you can look no further. Slightly Mad Studios has created easily the best console simulation racer of all time here, a testament to their love for cars and a beautiful reminder of why racing games appeal to people. 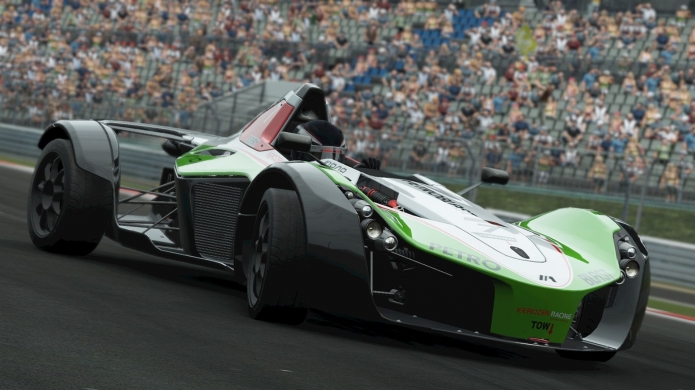 There's something about being able to jump into a random car on a random track to just race -- against yourself, against AI and against others -- that I haven't seen in a long time. Everywhere else I'm always racing for a reason -- to earn money for cars, to unlock new areas, to build my driving level for some unknown reason -- but in Project CARS I'm racing for the sake of it.