You've known it was coming, but did you expect everything revealed?
In Kratos We Trust - God of War Rangarok Unveiled!

It's usually poor form to talk about another game in a review, but FIFA has captured the mindshare of football fans for half a decade now, and it is now a better point of reference for the game of football than football itself. So please forgive me while frame my review of Pro Evolution Soccer 2015 in the context of the FIFA series.

Pro Evolution Soccer 2015 does a glorious job of recreating the game of football. It's the only modern football game that lets you try things you've seen in real matches and have a reasonable expectation that they will come off. For years EA's FIFA has pushed players to the wings, shutting down plays up the centre by turning the game into jostling physical battles both on and off the ball. In FIFA a run down the middle is a feint, a probing attack or an act of derision designed to show contempt for your opponent, because the odds of it working against a competent player are slim. 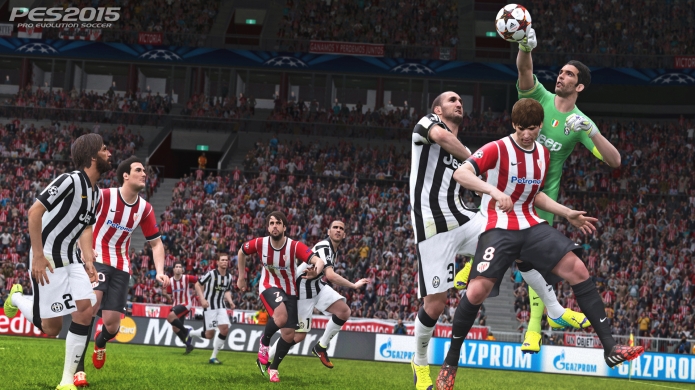 That's not the case in Pro Evolution Soccer 2015, where a player can find holes and create attacking plays from essentially anywhere on the field. You can take the ball down the wing and cross it in for a volley or a header, you can take on two or three defenders in the middle to go one-on-one with the goalkeeper. You can even take a shot from 30+ metres out, and if you've got enough space and the keeper is suitably unprepared it will go in, which isn't something I've seen a lot of in the FIFA series.

This comes at a price, however, but it's worth paying. Controlling players in PES 2015 can be a complex thing at times, especially when you need to make fine adjustments to your player's actions. PES 2015 uses every button on the controller and then some, forcing players to remember combinations of buttons to make the magic happen. This can be daunting for newcomers and a bridge too far for drunk mates, which puts PES at a bit of a disadvantage. You can play the game fine with basic controls, but you won't be able to replicate most of Messi's brilliance. Once these combinations and actions are committed to muscle memory, all of this goes away and you feel like you can do much, much more with your players.

If it seems like I'm enamoured with PES 2015, that's because I am. I've been a FIFA fan for more than half a decade, but EA Sports' series has plateaued this year, evidently out of ideas that don't involve collectible card games. With that in mind though, FIFA still blows PES out of the water in the looks department, despite the FOX engine, despite the development team's best efforts. 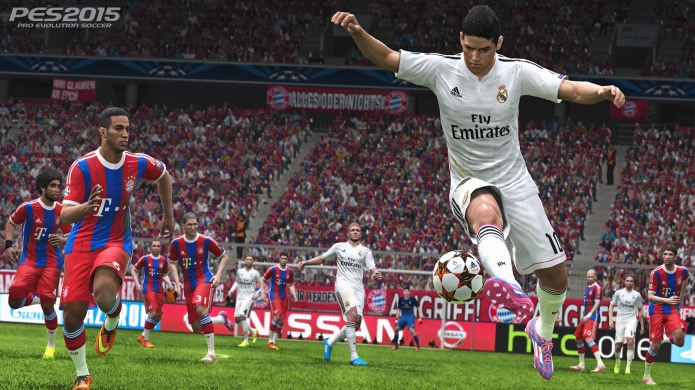 In-game animations are robotic at best and unhelpful at worst in PES 2015. Running down the pitch looks video gamey compared to FIFA, a result of the lack of collision animations, which means the game looks its best when players aren't moving. Faces are probably PES 2015's strong point, and they provide the game with an interesting work around for the lack of licences. You might not be able to play as Chelsea specifically, but you can still recognise Fabregas or Drogba when you see them up close (even if their names are different).

The lack of licences is getting worse for Pro Evo, and it's reaching a stage where they might have to stop trying. CONMEBOL and UEFA teams offer some fantastic options for teams, but playing as a licensed Manchester United against off-brand knock-off Premier League looks worse than having all similar but legally distinct teams. 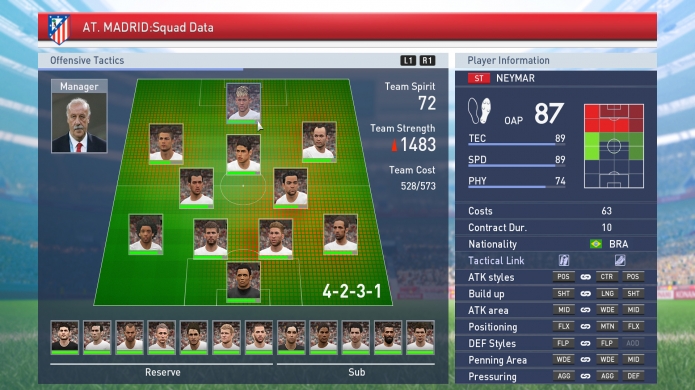 Your verdict on the Pro Evo vs FIFA debate this year comes down to one of looks. If you want the gorgeous graphics and the flawless presentation, FIFA is your game -- and it looks like it will be for some time. If you're after the best possible representation of football on a console, Pro Evolution Soccer 2015 is the game for you. There's no shame in admitting that you want one over the other -- it comes down to where and how you play football games. If it's something you crack onto with mates after some pints, FIFA 15 is probably familiar in every meaning of the word. It's the game you played last year, it's got the licences you recognise, it lets you prove to your dickhead Sydney mates that the Brisbane Roar are the best football team in Australia. If football games are your passion, if they're something you play regularly for the love of the game, Pro Evolution Soccer 2015 obliterates this year's FIFA.