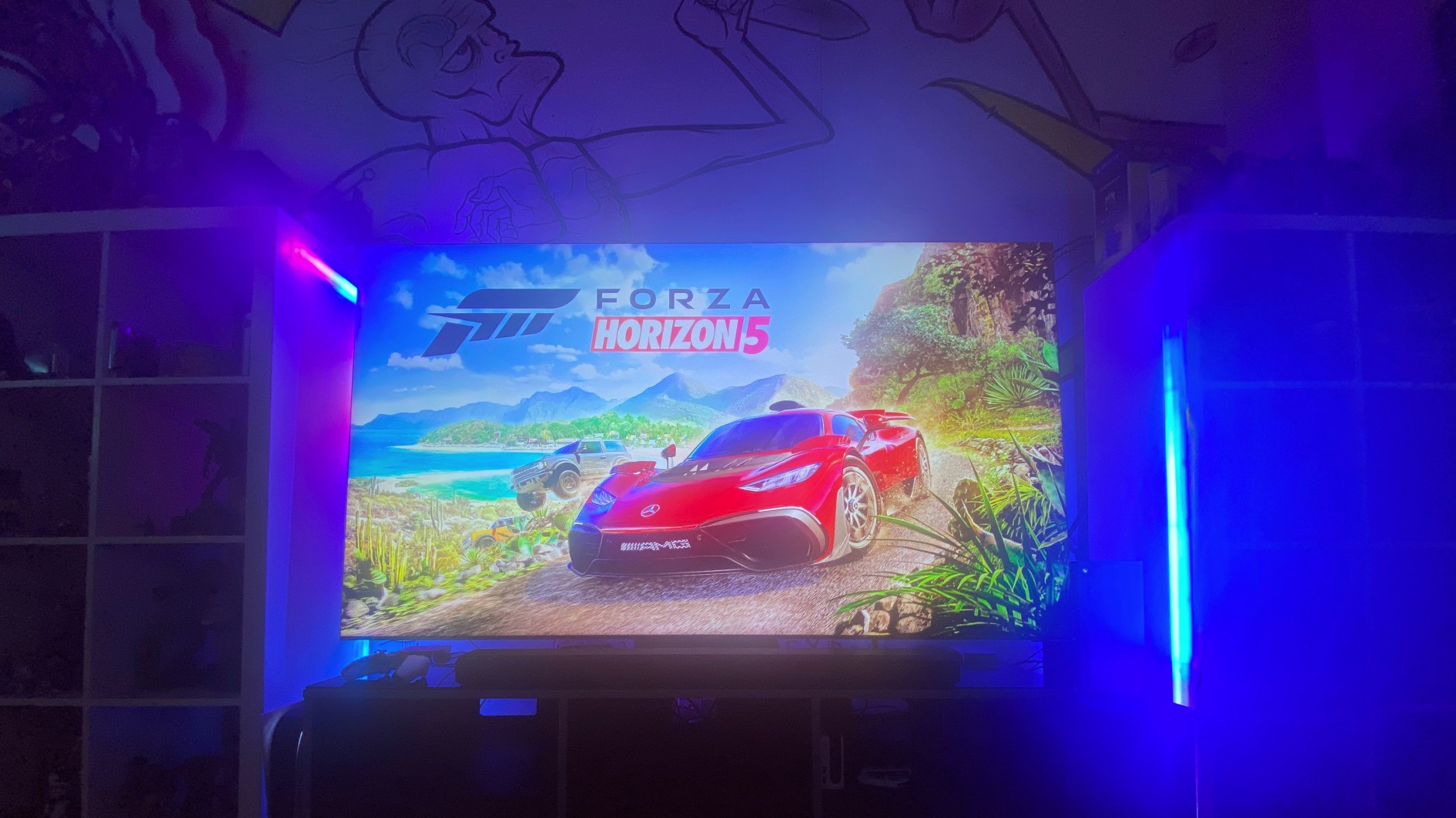 No one, I’d wager, played either of the Plants vs Zombies tower defense titles and said “this is good, but it would be better as a class-based online third-person shooter”. Conceptually, Garden Warfare shouldn’t work. When I first started playing, it felt like maybe it didn’t work. But after several hours of play, I can confirm that there’s now a nagging tug at the back of my head drawing me back to the game.

Garden Warfare is clearly, unashamedly a ‘budget’ title. There are only a handful of levels and three different gameplay modes, plus no single-player content to speak of unless you’re willing to take on Garden Ops, the game’s horde mode, alone (which you almost certainly won’t be able to manage). It’s a strictly multiplayer-only affair, released by EA just before Titanfall, but it effectively manages to carve out a niche for itself.

Garden Ops is as good a place as any to start, because it’s the mode that most closely resembles the classic Plants vs Zombies experience. As a team of up to four plants, you need to defend a ‘garden’ on a map from 10 waves of zombies. You place down plants at pots around the place and then, using one of the four Plant classes available, attack anything that comes at you. Teamwork is essential, as is the willingness of at least one player to take up the healing sunflower class on higher difficulties. It’s a simple riff on an increasingly familiar gameplay model, one which makes sense but isn’t quite as compelling as the competitive modes. 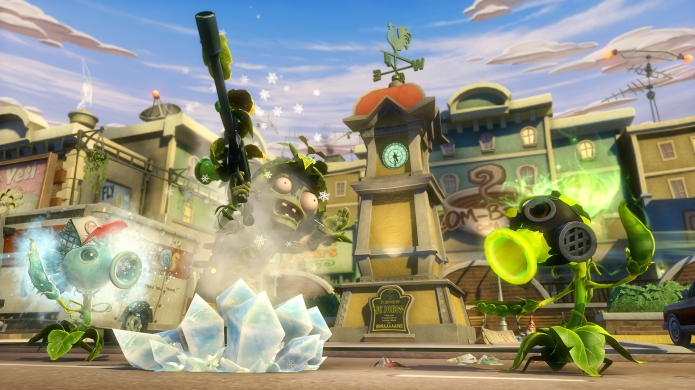 Neither of these competitive modes exactly offer great innovation – they’re riffs on Team Deathmatch and Battlefield’s Rush mode – but the franchise’s flavour does add a little something. The classes all handle extremely differently in ways that unfold slowly over play. Each class has a standard weapon and three special abilities, and getting to grips with their potential over time can be extremely rewarding. Take the Chomper plant, who can only attack up close, but who can also burrow underground and score instant kills – he seems overpowered in the hands of a skilled player, until you both test him out for yourself and start experimenting with ways to avoid him. Or consider the zombie Engineer, who seems a little slow and difficult at first, but whose ability to fix the teleporter near each point in the Rush-styled Gardens & Graveyards mode (in which zombies must attack points that the plants are defending) is essential for the zombies’ victory. There’s a ‘boss’ ability unique to the Xbox One version too, which lets you oversee the action and help out your teammates, but most players will prefer being on the ground in the thick of it.

Learning and getting better at the game is tremendous fun. But hanging over all of this like an ominous dark cloud is the unlock system, which is obviously designed with microtransactions in mind (even if there are none at launch). Plants and zombies summoned up in the non-deathmatch modes (zombies can summon other AI zombies in Gardens & Graveyards) are consumables, and you need to buy booster packs to keep your numbers topped up. More expensive packs contain new skins and costume items for your characters as well, and if you open an absolute boatload of them you’ll eventually unlock slightly different characters and weapons… but that’s going to take a long, long time. The intent here is obvious, and a little disappointing. Still, you can get by without spending any money right now if you don’t mind sticking with the original weapons, and barring any massive overhauls this will continue to be the case into the future. 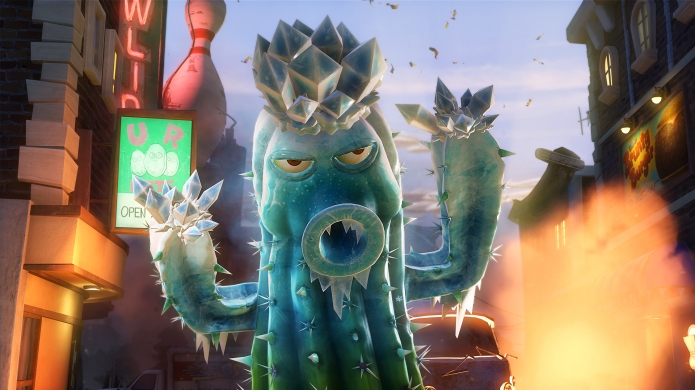 Garden Warfare has been running smoothly since a launch-day patch, although I have noticed very occasional bouts of lag or connection problems. These are fairly minor though, especially during this launch period, and already the game is far better than many shooters are a month in. Garden Warfare may not be the most ambitious game ever made, but its one with a clear sense of personality and identity, which is more than you can say for a lot of other online shooters.