An action-RPG with a top-down perspective, with sprite-based animation in tow, is not entirely unusual in the indie space. Nor is it unusual for exactly that to deliver an engagingly modern spin on decidedly retro aesthetics and mechanics. Nobody Saves the World from DrinkBox Studios (creators of the acclaimed Guacamelee! series) could be described as a brilliant example of an indie top-down action-RPG firing on all cylinders. A rewarding dungeon crawler with depth and charm to spare.

That said, it's an experience that immediately transcends these sort of genre and presentation descriptors.

Played solo or in two-player co-op (online only sadly), Nobody Saves the World’s hook, line, and genius lies with how transforming into various Forms leads to diverse builds and play style opportunities you can call on in an instant. The sort of setup where experimentation and clever combat-infused puzzles go hand in hand. One example sees you equipping a horse with a zombie-bite move and a rat’s poison passive to carve up foes and watch them melt away. Alternatively you can equip the zombie with the horse-form’s speed-charge to plough through groups. 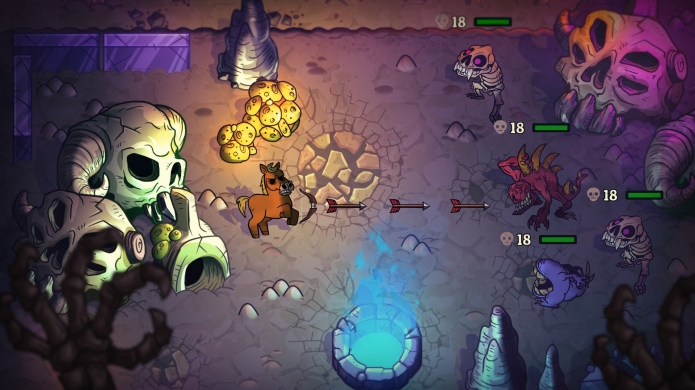 Covering things like a rat, an egg, a zombie, a run-of-the-mill fantasy fighter, an arrow-firing ranger, a magician (the rabbit-out-of-a-hat and card-based kind), and even a robot, each Form comes equipped with its own skills and passive abilities unlocked and improved upon based on how much time you put in and what you feel gels. And for every fireball or lightning zap there’s something out of left-field, funny, and cool to sit alongside it.

Played solo or in two-player co-op, Nobody Saves the World’s hook, line, and genius lies with how transforming into various Forms leads to diverse builds and play style opportunities you can call on in an instant.


Each Form is fun to play with, genuinely funny in its characterisation, and well animated to boot. There’s enough depth here for each of the 15 Forms to carry their own game, if the need were to arise.

With its vibrant presentation, funky soundtrack, and cartoon-like art direction, Nobody Saves the World also doubles as a straight-up comedy. One where the laughs filter through to every aspect of the experience, including things like Achievement descriptors. Holding it all together though are the lively characters, the story’s pitch-perfect satirical streak, and a sense of freedom that comes from exploring a sizable environment where you’re not quite sure what’s going to pop up in the next area.

Nobody Saves the World puts you in the role of ‘Nobody’, a weak humanoid shell with no memory waking up in a Calamity stricken world. The usual stop the evil from spreading story follows, bringing all of the disparate elements and comedy together. The progression is such that the complexity of the action-RPG-ness builds over time. You’re never overwhelmed or suddenly thrust into a situation where you have to call on one of fifteen class-like Forms to pass something. And you’re not sure how half of them ‘work’. 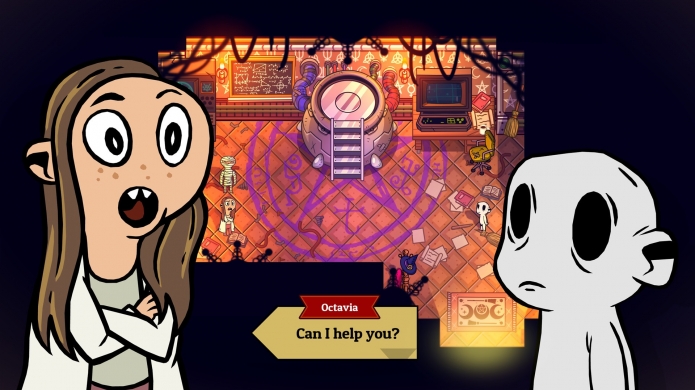 Part of this comes from how the combat quest system works, providing a seemingly never ending string of things to do. Each Form can level up (using an A, B, C, D, F system) and in order to do so you need to use abilities, mix and match, or pull off specific combat-tasks. It’s the usual RPG-style ‘do x of x’ thing, but as a framework to spend time with different forms it leads to the whole mix-and-matching of skills and passives naturally and without any sort of steep learning curve.

With its vibrant presentation, funky soundtrack, and cartoon-like art direction, Nobody Saves the World also doubles as a straight-up comedy.

If Nobody Saves the World’s design has a fault then it lies with the dungeons and how they don’t do all that much with the themes they present. A dungeon set inside a giant whale, a crashed UFO, or an abandoned nuclear plant, each of these basically plays out the same - with layouts and progression that varies in terms of mechanics and modifiers. But not much else. 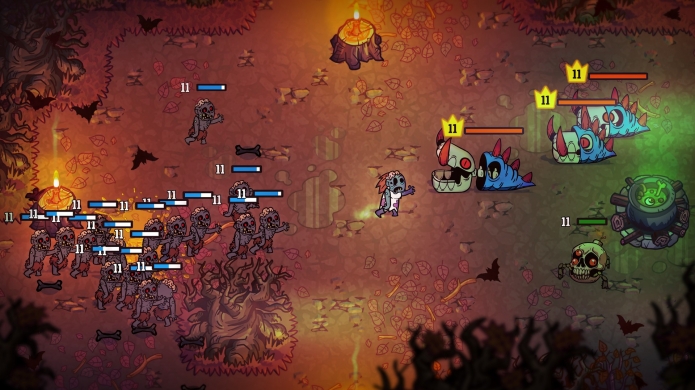 Outside of the main big-bad there’s also very little in the boss department that’s memorable, with dungeons coasting on the fun that comes from using the Forms on enemies and trying out some new build or combo. Combat is always fun and challenging, so the gripe here is of the ‘just shy of being a masterpiece’ kind. Elsewhere Nobody Saves the World is a delight, its takes on classic RPG-tropes like the Fighters, Mages, and Thieves Guilds are all memorable and hilarious in equal measure, and the game’s overworld is wonderfully varied and fun to explore and discover secrets.

As a slice of classic top-down action-RPG goodness, Nobody Saves the World is the first surprise gem of the year. The fact that it’s available on Xbox Game Pass on PC and Xbox makes it something of a must-play if it's the style of game you dig. Then again there’s enough uniqueness and charm with the class-based Form system to warrant a go for even the most casual of RPG players. Fun, funny, and just all-around great.
Follow Us
Latest Reviews
More...
News Feed
Advertisement
Latest Threads
Log In
Create Account | Lost your password? 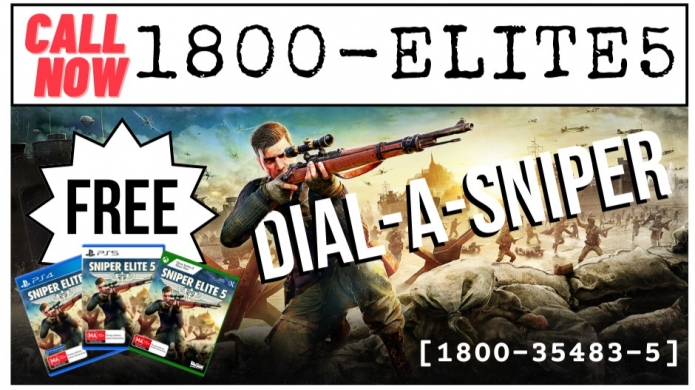