After my previous outing with the mod-turned-feature Nexuiz on the Xbox 360, I was ready to pretend that the game didn’t even exist. Terrible controls, dated gameplay, and a clever but awkwardly implemented “mutator” system put the title squarely inside the digital bargain bin. So when I was offered the chance to try out the version that should have been originally been the primary develop, I was apprehensive. Would a change of scenery really fix what was wrong with this FPS?

Well... Yes, and no. It’s obvious that the developers have made a conscious effort to improve on mistakes and to take advantage of the capabilities on PC. First off, they’ve made the price of the game extraordinarily low. As this article was written, the title sits at a paltry $10 on Steam - roughly the same price as the now-discontinued XBLA version. Additionally, it’s still packing the luxury of the new and shiny CryEngine 3, meaning it looks utterly gorgeous when maxed out. 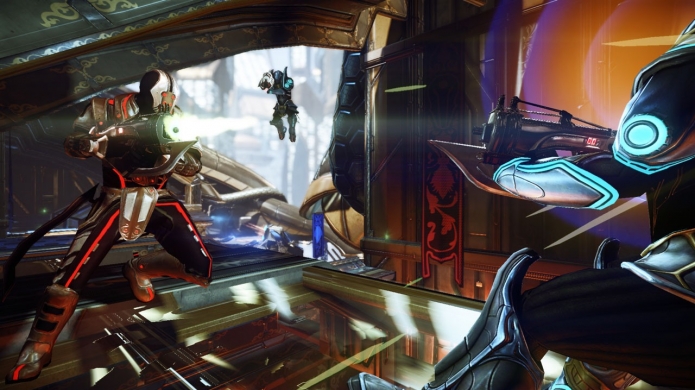 The game is responsive, menus are simple affairs (to the point were they look like they could have been made in MS Paint) and it’s easy to navigate the options, albeit limited. There’s some training with bots but for the most part you are stuck finding games on the web or locally on LAN. Unfortunately, almost no-one was playing when I originally jumped on for a game, but I eventually found one in the US (with an awful ping).

This leads me to the first hiccup - the game servers are all hosted at the developers end, there are no dedicated servers available. While the developers promise to eventually introduce them, not having them available for launch is a pretty poor effort. Small games like these live or die based on the first few weeks of availability, so when you punt the title out into the field without all its bits intact, people aren’t going to be willing to wait around for too long.

Once you are in a game, however, you can see both the dirty remnants of a port and the slight glimmer of light from overall improvements. First off, the battles are significantly faster, to the point where it’s actually quite difficult to navigate the shimmering, chrome-like reflections of your surroundings. A keyboard and mouse in hand almost transforms the experience entirely, bringing things up from that slow analogue-stick drag to a swift turn and click to target. 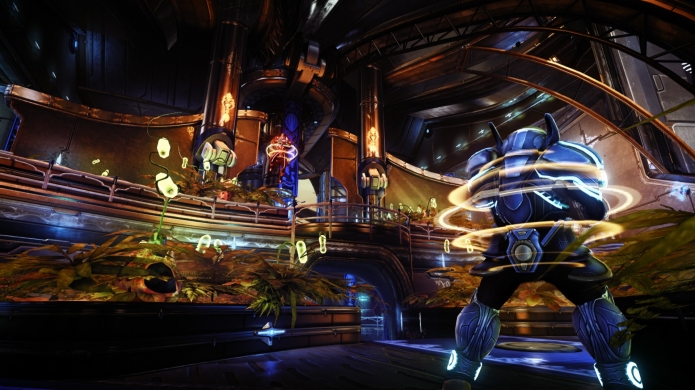 Along with improved movement is the advance of quick weapon changes, easy triggerless firing, and simple zoom. Everything screams along at the maximum frame rate allowed, with little tearing, flickering or blur. Textures and models have been improved, but frankly, most of this is due to the unrestricted power of the engine being dragged kicking and screaming out of an Xbox 360 and onto the desktop.

Unfortunately (just as things were going so well) the developers fell into the trap of keeping the FOV (field of view) settings exactly the same as its console based predecessor. Your weapon takes up an abhorrent amount of screen real-estate, making it difficult to see enemies quickly and easily. Firing and bullet impact are practically non-existent, you might as well be lobbing soft boiled eggs for the response you get from sound and on-screen response.

While many have touted the mutagen system as a refreshing change to the FPS landscape, it’s nothing more than a silly gimmick after the first few matches. Most activated 'gens barely make any real difference in the middle of a fierce match, and they cycle so quickly that the impact is generally always minimal. However, there is one exceptionally cool one that turns the whole game into a 8-bit doom style arena, which although distracting, is hilarious to look at and play.

The weapons are still arguably the worst part of the game; boring and generic; none of them feel meaty or exciting. Drops across most maps are rare, and unless you kill someone and pick up their gear, you’ll often find yourself nursing the same gun until you die. Like the XBLA version, it all feels just a little too much like a Quake 3: Arena HD, which would be fine if nothing else had released between 1999 and now. Sadly for Nexuiz, quite a lot has, and most of it is better. 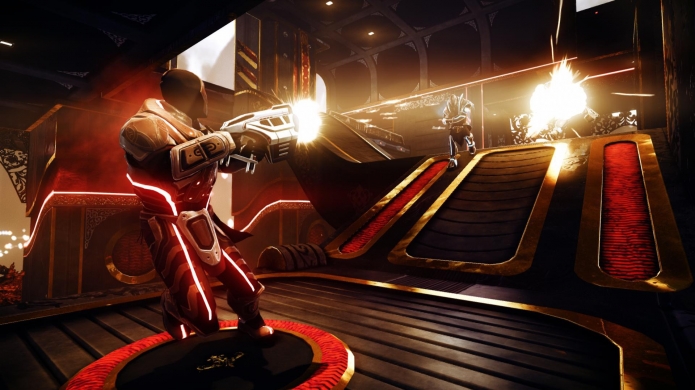 This new PC game feels more like a converted console-title than an enhancement of the original PC mod, and while there are noticeable improvements in various parts, most of them owe nothing to the game itself. Almost all of the improvements are simply native benefits of the PC platform and CryEngine 3 -- from the frame rate, to the textures and netcode. With a lack of an open dedicated-server model, community of players, or any tweaks to the pre-existing gameplay conventions, I still can’t recommend Nexuiz to anyone but the most dedicated FPS diehard.
Latest Comments
Link